Home » Cleansing toxic thirdhand smoke from your home and your body 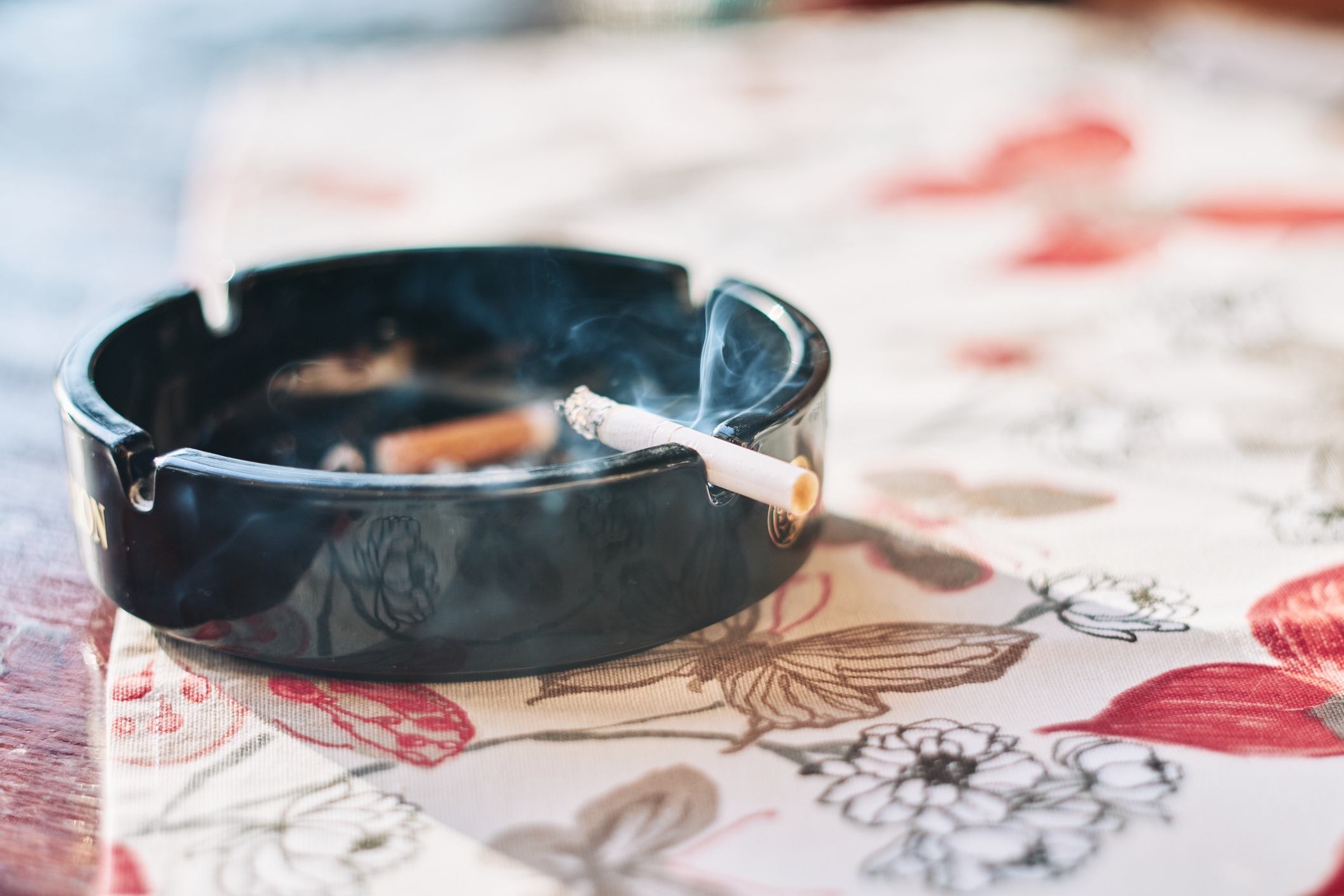 With people spending more time at home than ever before during the COVID-19 pandemic, it’s important to have a clean, safe dwelling. But if you live with a smoker or in an apartment building with smokers, this can be difficult to manage given the likelihood of exposure to tobacco smoke.

By now, we are all well aware of the dangers of secondhand smoke, the smoke from burning tobacco products such as cigarettes, cigars or pipes, as well as the smoke that has been breathed out by the person smoking. There is no safe level of exposure to secondhand smoke, which is estimated to have killed 2.5 million people since 1964.

But you may be less familiar with “thirdhand smoke,” a term for the tobacco smoke and e-cigarette vapor residue that sticks to dust and household surfaces. Thirdhand smoke can build up over time and lingers long after secondhand smoke has cleared.

Even if you don’t smoke, you can be exposed to the harmful chemicals in thirdhand smoke if you reside in a dwelling where a smoker previously lived. Like other household hazards such as lead and allergy-causing dust mites, thirdhand smoke can be extremely difficult and expensive to completely remove.

That’s because just cleaning the surface doesn’t completely remove the chemicals. Thirdhand smoke can become deeply embedded in carpets and drywall and the residue can later be released back into the air or picked up by touching.

Thirdhand smoke can be especially dangerous for children because they tend to be closer to surfaces like the floor where dust gathers, and they are more likely to put objects in their mouths or put their hands in their mouths after touching contaminated surfaces. Also, children’s immune systems tend to be less fully developed than adults’.

While the health impacts of thirdhand smoke have not been as well-documented as those of secondhand smoke, it definitely has shown dangerous tendencies. For instance, thirdhand smoke can react with airborne chemicals like nitrous acid to form cancer-causing compounds.

Some studies have shown that exposure to thirdhand smoke can cause DNA damage to human cells. And researchers are currently investigating to see if thirdhand smoke plays a role in lung cancer cases that are not connected with firsthand or secondhand smoking.

Eradication can be an uphill battle

Researchers at San Diego State University studied potential thirdhand smoke cleaning methods in multi-unit apartment buildings, looking specifically at nicotine on surfaces and in dust. They only tested homes of strict nonsmokers so that they could be sure the levels detected were not caused by the residents or their guests, but by secondhand smoke from neighbors or previous residents who smoked.

Households were split into three groups. The first received a thorough vacuuming and dusting followed by professional carpet and furniture steaming and cleaning of all linens a month later, and the second received the reverse. The third received both cleaning types on the same day. The homes were tested for nicotine contamination before, immediately after and three months after each cleaning.

While nicotine contamination was immediately reduced in all three groups after cleaning, it increased again during the three months following, regardless of which cleaning regimen was used. This shows that no matter how significant the positive effects of cleaning, they are temporary.

Some cleansing methods that help

Don’t be fooled by a lack of cigarette odor — there are plenty of ways to get rid of the smell of cigarette smoke, but it doesn’t prevent the off-gassing of the residue embedded in a home.

Opening windows, running fans or air filters and using baking soda on soft surfaces can remove the scent of smoke, but they do nothing to remove thirdhand smoke. Keeping your home clean and dust-free is the best defense.

And despite how hard it is to completely remove thirdhand smoke from a dwelling once a smoker has lived there, the SDSU researchers say there are two ways residents can reduce its presence and the risks that come with it…

Minimize household dust. The easiest, best way to reduce thirdhand smoke exposure through dust is to frequently vacuum all soft furnishings and floors and dust or mop all hard surfaces. Using a vacuum with a HEPA filter is particularly effective.

Next, you should think about cleansing your body. If you’re exposed to thirdhand smoke daily, consider detoxing. Also known as cleansing, this supports your body’s detox organ, your liver, as it works hard to process toxins from your body. There are numerous ways, including water cleanses and juice fasts or, even easier, there are cleansing foods that can become a part of your regular diet.

Take broccoli sprouts for starters… Scientists at Johns Hopkins University, along with several Chinese researchers, found that a phytonutrient in cruciferous vegetables like broccoli and Brussels sprouts is key to eliminating air pollutants from the body.

In their 12-week study, 291 Chinese adults were asked to drink either a half cup of broccoli sprout drink daily or to drink pineapple or lime juice.

Throughout the 12 weeks, those who drank broccoli sprouts excreted 23 percent more acrolein (a nasty irritating toxin emitted during smoking and from secondhand smoke and burning fuel), and 61 percent more benzene — a well-known carcinogen found in gasoline and in paints, paint thinners and varnish.

You can read about other foods from the produce aisle that help you avoid the dangers of disease-causing pollution here.