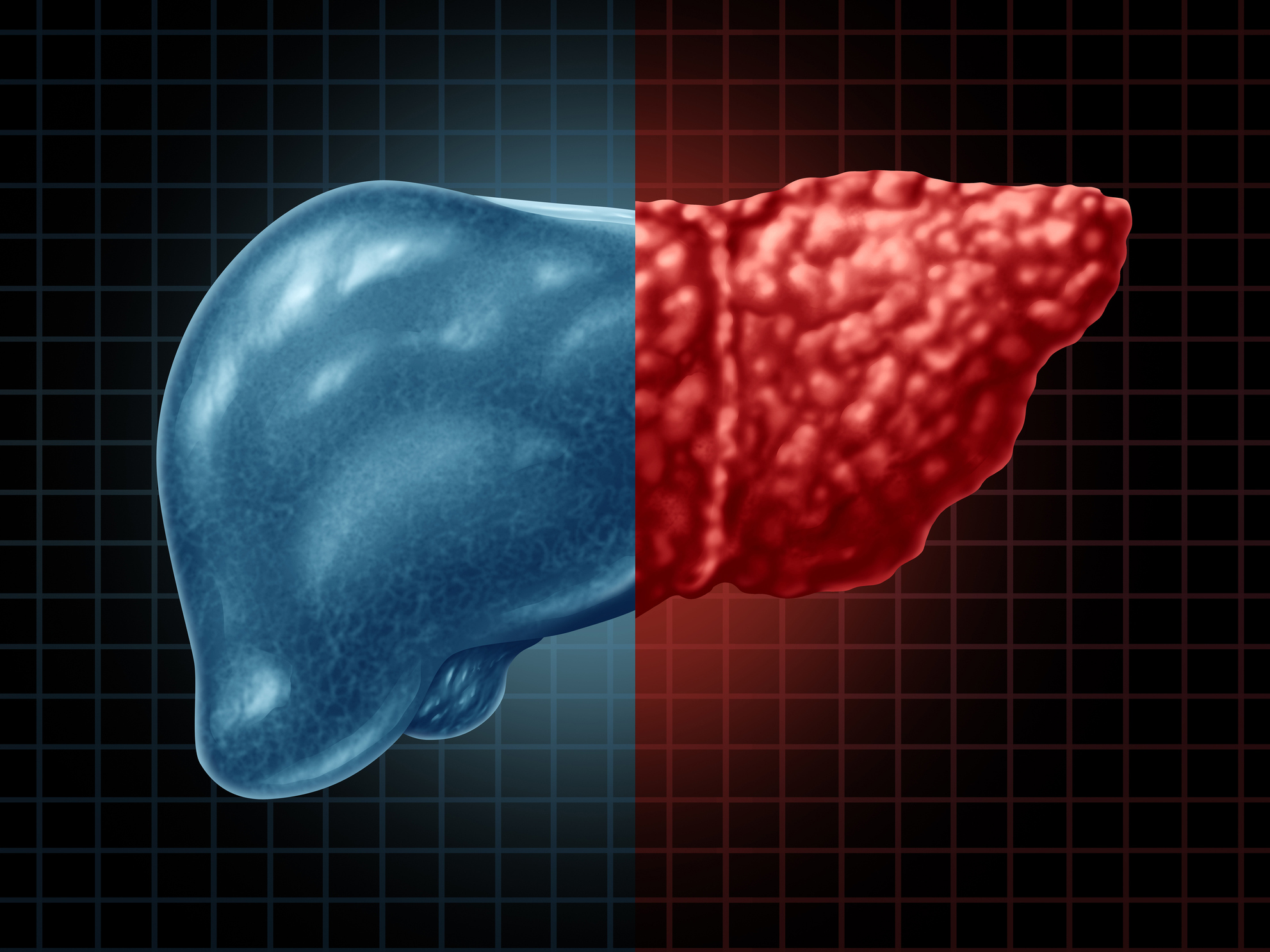 Most of us think of liver problems in relation to drinking alcohol.

But, while alcohol can damage your liver, there is a much sneakier cause of liver damage that you could be living with right now and not even know it.

Basically, it’s when more than five percent of your liver’s total weight is made up of fatty tissue. And, unfortunately, it’s estimated that 80 to 100 million people currently have the disease yet have no idea because they’re not experiencing symptoms.

You might think that not having symptoms is a good thing. I mean, who wants to deal with the fatigue, abdominal pain and weight loss that can come with the disease. But, on the other hand, NAFLD can progress to non-alcoholic steatohepatitis (NASH), which in turn can even lead to cirrhosis, liver failure, and liver cancer.

Thought to be caused by metabolic syndrome, NASH is set to become the leading cause of liver disease in many parts of the world.

Now, two independent national studies have examined just how incredibly dangerous both NAFLD and NASH really are. You should be concerned — but you don’t have to be for long, because I’m going to tell you how to protect your liver and your life.

After examining the high rates of liver disease progression and mortality among patients with NAFLD and NASH, the studies’ findings were at The International Liver Congress™ 2019 in Vienna, Austria.

The first study was done in Germany and they found that NAFLD/NASH patients that moved to advanced liver disease had up to a 50 percent higher risk of death.

‘Perhaps most worryingly, during the 5-year study period, 11 percent of the NAFLD/NASH patients progressed to advanced liver diseases and 17 percent of CC patients progressed to DCC, after accounting for any dying patients,” said Professor Ali Canbay from the University of Magdeburg Medical School in Magdeburg, Germany, who presented the study findings. ‘This demonstrates very clearly the need for early detection and effective treatment to prevent progression and potentially reduce mortality.”

Related: 9 fatty liver disease triggers and 8 ways to avoid it

“Before this study, we had very limited data on the disease progression and mortality of NAFLD/NASH patients in our country,” explained Professor Jerome Boursier from Angers University Hospital in Angers, France. “We were surprised by the high overall mortality rate among these patients (7.9 percent) – almost twice that of the general population of a similar age.”

Overall, the research teams found that within 10 years of diagnosis, up to 11 percent of patients with NAFLD/NASH had progressed to advanced liver diseases — meaning that they had been diagnosed with cirrhosis, had been put through a liver transplant or had advanced to hepatocellular carcinoma.

With these startling statistics, you can easily see how very dangerous fatty liver really is and how important it is to avoid it at all costs.

For the ultimate in fatty liver protection, you should:

Being overweight is one of the main risk factors for NAFLD. To keep your liver functioning at its best and prevent fatty buildup, you must lose any extra pounds you’ve been carrying around.

Researchers at the Keck School of Medicine of USC proved that a fatty diet contributes leads to a fatty liver. So, avoid a diet high in bad fats and cholesterol and instead focus on fresh fruits and veggies, especially ones that are rich in nitrates such as spinach, beetroot, lettuce, and garlic since they’ve been shown to protect your liver.

Research has shown that eating more protein following weight loss is associated with reduced liver fat. The results of a study reported in the American Journal of Physiology-Endocrinology and Metabolism suggest that the optimal amount is 0.8 to 1 grams of protein per 2.2 pounds of body weight. So, someone who weighed 180 pounds would consume between 65 grams and 82 grams of protein.

Certain supplements have been found to give the liver a helping hand. These include: