Home » Dodge the epidemic that has you in its crosshairs 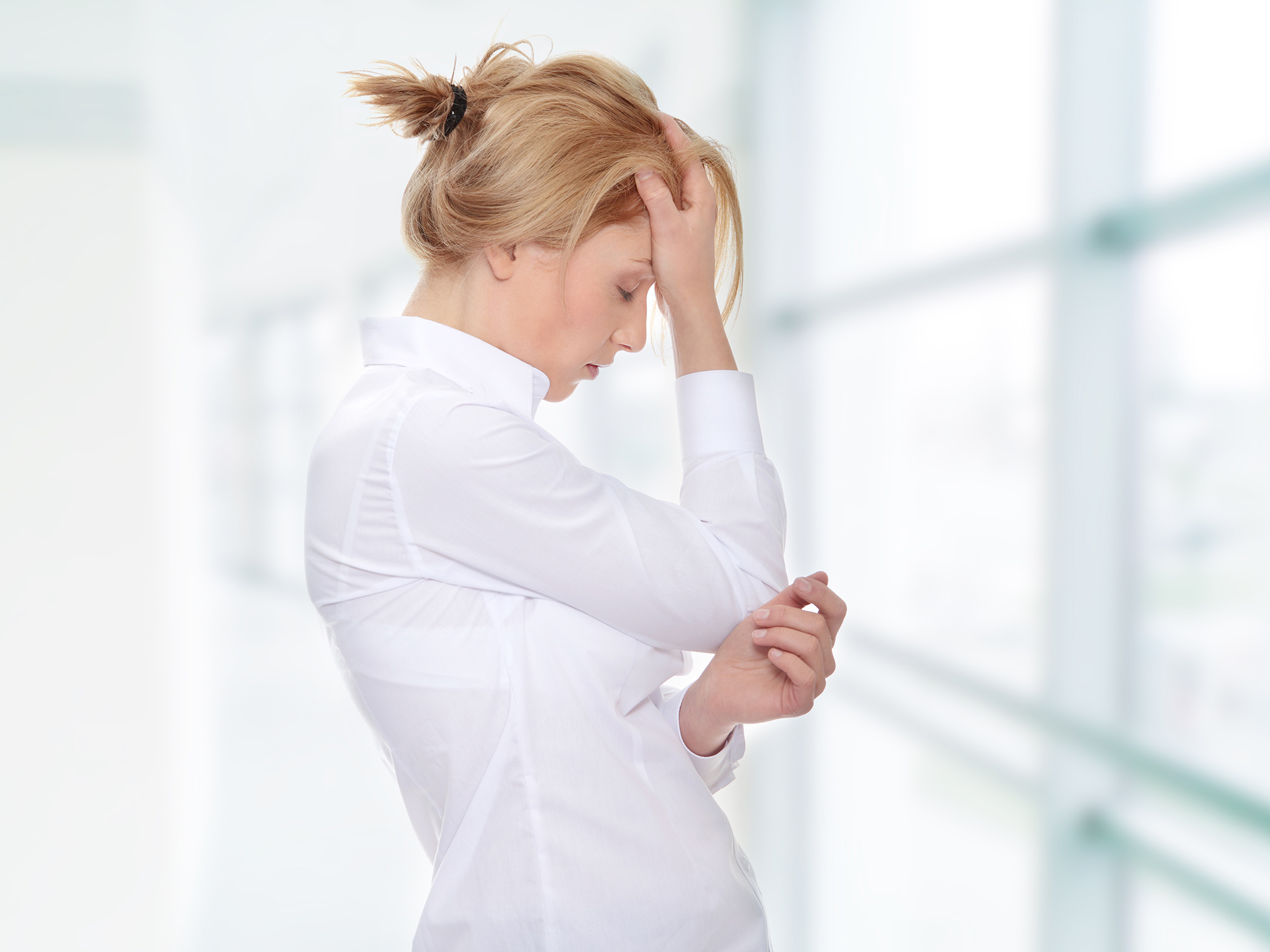 They are among the most difficult diseases of our modern age, and their rates are skyrocketing. Beyond the life-sapping symptoms, there’s the element of betrayal. Instead of defending the body, the immune system goes rogue, attacking joints, organs, tissues, even the brain, causing inflammation and destruction.

In the US, as many as 23 million people, mostly women, suffer from 80+ types of autoimmune diseases. These conditions often share vague symptoms, at least in the beginning: fatigue, mild fever, difficulty concentrating, allergies, unexplained pains. Misdiagnoses are extremely common and all too often the disease is blamed on psychological factors. For many, a clear diagnosis comes at the end of a long road of struggle and self-doubt.

And once diagnosed, treatment options are limited.

Unfortunately, there is no magic bullet for autoimmune disorders. Most AI therapies are designed to control symptoms rather than address causes — because we still don’t conclusively know what those underlying causes are. Conventional treatments suppress flare ups, and include anti-inflammatory drugs, immune suppressors and other medications — all of which can have significant side effects.

The good news is that there are a handful of holistic approaches that can help manage these conditions and reduce disease severity, help control a rogue immune system and ease some of the discomfort.

What’s happening to the body

On the simplest level, autoimmune diseases can be viewed as the result of a communication breakdown. For some reason, immune cells lose the ability to differentiate between healthy tissue and disease-causing invaders. In type 1 diabetes, for example, immune cells destroy pancreatic beta cells that produce insulin and keep blood sugar under control.

All autoimmune conditions share this theme of self-destruction: Addison’s disease, lupus, celiac disease, Hashimoto’s, multiple sclerosis, rheumatoid arthritis, the list goes on. They’re all a result of attack on specific tissues by an out-of-control immune system.

Until recently, many scientists felt that these disorders were caused entirely by genetics. However, continuing research is showing that it’s much more complex. The saying, “genetics may be the gun, but it’s the environment that pulls the trigger” has gained a lot of traction in this field.

There’s increasing evidence that chronic exposure to pesticides, heavy metals and other toxins can increase a person’s risk of developing an autoimmune disorder. For example, lupus clusters have been observed in farmworkers heavily exposed to specific pesticides, and in other areas of increased toxin exposure.

In general, there’s a growing belief among scientists and doctors that our accumulated exposure to toxins is sending the immune system into overdrive, particularly in sensitive individuals.

The potential role of bacteria

Researchers have suspected that bacteria and other pathogens may also play a role in AI diseases. In some cases, an infection may start off with a normal immune response, but escalate into an overreaction that becomes chronic.

Other research is showing that bacteria found in the gut, our individual microbiome, may play a significant role in AI diseases. We know that the species of gut bacteria varies greatly between individuals and even cultures (pun intended). One study conducted by Harvard, Sloan-Kettering and NYU showed an association between the bacterium Prevotella copri and rheumatoid arthritis. They found P. copri in 75 % of stool samples from patients who had just been diagnosed with RA, but only in 21 % of samples from healthy people. This is a fascinating area of research which one day may open the door to innovative forms of treatment.

Women are three times more likely to develop an autoimmune condition, and women of childbearing age seem to be at particular risk. Once again, we don’t understand the mechanisms involved, but hormonal influences are suspected to play a role. Toxins are known to bind to estrogen receptors, so there may be hormonal dysregulation fueling the reaction.

Stress may also be a factor, triggering cascades of pro-inflammatory hormones. Women who are juggling career, family, etc. are particularly at risk for the type of chronic stress that keeps the body in overdrive mode, which in turn may contribute to autoimmune conditions.

On a mind-body level, modern society pushes women to be more critical of themselves and to sacrifice their own needs. When viewed from a holistic perspective, this type of “self-sabotage” is similar to what’s happening on a cellular level in AI diseases. Being mindful of this burn-out risk, and taking time to practice loving self-care, can benefit people struggling with autoimmune conditions — both men and women.

With limited conventional treatment options — none of which address root causes — a holistic approach is an important part of effective AI management. This includes diet, exercise, stress reduction, trigger avoidance and targeted supplementation.

An anti-inflammatory diet and lifestyle form the basic foundation for health — in AI disease, this approach is a must. Emphasize organic produce and meats, lean protein, lots vegetables, some brightly colored fruits, healthy fats, raw nuts and seeds, and unprocessed foods. I particularly recommend cruciferous vegetables, which when metabolized, produce a compound called DIM that helps maintain hormone balance. In addition, cruciferous vegetables such as broccoli, chard, kale and cabbage are excellent detoxifiers. A recent study found that a drink made from broccoli sprouts helped remove the highly prevalent toxin, benzene.

Sugar is inflammatory, so be sure to limit intake as much as possible. The same is true of alcohol, caffeine and gluten, as well as processed foods full of inflammatory chemicals.

Addressing food sensitivities/allergies is also a must, as certain foods can be powerful inflammatory triggers that damage the protective gut lining where much of our immune activity takes place. An elimination diet is a good first step, but this is an area best explored with a qualified healthcare provider.

Related: 7 myths about gluten that are secretly tearing you up inside

It’s also a good idea to support our microbiota by incorporating fermented foods such as yogurt, kefir, sauerkraut, and kimchee. These are rich in nutrients, enzymes and healthy bacteria to help balance the immune system.

Sleep is another critical component to address. Research continues to show the profound impact of restful sleep on all areas of health. Melatonin, the master sleep hormone produced in response to darkness, triggers a cascade of signals that influence neurological, hormonal, immune, cellular function and more. It makes sense that when we are in tune with our natural circadian sleep/wake cycles, that our other systems are better able to maintain proper balance.

Meditation and meditative practices like yoga, Tai Chi and Chi Gong have shown benefit for sleep disturbances, and have a favorable impact on the immune system. Since these practices lower inflammatory stress hormones, they can be a very effective part of a daily routine for managing an autoimmune condition.

In addition, I always urge my patients to identify and avoid personal inflammatory triggers that cause their symptoms to flare up. These can be highly individual: dust, molds, animals, certain foods, or a specific household product.

You may have heard that medicinal mushrooms are immune boosters, which is true. But that’s only part of the story. They actually seem to train the immune system to respond appropriately.

If all mushrooms did was gear up the immune system, it wouldn’t make sense to use them to combat an autoimmune response. So it’s important to understand that mushrooms are more immune modulators than immune boosters. They can be useful both to accentuate an underactive immune response, and to tamp down an overactive one. In other words, medicinal mushrooms have the innate ability to help the body find immune balance. In addition, mushrooms can be quite helpful in any detoxification regimen, as their porous structures tend to absorb toxins. I recommend reishi, coriolus, cordyceps, polyporus, agaricus and others.

Emerging research is identifying one of the most important botanicals for addressing numerous chronic, inflammatory conditions: modified citrus pectin (MCP), made from the pith (white inner portion) of citrus peels. MCP is a form of pectin that has been broken down into smaller particles to enable it to pass from the digestive system into the circulation and exert system-wide benefits.

For those suffering from autoimmune conditions, MCP is an excellent detoxifier, gently removing heavy metals, dioxins and a variety of other toxic compounds. MCP also serves another important function by inactivating a protein called galectin-3, which is often elevated in people with chronic inflammatory conditions, including autoimmune disease. By blocking harmful galectin-3 signals, MCP reduces inflammatory stimulation. Elevated galectin-3 has also been linked to cancer, cardiovascular disease, organ fibrosis and damage (a hallmark of autoimmune diseases) and other pro-inflammatory conditions.

In addition to medicinal mushrooms and MCP, common herbs and spices can also help control inflammation. Ginger, rosemary, garlic, cayenne pepper, turmeric and clove are just a few. These can be incorporated them into meals, or taken in supplement form for more concentrated effects.

Many people have made significant improvements in their autoimmune conditions by taking the reins and committing to anti-inflammatory dietary changes, targeted supplements, and nourishing lifestyle practices. Each healthy modification adds to a more balanced life, bringing more energy and stamina and an immune system that works for us, rather than against.