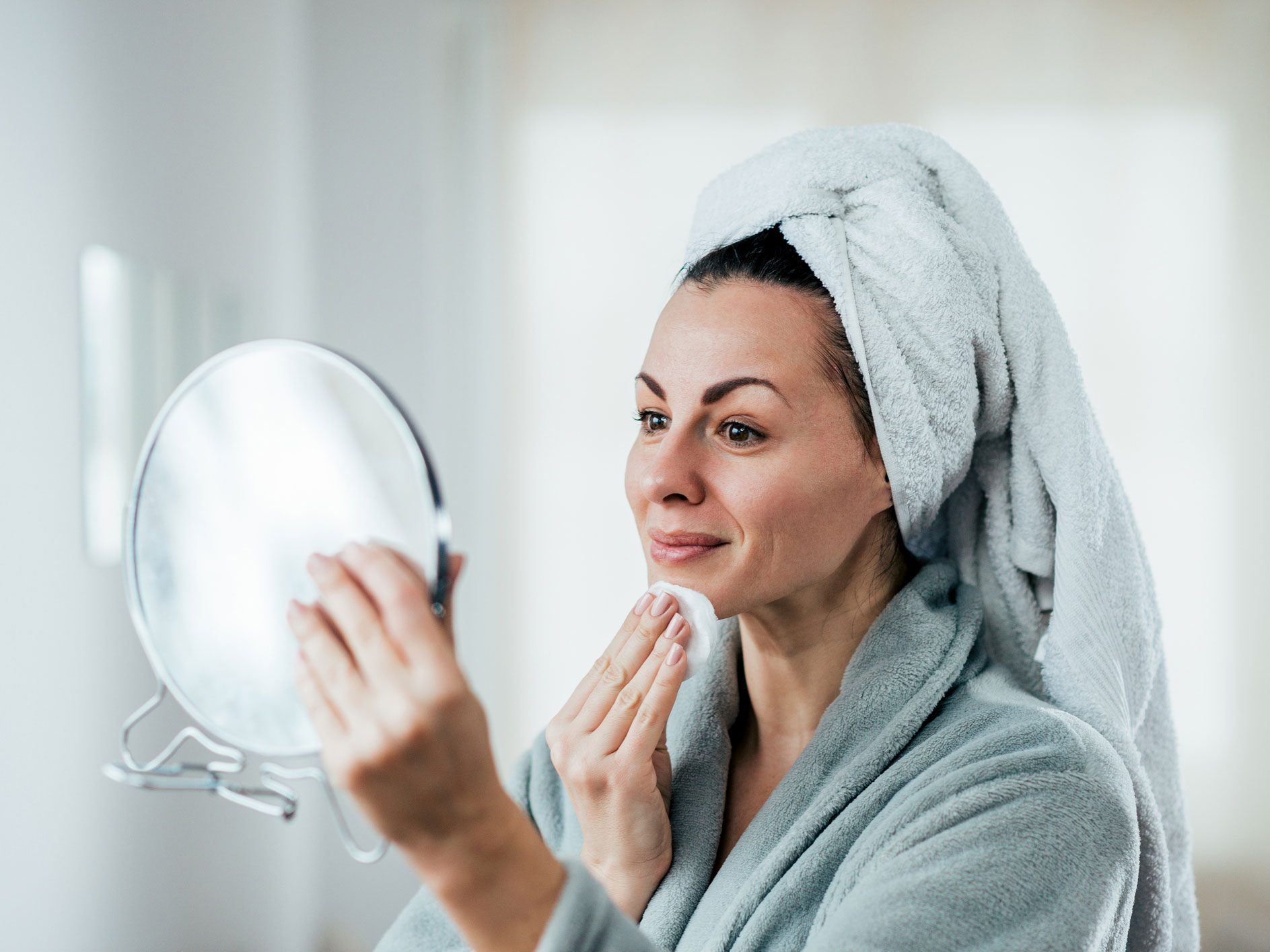 My oldest daughter is just starting to move into her pre-teens. And, in addition to the changes in her body that she can expect over the next few years, something we’ve been spending a lot of time talking about is skincare.

In fact, she now loves to participate in my skincare ritual twice a day — cleansing, toning, serums, and moisturizers. You name it, she’s into it.

And, one of the most important things I believe that I’ve taught her about caring for her skin is that when you wash your face, you do it twice.

Yes, you read that right — twice.

If you haven’t heard of it before, washing your face twice every time may sound weird but it’s a trend that has been booming over the past few years. It’s called the double cleanse.

And, when I first tried it myself a little over a year ago, I became immediately hooked and I think you will too. Here are the ins and outs of how and why you should always wash your face twice…

Based on Korean skincare

I first read about the double cleanse in a beauty blog that I follow. It’s a system based on the Korean regimen of skincare and it promised to deliver clearer, healthier skin and smaller pores — a promise I’ve found to be true.

The reason behind the hype is the fact that oil-based cleansers are considered better for getting rid of all of that excess oil that builds up on your skin as well as your oil-based products, like makeup and sunscreen. And, when you follow with a water-based cleanser, you’re able to whisk away all of the pore-clogging dirt that oil cleanser can miss.

Done right, the double cleansing system can leave your skin cleaner than ever before and your pores pristine, without the worry of drying it out. And, of course, since you’re getting rid of the oil and dirt that can dull your appearance, a radiant glow is just another benefit of doubling up on your cleansing routine.

In fact, the benefits of the double cleanse have made it so popular that it’s even embraced by worldwide celebs, including Meghan Markle.

But, you do need to know how to choose the right cleansers if you want to make the double cleanse work for you…

First, to find an oil-based cleanser, look for one that’s called a cleansing balm or cleansing oil. Since they’re packed with natural emollients, they’re not only less likely to cause irritation, they can also help ward off dryness.

There are plenty on the market, and some may be pricier than others. But don’t forget about the original oil-based cleanser, coconut oil.

Skincare experts explain that “oil dissolves oil.” You may be skeptical at first and worry that coconut oil will leave you with an oily face, but that’s not the case at all. Massaging oil into your face is extremely relaxing and therapeutic — like a spa treatment.

Another beauty oil making a resurgence is black seed oil. It’s been around for quite a while though. In fact, it’s reported to have been one of Cleopatra’s (as in the queen of the Nile) most guarded beauty secrets. Vitamin A, amino acids, and fatty acids found in black seed oil work together to regenerate skin cells. It’s also reported to naturally help fight acne. So I’ve just started giving it a try and am pleasantly surprised at how good my skin feels and looks.

For that water-based cleanser, simply check the ingredient list. If the first item listed is water, it’s a good option. You’ll just have to remember to try a few out to see which one works for you and is gentle enough not to dry your skin.

One thing that can help is to look for one with a pH between 4 and 6 so that it more closely matches your skin’s own natural pH and to moisturize immediately after use.

Once you try the double cleanse, you’ll love how amazing and fresh your skin feels and looks. And, if you’re like me, you’ll never go back to a single wash again.