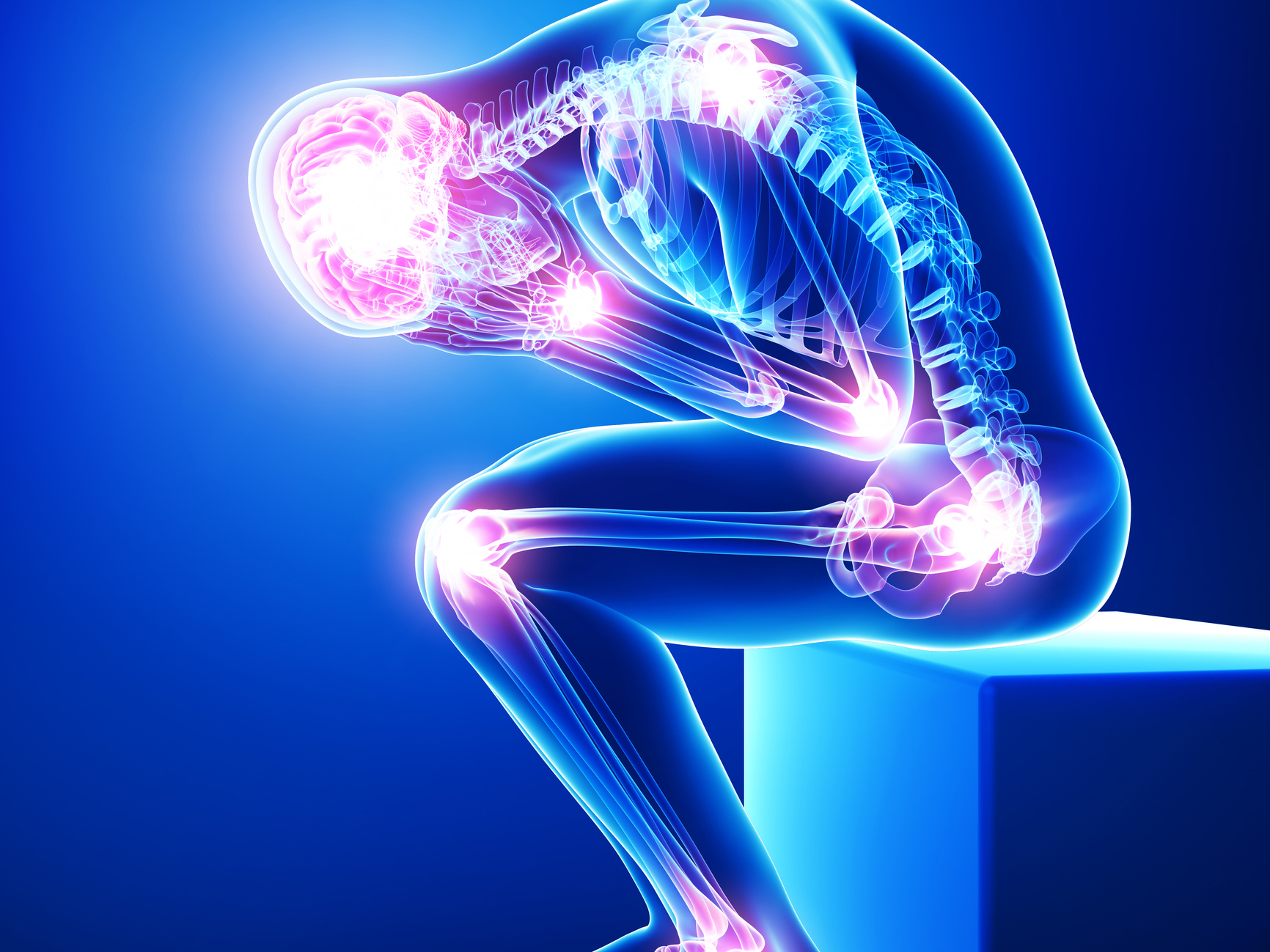 I’ve always been someone who needs to eat regular meals. I have friends who can make it to dinner on nothing but a chai tea and a granola bar. But if I don’t eat lunch by 2:00 pm, I feel lightheaded and weird.

That’s probably why I’ve never tried fasting. It sounds good in theory. It improves digestion, increases energy and helps cleanse your body. And as someone who’s into yoga and meditation, there’s a certain romantic appeal to fasting. I picture a lithe yogi sitting in lotus position fasting in a serene mountain setting. And I want to be that yogi.

Then I remember the time I forgot to eat lunch before a four-hour flight and thought I was going to faint as I stood in a single-file line slowly inching my way off the crowded plane into a more crowded airport. But I still haven’t totally written off the idea of fasting someday…

How can I when I keep reading about its amazing benefits?

In fact, a new study shows that fasting is an effective way to fight chronic inflammation… you know, the stuff that puts you at risk for cancer, autoimmune diseases and pretty much every other health condition.

What fasting does to inflammatory immune cells

In the study, researchers examined how intermittent fasting affected immune cells in human and mouse blood samples. Here’s what they found…

It reduced the number of monocytes (inflammatory cells) in their blood. Researchers also found that monocytes go into “sleep mode” during fasts, which makes them less inflammatory.

“Considering the broad spectrum of diseases that are caused by chronic inflammation and the increasing number of patients affected by these diseases, there is an enormous potential in investigating the anti-inflammatory effects of fasting,” said study author Stefan Jordan, Ph.D., a postdoctoral fellow in the Department of Oncological Sciences at the Icahn School of Medicine at Mount Sinai.

You have a few options…

Now, if you’re afraid to fast (like me) I have good news…

Intermittent fasting (the kind used in the study) can be adapted to meet your lifestyle and individual needs. For example, you can limit your daily eating window to eight hours and fast for 16 hours. For me, that might mean eating breakfast at 8 a.m. and dinner at 4 p.m., since I have no problem not eating at night if I get my three daytime meals in.

If you think I’m a drama queen for making such a big deal about skipping a meal here and there, then you may want to try a more intense version of intermittent fasting. You could fast for 24 hours once or twice per week.

Limiting your calorie intake to 500 to 600 calories two days per week is another option (just make sure you don’t do it two days in a row). Or try the fast-mimicking diet, which is similar but the calorie restriction isn’t quite as extreme.

Try whatever fasting approach appeals to you most. Or if fasting isn’t for you, try another approach for curbing inflammation — one that’s focused on eating rather than not eating — switching to an anti-inflammatory diet.