Home » How did they get the healthiest hearts in the world? 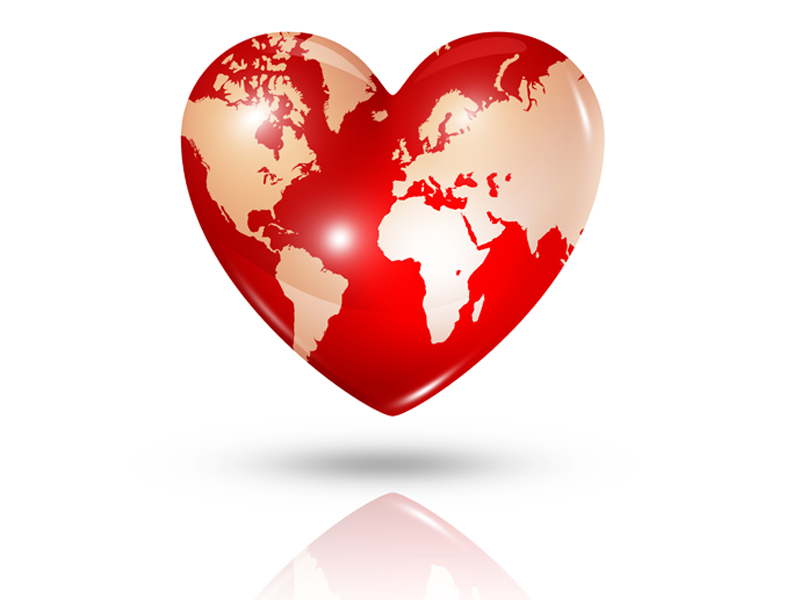 An astonishing discovery has recently been made, but I bet you haven’t heard a word about it…

And this is big. Big enough it should have made the nightly news on every major channel and some major headlines too.

But not in the U.S., though… where mainstream medicine would prefer you keep paying their doctors to perpetuate the biggest (and most lucrative) medical myth modern “healthcare” and Big Pharma have ever conspired regarding your heart health…

I’m a hound, though, when it comes to natural health, and I found this lifesaving news tucked away on a British news site…

Weird thing is… no one needs to hear how a group of 16,000 people have managed to keep their hearts clear of coronary artery calcium (CAC) — through age 75 — more than Americans.

Because in America, where heart disease is a prolific as biased news reporting, by the time we reach the ripe age of 75, more than 80 percent of us will have plenty of CAC — the tell-tale sign of clogged blood vessels that lead straight to a heart attack.

Meet the people with the world’s healthiest hearts

It turns out that researchers have been spending a lot of time with the Tsimane people (pronounced “chee-may-nay”) — a 16,000-member strong community of hunter-gatherers living a life in the Amazon rain forest similar to the way all of our ancestors lived thousands of years ago.

And after years of research, scientists say, without a doubt, the Tsimane have been found to have the healthiest hearts in the world. Not only that, but their hearts are so healthy, it’s hard to even draw a close comparison to another group of people.

Now, first off, there are a few things that stand out about the Tsimane that probably have a lot to do with their exceptional heart health…

But, and this is very odd at first glance…

According to Dr. Gavin Sandercock of the University of Essex, who is involved in the research, the Tsimane get 72 percent of their energy from carbohydrates.

Surprised? You’re not alone… so was Dr. Sandercock, “The fact that they have the best indicators of cardiovascular health ever reported is the exact opposite to many recent suggestions that carbohydrates are unhealthy.”

Americans get 52 percent of our energy, or calories, from carbohydrates and as a nation we are living a metabolic syndrome nightmare — that includes diabetes, hypertension and obesity — we’ve been told, as a result.

Remember last week when I wrote about what happens when you give up gluten, sugar and diary and explained that even though our ancestors ate most of the same foods many of us still eat today, the modern versions bear no resemblance to the ancient foods?

I used wheat as an example, explaining that everything is different about modern wheat — from the way we grow it (drenched in pesticides) to the way we process it by milling out portions of the wheat kernel that hold the nutrients… to the way we eat it — with additives galore, including sugar (a proven cancer generator).

In other words, what might have been healthy then is definitely not now.

Well the same thing can even be said of the meat and the fish we are eating, both important staples of the Tsimane diet. And the carbs they’re eating are not the carbs you’re likely eating.

What give is this: the Tsimane are real-life, living, breathing proof that eating like your Paleolithic ancestors can promote great health — and that the paleo diet — done right, is the closest you can come to having one of the healthiest hearts in the world… without moving to the Amazon and living a hunter-gatherer lifestyle.

I feel so strongly about this that in the second half of this post, I’m going to break it down so you can see the subtle differences that can boost — or take — your heart health…

The first thing I want to tackle is the grain issue.

The modern paleo diet excludes grains because they are anti-nutrients — the opposite of good nutrients your body needs. Anti-nutrients increase inflammation and lead to chronic fatigue and myriad random symptoms that make autoimmune diseases hard to diagnose. I think modern grains are the most dangerous food in your kitchen.

Now, the Tsimane do include some grains in their diet. They grow some rice and consume maize (corn). I can understand the need for a sure-thing to fall back on when the wild pigs, tapir and capybara, or even the freshwater fish that make up a lot of their diet, may be scarce at times.

But you can bet their rice and maize is far from what you’ll find at your grocer. Our modern corn is the poster child of “GMO” grains… ultra-processed and adulterated… milled of any nutritional value… used as a filler and feed staple… and a sweetener (high fructose corn syrup) that, according to the Childhood Obesity Research Center, the human body isn’t designed to process.

Our rice? If you can be sure it’s not plastic, be careful of the arsenic levels which seem to be on the rise — which can be especially problematic if you’re going gluten-free the wrong way. But just like wheat and corn, the processing of rice removes any trace of nutrient value.

If you have access to healthier food, why would you eat a food that offers nothing but starch and sugar? But grains are carbohydrates, so let’s talk about that…

The fact that carbs make up 72 percent of the calories in the Tsimane diet seems paradoxical to the fact that these people have the healthiest hearts in the world.

That is until you understand where the bulk of their carbs come from: fruits, vegetables and nuts.

One of the Tsimane’s favorite vegetables is manioc root, which is very similar to the sweet potato. Potatoes are off limits on the modern paleo diet because of their high starch/sugar content, but sweet potatoes are allowed.

Plantains, a fruit much like bananas, are also a regular part of the Tsimane diet and are also a fruit allowed on the modern paleo diet. Now, people who are aiming to lose weight may want to eat berries more often than bananas, but the reason it works for the Tsimane is because they are quite active.

Nuts, the tastiest paleo snack, are woefully lacking in the American diet despite their heart-healthy, cancer-fighting, nutrient-rich reputation.

So you see, if 52 percent of the carbs Americans ate came from eating more fiber-rich fruits and vegetables, I could guarantee metabolic syndrome would not be the American epidemic it is. But the disease-causing carbs Americans consume are coming from breads, pastas, ultra-processed junk food (and so-called health foods, like energy bars), fast food, quick-fix boxed meals and a diet heavy in grains.

That grain problem even extends to your meat…

The right meat for the healthiest heart in the world

The modern paleo diet is a meat lover’s dream. But if you’re filling up on processed meats you are in for a nightmare. If you’re eating commercially-raised meat, well, you’re not going to sleep any better after this…

I’m going to skip going on about the growth hormones and antibiotics that meat is pumped full of, and go straight to what your meat is eating. And that’s grain.

If grain isn’t great for you — remember, it’s an anti-nutrient — it’s not any better for the cow or pig or chicken eating it that may end up on your table. You are what you eat, and so is your food.

The Tsimane eat meat. Looking at things side by side, just like us, the Tsimane get 14 percent of their energy from protein.

One of their favorite meats is wild pig. So why are Americans filling up on bacon and pork chops and getting heart disease while the Tsimane have the healthiest hearts in the world?

Wild pig is a much, much leaner meat. It’s a free-range animal allowed to roam and forage on grasses — not ultra-processed GMO grains — and I hear they taste better too.

But one of the most significant new benefits researchers are linking to the consumption of organic meat is a powerful boost in essential heart-healthy omega-3 fatty acids. Meat from grass-fed animals, they’ve learned, has 50 percent higher concentrations of omega-3s than that which is produced by commercial livestock operations. And you are what your beef eats…

It also turns out that organic animal products are simultaneously lower in myristic and palmitic acid — two saturated fats linked to heart disease. This may account for the fact that the Tsimane diet overall is much lower in saturated fat.

Buying grass-fed, free-range or organic meat takes effort. There are few grocery stores where you can go and just find it pre-packaged and waiting on you.

But the Tsimane’s healthy hearts provide compelling evidence that one of the best ways to have a healthy heart into old age is by eating grass-fed or wild-caught meat and fish.

Is it all about the food?

As I pointed out earlier, the Tsimane are very active people. And being rather secluded they are less likely to take part in the bad habits that many Americans do, like smoking or drinking alcohol regularly. Those two things carry significant weight.

But the diet is the biggest part of the puzzle. As Professor Naveed Sattar, from the University of Glasgow said about this real life study, “Simply put, eating a healthy diet very low in saturated fat and full of unprocessed products, not smoking and being active life long, is associated with the lowest risk of having furring up of blood vessels.”

That means you’d need to ditch the ultra-processed foods and their disease-causing calories that make up 60 percent of what most of us eat on a regular basis — which, by the way, accounts for 90 percent of the added sugars causing blood sugar spikes that teach your body to store fat and leads to diabetes and heart disease.

Will it help you get the healthiest heart in the world? Aside from giving up your modern lifestyle to adopt a real hunter-gather way of living, I think it’s the surest route to keep your heart going strong for decades to come.