Home » Getting high could make your migraine go away faster 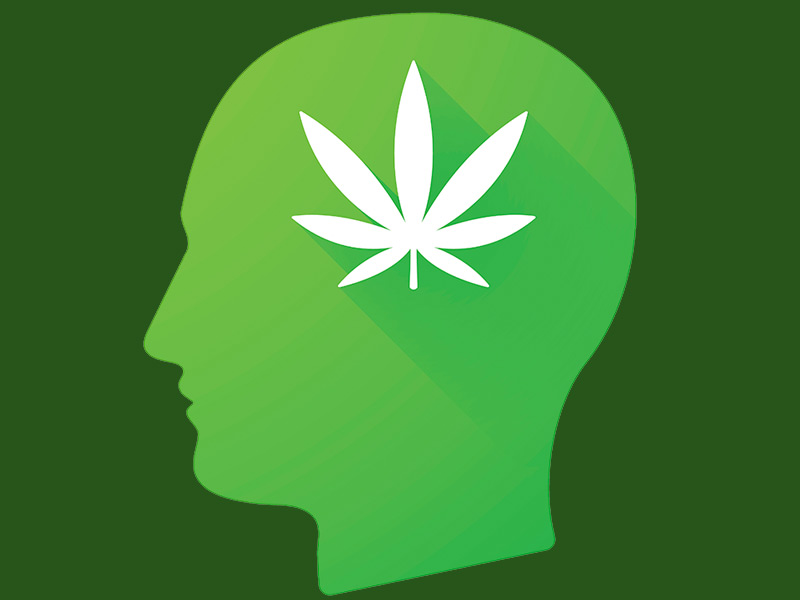 The migraine information you’re about to read isn’t from High Times, the magazine for weed lovers that features articles by Snoop Dogg and Willie Nelson. It’s from a medical journal called Pharmacotherapy whose contributing authors have M.D.s, Pharm.Ds, and Ph.Ds.

It turns out some patients diagnosed with migraine headaches saw a significant drop in their frequency when treated with medical marijuana. On average, the number of migraines dropped from 10.4 to 4.6 headaches per month — a number considered statistically and clinically significant for migraine sufferers.

“There was a substantial improvement for patients in their ability to function and feel better,” said Professor Laura Borgelt, PharmD, FCCP, BCPS, the study’s senior author.

Scientists say marijuana has anti-inflammatory and pain-relieving properties. It also triggers the release of serotonin and dopamine — neurotransmitters that cause feelings of happiness. These characteristics make it an ideal way to combat migraine headaches.

And if you need immediate migraine relief, you should consider lighting up, legally that is…

Medical marijuana for a migraine

The study showed that no matter how the marijuana was “administered,” there seemed to be benefits. But smoking marijuana appeared to best treat migraines already in progress while edible forms of the drug, which take longer to impact the body, helped prevent future headaches.

As research into its use continues, more and more doctors, and the medical community at large, are legitimizing the use of medical cannabis.

But there are roadblocks.

Even though a bill was signed in 2014 that ended the federal government’s prohibition on medical marijuana, (making it so states that have legalized marijuana wouldn’t be at risk for federal drug raids) it is still classified by the U.S. government as a Schedule 1 drug.

The Journal of the American Medical Association printed, “It is time for physicians to acknowledge more openly that the present classification is scientifically, legally, and morally wrong.”

The editor of the country’s most prestigious medical journal concurred. Dr. Jerome P. Kassirer of the New England Journal of Medicine said, “The government should change marijuana’s status from that of a Schedule 1 drug to that of a Schedule 2 drug and regulate it accordingly.”

According to the DEA, Schedule 2 drugs are “substances, or chemicals are defined as drugs with a high potential for abuse, with use potentially leading to severe psychological or physical dependence.” Some examples include Vicodin, Dilaudid, Dermerol, Adderall and Ritalin — all cash cows for Big Pharma.

Currently 23 states and Washington D.C. have legalized medical marijuana, given its 10,000 year history as a safe herbal remedy for a multitude of conditions. Each state has specific qualifying conditions which can be found here.

If you’re interested in learning more about medical marijuana, including how to use it and how to get it, see Dr. Michael Cutler’s detailed article here.