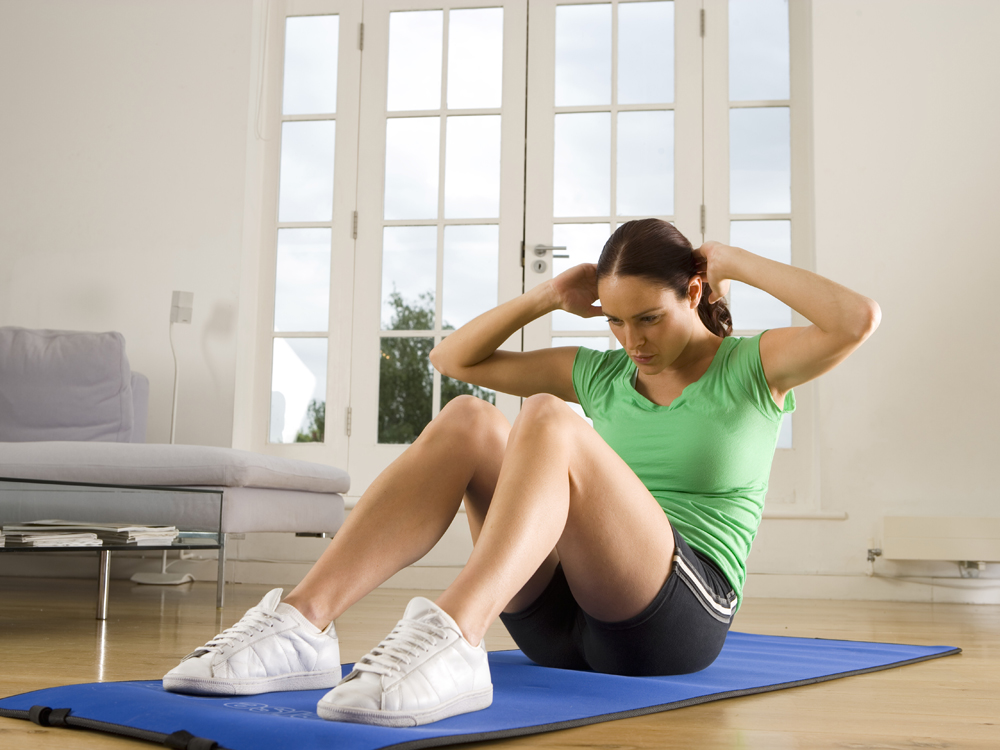 Sit-ups have been the old standby of abdominal strength exercises for years. Whether you’ve done them in an exercise class, with a personal trainer or in your living room as you watch T.V., you’ve likely held on to the hope that one day they’ll banish your belly fat for good and give you the abs of a Greek god or goddess.

A lot of research has been done on sit-ups over the years and the results are a mixed bag. Sure, sit-ups do improve flexibility and muscle strength. But at a cost…

More and more experts are saying that including old-school stomach crunches in your fitness routine is a surefire way to throw your back out of whack.

Case in point… professor of spine biomechanics at the University of Waterloo in Canada, Stuart McGill, performed several research studies in which he studied the effects of sit-ups on the spines of pig cadavers.

Since pig spines are similar to human spines, McGill and fellow researchers continually bent the pigs’ spines in a motion resembling a sit-up. After hours of this “exercise,” McGill found that the discs in the pigs’ spines had begun to bulge, which is often the cause of back pain in humans and can even lead to a herniated disc.

While you’re probably not spending hours upon hours doing sit-ups each day, the research still shows that sit-ups are gradually doing damage to your spine.

When you hold your breath while doing sit-ups you accidently perform a valsalva maneuver (exhaling forcefully into a closed airway). This has been known to cause neurologic complications like stroke and spinal epidural hematoma and also increases the risk of your retina detaching.

But if you’re goal is really to burn fat, you shouldn’t waste your time focusing on the little muscles in the “core” anyway. Instead, try something that gets every muscle in your body involved… like a full-body burpee.

The Spiderman crawl is a full-body burpee that not only works your abs but your back, arms and legs too. Check out this video to get started. You really will feel like a super hero afterward. And your back will thank you for ditching those classic crunches.