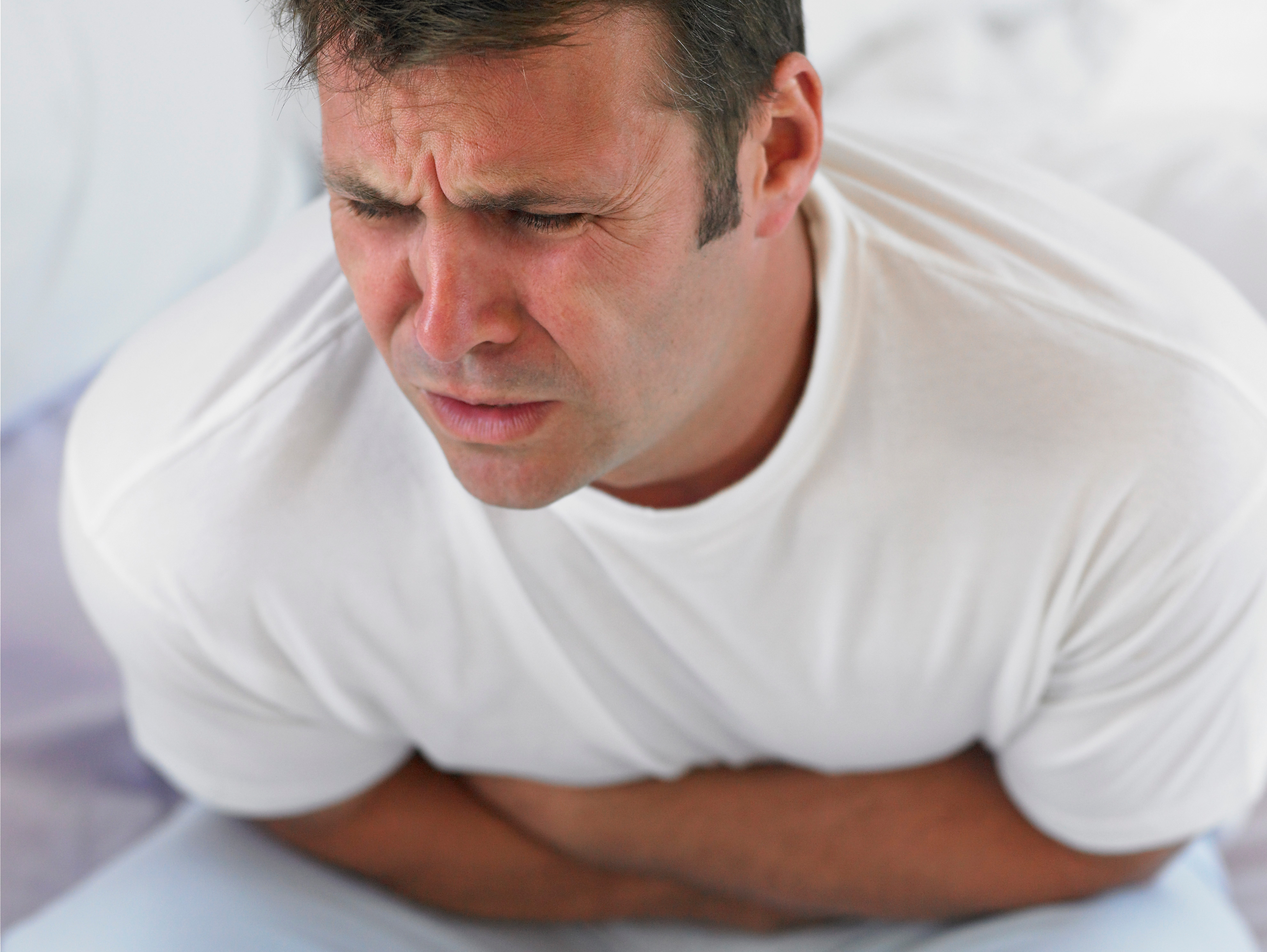 You may have never heard of small intestinal bowel overgrowth (SIBO), but it has a role in irritable bowel syndrome (IBS). You’ll be interested to know that treating SIBO is also the secret to successfully treating rosacea, fibromyalgia, and more. Here’s why…

What happens when your small bowel bacteria grow beyond 105 bacteria per ml? This is considered small intestinal bowel overgrowth (SIBO) with typical symptoms consisting of nausea, gas, bloating, constipation, abdominal discomfort, diarrhea, fatigue, or even malabsorption and weight loss.

Sounds a lot like IBS (Irritable bowel syndrome) symptoms wouldn’t you say? In some studies using the hydrogen breath test method of detection, up to 80% of patients with IBS have SIBO, and there has been shows a 75% improvement in IBS symptoms following therapy (eradication of bacteria) for SIBO. [2] [3] Therefore, you can make a strong argument that by treating underlying SIBO, which I believe is much more common than people report, you can reverse postprandial bloating and distension, altered motility, increased gut sensitivity.

With SIBO there is increased permeability of the small intestinal wall. [4] Sounds a lot like leaky gut syndrome, wouldn’t you say? I have written before that when large unwanted food proteins get into your bloodstream through a leaky intestinal lining that causes a hypersensitive immune response, a major contributor of chronic disease. [5]  No wonder treating SIBO also treats fibromyalgia, rosacea, and more that I’ll discuss below.

With SIBO you may develop anemia (low red blood cell count) from vitamin B12 malabsorption. Older folks with SIBO will often develop diarrhea and chronic malnutrition.

Want to know what makes you more likely to have SIBO? You are at higher risk for it if you have:

Furthermore, you can see that if your large intestines become out of balance with gas-producing bacteria, there is clearly increased likelihood of developing SIBO too as they are connected by the ileocecal valve which is a sphincter opening but not a one-way valve. Ileocecal Valve Syndrome or dysfunction is reported alternative medicine practitioners to be very common. Even in the peer-reviewed scientific literature, Ileocecal valve dysfunction was shown to be highly correlative of symptoms in small intestinal bacterial overgrowth as reported in a 2012 World Journal of Gastroenterology [8] article. These patients with a poorly functioning ileocecal valve had higher symptoms scores for loss of appetite and bloating, feeling excessively full after meals, or not being able to finish a normal sized meal.

You may already know that the causes of fibromyalgia are poorly understood. It turns out that the test for SIBO, lactulose breath testing, is abnormally elevated in people with fibromyalgia. [9] Furthermore, the researchers that found this out also demonstrated a correlation between the amount of fibromyalgia pain and the degree of breath test result abnormalities. A later study showed increased fibromyalgia pains correlated with increased intestinal permeability (leaky gut). [10]

SIBO is certain to play an important role in the face skin rash condition, rosacea. Significantly more people with rosacea had an abnormal hydrogen breath test (47%) compared to people without rosacea (5%), indicating abnormal intestinal bacteria as a likely cause or strong contributor. Then, those with abnormal breath tests were treated with the antibiotic rifaximin (from my previous article, this antibiotic stays in the digestive tract) for 10 days. Of these, 96% of them achieved complete remission of rosacea for longer than nine months.

Just to verify this correlation between SIBO and rosacea, those who recovered completely were re-tested and found to have normal breath test results, plus, those 4% of people who did not recover from rosacea were also re-tested and found to still have bacterial overgrowth and were treated again with rifaximin, which not only cleared up their rosacea rash, but also normalized their hydrogen breath test. [11]

What’s even more interesting, another study found that those people with rosacea who did not clear up with rifaximin and had normal hydrogen breath testing, had an abnormal methane breath test and then cleared their symptoms and their methane breath test with a course of the antibiotic metronidazole, known to be for methanogenic intestinal bacteria [12] (which is common in IBS).

You can also expect improvement in rosacea symptoms by going off bread and simple carbohydrates, which lowers fermentation of bacteria. [13] Coming from someone who suffers with rosacea only when I eat bread or simple carbohydrates, I can say this works extremely and reliably well for me!

As with treatment of IBS, you can see that treatment is similar for SIBO. Use correct diet as described last week for IBS treatment or prescription antibiotics that stay predominately in the digestive tract and have no clinically relevant bacterial resistance. [14] The best of these antibiotics are rifaximin and metronidazole.

To feeling good with optimal health,