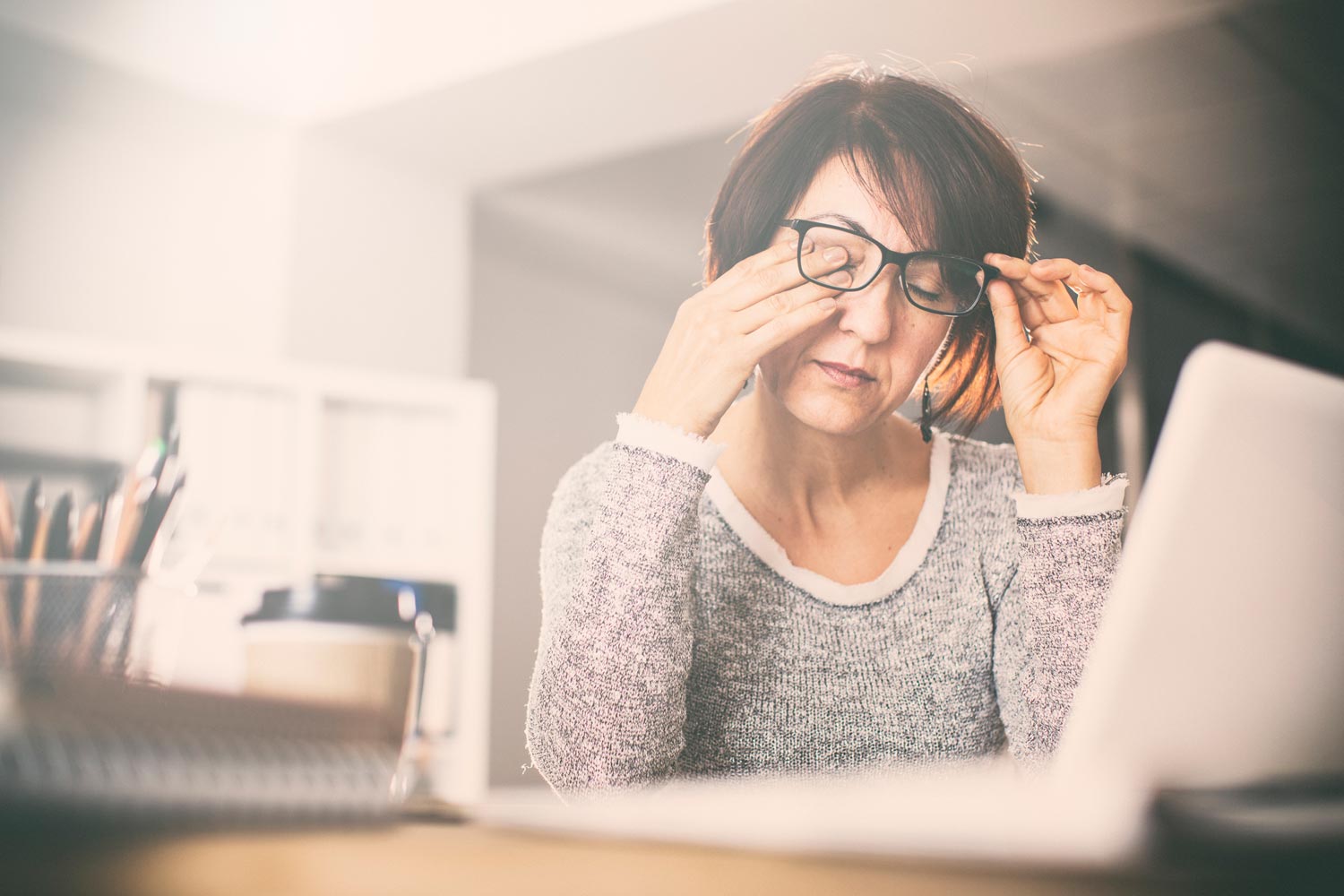 I’ve suffered from migraines since I was in high school, but I know I’m not unique. Many women, in fact, more women than men, get migraines.

My mother and both my sister and brother do as well. Mom gets them more frequently (at least three a week) and usually ends up in bed with all lights off and curtains drawn for hours.

Mom didn’t work outside of the house, but I have all my life, until recently. So, holing up in a dark bedroom has not been an option for me, except for the most debilitating episodes. My co-workers soon got used to seeing me work in the dark, computer monitor dimmed as low as possible, at least once a week. And sometimes for days in a row.

I’ve tried medications, and, for a while, one did seem to help. But eventually, the side effects got worse and worse until they were as bad as the headaches.

You hear a lot about triggers with migraines. The only trigger I was able to nail down with any consistency was weather — and there’s no controlling that. I have my worst migraines ahead of a thunderstorm and the changing of the seasons is when I have them for days on end.

But finally, after decades of suffering, I’ve seen the light…

The trigger I didn’t know about

Light is connected to migraine in more ways than one. Anyone who suffers from them knows that during an attack light is like salt on a wound. Light hurts and makes a migraine worse.

And light has also been found to be a trigger. I wish I had known that all those years ago. Because truly the best migraine treatment is to keep one from coming on. Even when medication worked for me, it only did if I took it early enough in the episode. Still, with light as a trigger, could I spend my life in the dark? Not really.

And now, with advancements in science, light may be the answer to migraine relief, thanks to research lead by Professor Rami Burstein at Harvard Medical School.

Everyone squints in the sun, right? It’s incredibly bright and physically sort of hurts when it hits your eyes. But some of us are actually sensitive to light in general, the kind in your home or office or emitting from your electronics. And most people who are light-sensitive suffer from migraines, cluster headaches or dry eyes — including me.

It was Prof. Burstein’s research that found light is uncomfortable for some even when it didn’t make their headaches worse. And during a migraine, exposure to different colors of light could make patients feel irritable, angry, nervous, depressed and anxious. These patients also reported feeling physical discomfort, including tightness in the chest or throat, shortness of breath, light-headedness and nausea.

This happens because of a previously unknown connection between the light-sensitive nerve cells in the eye and centers in the brain. And these nerves relaying signals from the eye to the brain play a critical role in the discomfort associated with migraine.

Through further studies, they discovered the color of the light mattered. In fact, migraine intensity increases with blue, red, amber and white lights but decreases with a specific wavelength of green light.

This discovery is a blessing for migraine sufferers. But what’s different about green light and can it be used to reduce severity or frequency of migraine?

Well, for starters, it’s not just any green light. Prof. Burstein discovered a specific narrow band of green light that activates the neurons in the retina and the brain to a lesser extent than blue, red, amber and white lights do. In other words, it is less likely to trigger the physiological, autonomic, endocrine and emotional responses that other light colors did in migraine sufferers.

But does it work, and how can you know?

Fortunately, Dr. Burstein took what he knew about the green light and, with the help of engineers who design lights for NASA, created the Allay Lamp. And I was able to put it to the test.

Before I detail how I incorporated this lamp into my daily life, and what it did for me, I have to say that, in general, it’s the handiest device I’ve ever used. It’s cylinder in shape, charges like a cellphone (and stays charged for hours) and simply turning it on its opposite end changes the color of the light from migraine-relieving green to white. With the touch of your hand, you can turn the light off or on and slide your finger across it to adjust the light intensity. After it follows me from room to room throughout my day, it becomes the best bedside lamp I’ve ever used.

Now, onto how I decided to replace other sources of light I regularly use with my Allay lamp…

Putting Allay to the test

My desk light — My home office is in my bedroom and the best place for my desk is in front of a large window. I usually keep the blinds adjusted for a little natural light and keep a low wattage bulb in the ceiling light fixture. I typically use a desk lamp to see my keyboard, so I replaced that lamp with my Allay in green mode. I can clearly see the keyboard, so it’s not affected my workflow.

My end table light — I usually spend a little time in front of the TV each night (right now I’m catching up on The Crown on Netflix). Typically, the only light on in the evenings is two side table lamps. I replaced the one closest to my favorite chair with the Allay, in green mode here, too.

My nightstand light—As long as I don’t have a migraine, I read at least a chapter of a good book before I go to sleep. I’m on my second lamp this year because I’m clumsy about turning them off when I get sleepy. With Allay I simply reach over, place my hand on top and it’s off. I read using the green mode and it doesn’t create any eyestrain for me.

What have I noticed after using the Allay Lamp for 30 days?

My eyes are not as dry. In the last five days, I’ve only used artificial tears once. I had been in the habit of using them once a day at least, sometimes at night before bed too. But after two weeks with Allay I started to gradually realize I didn’t need them, first at night, as much.

But I know that’s not what you want to know the most. So, OK… I have noticed what I consider a significant improvement in frequency of migraines. When I have a migraine episode, it usually begins early in the morning. It’s a horrible way to wake up. Right away you’re in pain and a foul mood.

That’s changed. I’m not sure if it’s because I’m spending at least a half-hour with Allay’s green light before shuteye, or not — but that light is the only thing I’m doing differently. In fact, in the past 30 days, I’ve only had 3 migraines where I’d normally have had at least 4, maybe 5 or 6 considering the weather changed drastically from fall-like temps to frigid during this testing time.

I’m impressed enough that I’m going to keep moving Allay around the house with me. I’m also going to have my 75-year-old mother, who is still plagued with frequent migraines, give it a try. I’ll let you know if seeing green works as well for her as it has for me.

If you want to give the Allay Lamp a try just click here. As an affiliate, we’re excited to extend a $25 discount if you do. You can try the lamp for 40 days risk-free and if you’re not satisfied, return it to receive a full refund. It comes in a sturdy box that you could easily reuse for shipping, but if you’re like me, you’ll want to keep this amazing lamp around for good!