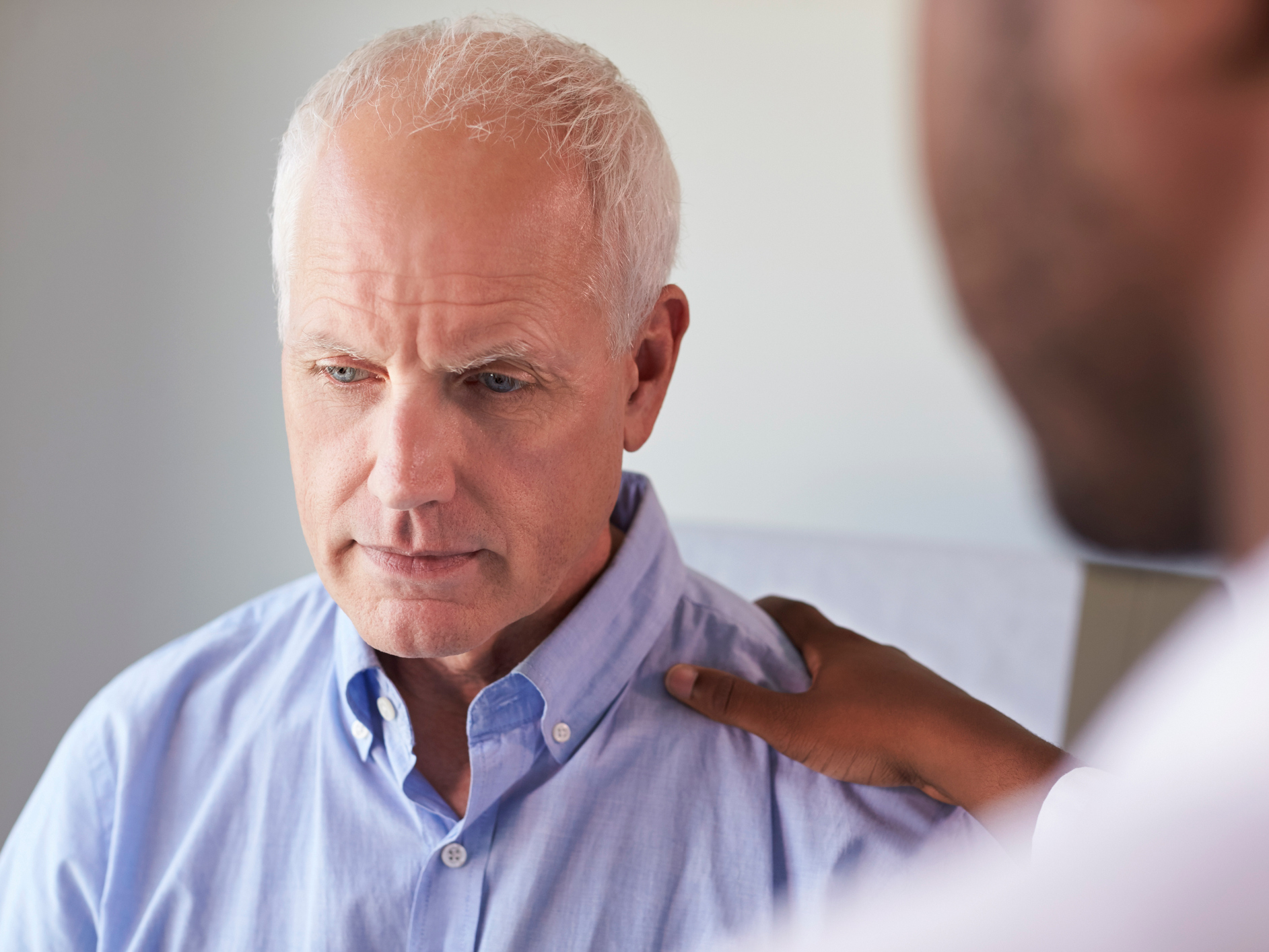 It’s hard enough for men to have to deal with pain and swelling following prostate surgery, yet that can be only the beginning of the issues to be dealt with.

The truth is that after a prostatectomy, not only do many men deal with erectile dysfunction, almost every patient has incontinence immediately post-surgery. And, for up to 20 percent of them, that incontinence can persist two years after the surgery, and beyond.

That’s why doctors recommend that men who have gone through prostate surgery and are not seeing improvements in their incontinence issues within the first few months receive physical therapy.

But, there’s a problem with that…

Not all men who undergo physical therapy for their incontinence get better.

Now, thanks to a new study from UT Southwestern’s Departments of Urology and Physical Medicine and Rehabilitation, we not only know why but what you can ask your therapist in order to get the help you need to regain that control.

For decades, therapy to strengthen pelvic muscles using so-called Kegel exercises has been the standard treatment for men dealing with urinary incontinence after prostate surgery.

The idea is that since men have been put through a difficult surgery, those pelvic floor muscles that ensure you can hold your urine must have become weak. And so, by strengthening them, continence will be restored.

But, UT’s new study has shown that may not be the best approach.

The team examined the records from post-prostatectomy patients with stress urinary incontinence who received physical therapy over a six-year period. And, they found that the majority of men don’t have just weak pelvic floor muscles but instead a combination of both tight (spastic) and weak muscles.

In fact, just over 18 percent of the patients were living with only weak pelvic floor muscles. On the other hand, over 72 percent of patients had spastic muscles, while close to 10 percent had tight muscles only.

This is a big problem, since if you are one of the more than 82 percent of men with tight pelvic floor muscles following prostate surgery, and you’re given therapy to strengthen a spasming muscle, you can actually make the muscle tighter instead of stronger.

So, the team took a different approach…

Instead of the one-size-fits-all type of therapy that far too many men receive, they instead recommended individualized sessions to address the specific needs of the patients and either relax or strengthen the muscles in question.

The results were impressive

A whopping 87 percent found that their incontinence improved with this targeted approach. And, 58 percent achieved what is considered the optimal level of improvement — needing two or fewer protective pads per day.

The benefits didn’t stop their either…

The men receiving individualized therapy based on their muscle issues also reported a decrease in pain. In fact, while 27 percent were suffering at the beginning of the study, that number dropped to just 14 percent after only four sessions.

While this may not seem like a huge decrease, according to the researchers, it was actually quite impressive.

“This is the first study to show a decrease in post-prostatectomy pain after therapy,” said Kelly M. Scott, M.D., an associate professor in the Department of Physical Medicine and Rehabilitation at UT Southwestern and first author of the study.

Getting the care you need

So, if you are post-prostatectomy or preparing for surgery and you’re concerned about getting the right type of physical therapy to ensure you can regain your continence and your freedom, here’s what you should ask your therapist.

“Are my pelvic floor muscles actually weak and need to be strengthened, or are they actually tight and just need to be relaxed and lengthened?”

This will help ensure you get the targeted therapy you need to get back to your life after surgery.