Home » The keto diet in a nutshell 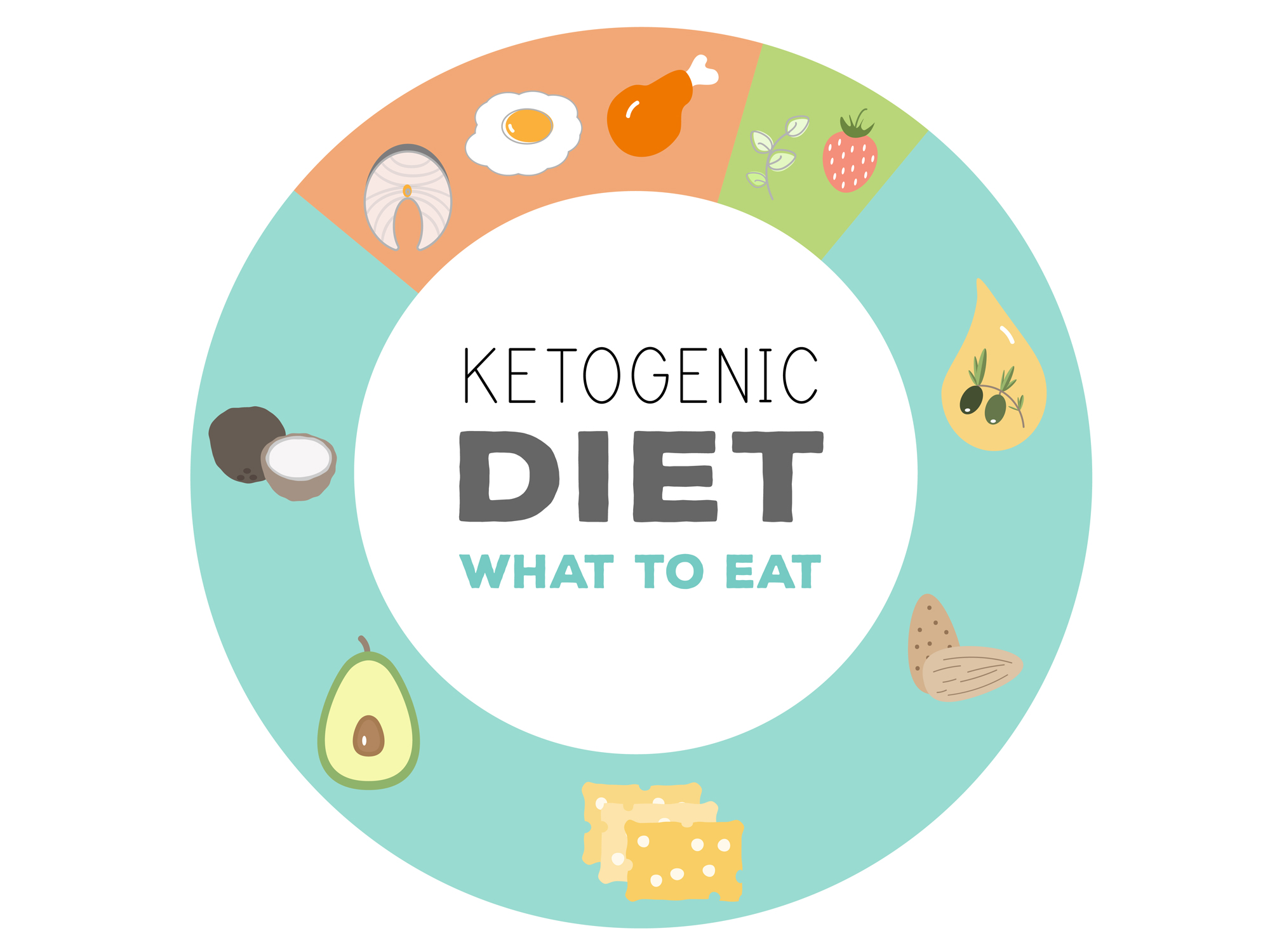 You may have heard of the ketogenic diet (aka, keto diet), a controversial eating plan that has gained some recognition recently because some celebrities tout its merits and also because it is sometimes used to help individuals who have epilepsy and type 2 diabetes.

Today, keto diets are promoted as being able to boost your energy, enhance mental and physical performance, and prevent disease, among other benefits.

Some people turn to the ketogenic diet to help them lose weight, even though the diet was never designed for that purpose. In fact, if you don’t follow the eating plan to the letter, weight gain is often the result.

The ketogenic diet is based on the idea that eating lots of fat, moderate amounts of protein, and very little carbohydrates is a healthy way to achieve low insulin levels which in turn cause low blood glucose levels.

As a result, you should be triggering fat-burning genes while simultaneously reducing the accumulation of belly fat, which is a known risk factor for cardiovascular disease, metabolic syndrome, and type 2 diabetes, all of which are major health and life-threatening problems.

If you want to know what that looks like, here are a few examples:

Why eat so much fat? The premise of the keto diet is that when the body consumes a very high percentage of dietary fat, you don’t get enough glucose (from carbs) as fuel, and the reserve glucose (glycogen) in your liver goes away. The body wants to survive, so it switches its main fuel source from glucose to fat-derived ketones, which means you burn fat — dietary or body fat — for energy. This is a state known as ketosis.

What do you eat on a keto diet?

When three-quarters of your diet is fat, that’s a lot of fat. However, it’s critical to note that it should be high-quality fat and not pounds of factory-farmed beef (which contain lots of toxins), deep fried chocolate bars and doughnuts. Examples of high-quality fats on the keto diet include:

In the carbohydrate department, the keto diet allows:

Foods you are supposed to say goodbye to forever are:

Regarding vegetables, some people who hate vegetables believe they don’t need them and that a keto diet is the perfect excuse to avoid them. However, even though the keto diet is very high in fat, vegetables are still part of the plan and should be included or else you can experience an imbalance in your gut microflora. The keto diet also is not an excuse to eat pounds of bacon and eggs, steaks dripping in fat, lots of fried foods, and junk food.

Is the keto diet for you?

It’s important to point out that the keto diet is basically an anti-inflammatory way of eating. Since chronic inflammation is a huge health concern and implicated in everything from heart disease to type 2 diabetes, Alzheimer’s, arthritis, obesity, some cancers, inflammatory bowel disease, and more, finding a diet that can help stem inflammation is highly desirable.

Also, because a keto diet helps balance blood sugar — and sugar is a driving force behind many cancers — choosing this way of eating can help manage two major health challenges simultaneously.

Ultimately, you must make the decision as to whether the keto diet is for you. Listen to your body. Consider your energy level, mood, cognitive abilities, impact on other health issues, and effect on weight. Ask yourself:

Now, I have to confess… All you need to know about the ketogenic diet won’t fit in a nutshell, as my title suggests… but many nuts don’t fit into the keto diet either… So, before you decide if the keto diet is for you or not, stick around to read next week’s post on the pros and cons of going keto, as well as to learn about its impact on prostate health. It’s a decision you’ll want to weigh carefully.