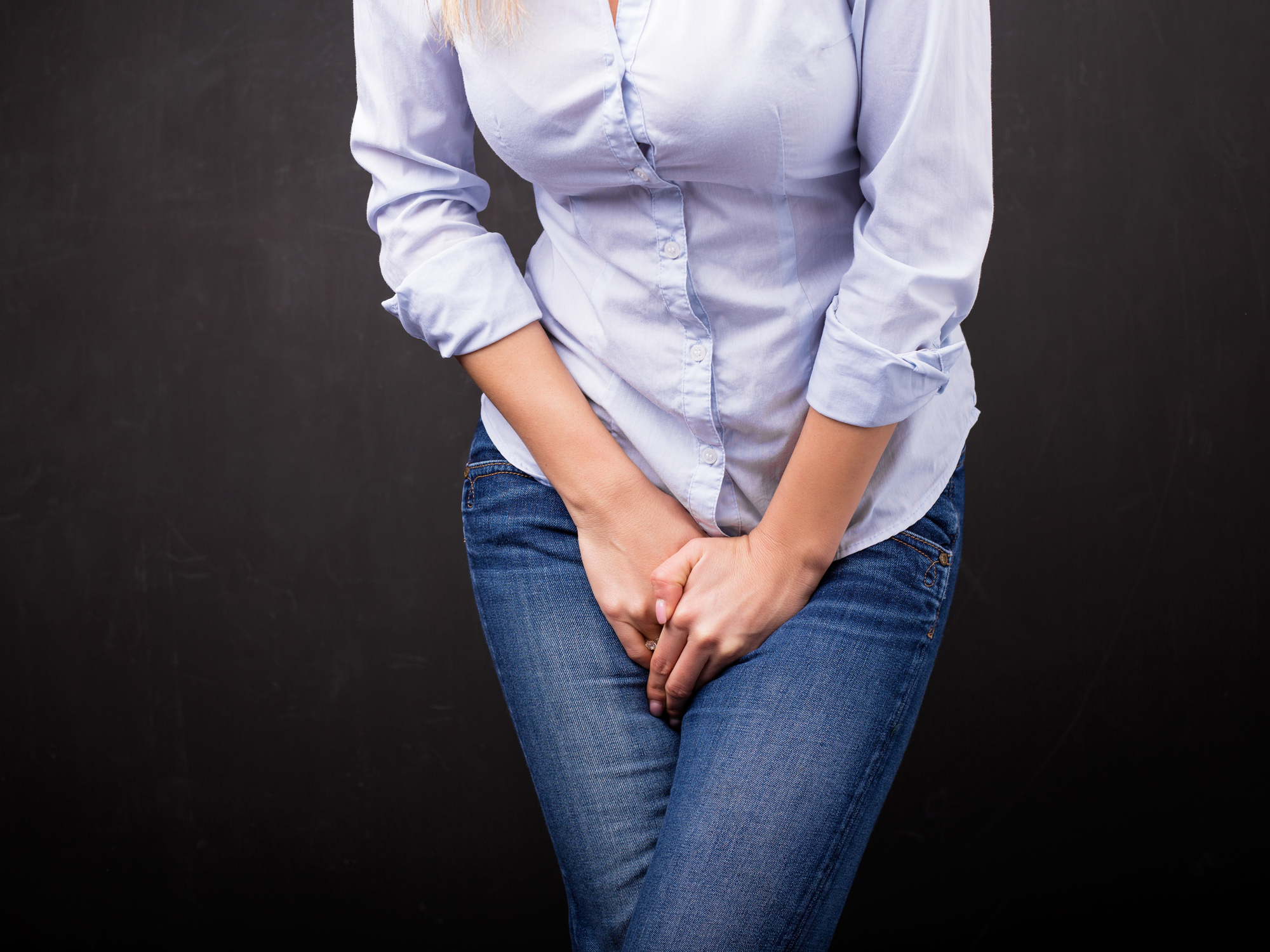 Or that sudden feeling during the middle of the night that jolts you out of bed.

An overactive bladder can certainly keep you on your toes… and the toilet frequently.

Bladder control — or lack of — is not something everyone feels comfortable talking about.  But it happens, and there’s no reason to be ashamed that your body appears to be rebelling.

After all, urinary incontinence affects around 25-45 percent of women aged 30 to 60 years, and men don’t get off so easily either. So let’s have a grown-up talk about it…

There are two types of urinary incontinence: stress urinary incontinence or overactive bladder. Either way, the condition not only has physical symptoms but can also limit some people’s social life, occupation, and sexual intimacy and ultimately decrease the overall quality of life.

If you visit your doctor for urinary incontinence, they’ll likely prescribe you medications that result in side effects that can inhibit or interrupt the function of neurotransmitters and hormones in the body. This can cause side effects such as blurred vision, constipation, decreased sweating and dizziness to name a few.

But when it comes to natural urinary incontinence treatment, is there anything that really works?

Pumpkin seed extract is a rich source of vitamins, linoleic acid, oleic acid and a variety of other microelements that have demonstrated promising benefits reported as far back as 1578 — when a European herbal encyclopedia mentioned the use of pumpkin seeds to treat urinary problems.

But even before then, it was believed to be a natural remedy used by American Indians. More recently, my colleague Bob Livingston reported on a special blend of pumpkin seed extract shown to decrease bladder problems called EFLA®940.

Research has shown pumpkin seed extract can have a positive effect on these annoying symptoms. One such study of 45 men and women with overactive bladder taking the extract daily for 12 weeks showed a 1.7 point reduction on the bladder scoring system, with decreased daytime and nighttime frequency along with decreased urgency.

The extract has also been tested in more than 2,000 men, showing an improvement in overall bladder function. Why does it have a positive effect on urinary incontinence?

One reason could be the increased nitric oxide (NO) production which relaxes the bladder muscles allowing for complete emptying of the bladder.

It’s also believed that the water-soluble part of the pumpkin seed also binds to the androgen receptor on pelvic muscle cells, strengthening the female bladder wall to limit the amount of urine left in the bladder after voiding.

Phytoestrogens are a type of phytochemical found in plants and plant products. For instance, soy contains isoflavones genistein and daidzein and flax contains lignans enterolactone and enterodiol.

Phytoestrogens exert an estrogen-like effect that may play a role in overall bladder function and health since urinary problems are often associated with the hormonal imbalances that occur with menopause.

In a Korean study reported by the American Pharmacist Association, 120 women aged 35-70 years used a combo of pumpkin seed extract and soy isoflavones.

They reported, “Results for women using the active product showed a statistically significant improvement in daily urination, urgency, and incontinence frequency compared with baseline values. Nocturia [nighttime urination] was also improved with the active supplement. Participants in the placebo group also showed a statistically significant decrease in daily urination and incontinence frequency from their respective baseline values. This reduction was similar between the active product and placebo.”

There are a variety of electrotherapies that have shown benefits for women. Some administer a small electrical current from within the vagina to stimulate pelvic floor muscles. While others such as electro-acupuncture, use electrical pulses to activate meridians in the body.

Some research shows that lack of strength leads to weak muscles and a pelvis that moves off its central axis, causing more pressure on the bladder.

Strengthen your pelvic floor with the Kegel exercise

Overall, it is one of the best treatments for both stress urinary incontinence and overactive bladder. Click here for instructions on doing Kegel exercise effectively and on a technique known as bladder training.

Tips to help in the short-term: