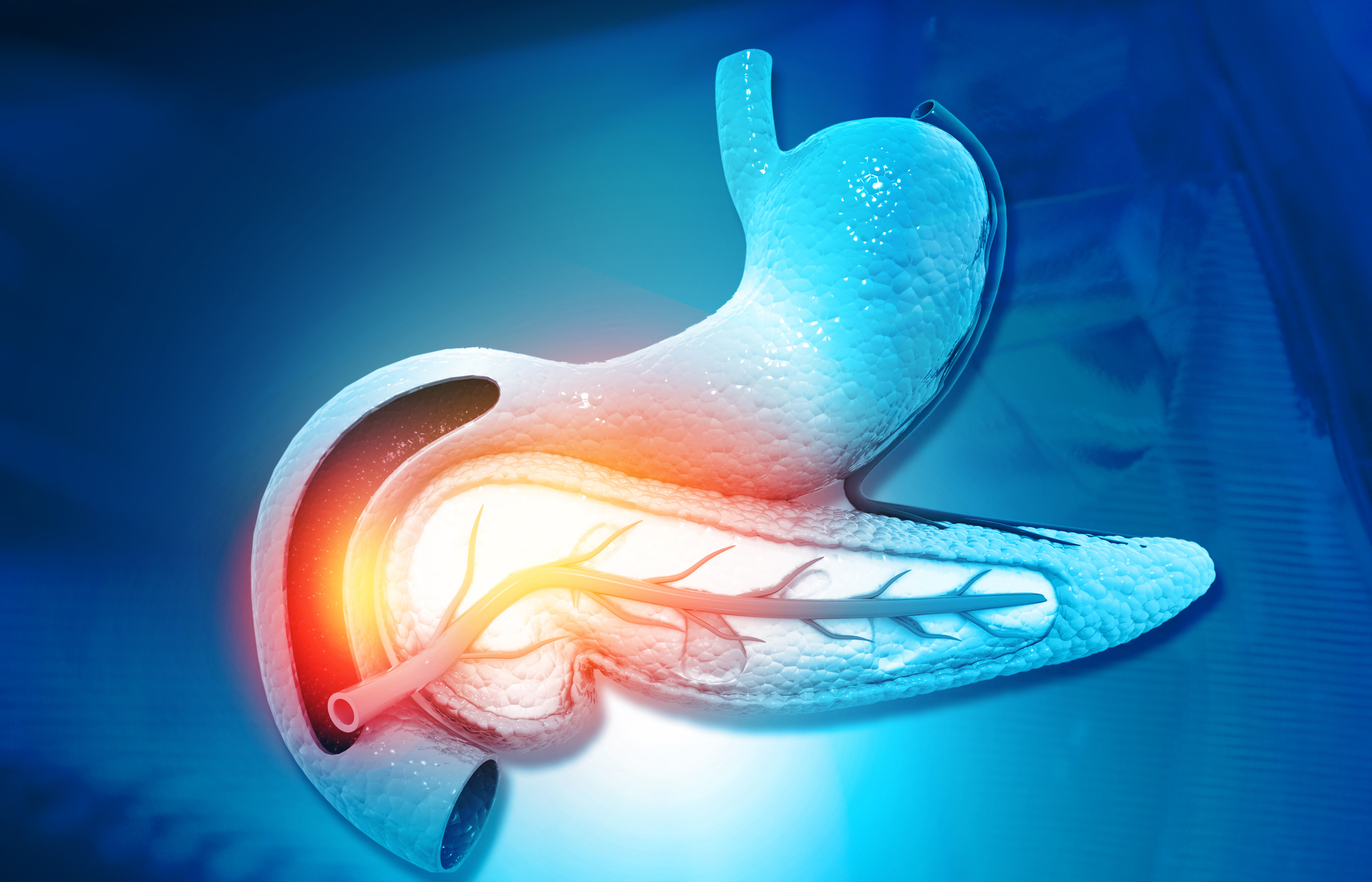 In the past twenty years, the survival rate for pancreatic cancer has skyrocketed — as long as the disease is caught at stage 1 — from around four percent to almost forty percent.

This is largely the result of increased research funding and advances in both detection and treatment. Detection is vitally important because most often pancreatic cancer is not diagnosed until stage 4, as it rarely shows symptoms until it has spread.

This makes greater awareness of the risk factors for the disease and the early warning signs an important part of survival. We’d like to share them with you here…

Why the pancreas is so important

The pancreas is a large gland that plays a role in both the digestive and endocrine systems.

As an endocrine gland, the pancreas produces insulin and other hormones that regulate blood sugar. As a digestive organ, it produces pancreatic juice, which neutralizes stomach acid, as well as digestive enzymes that break down carbohydrates, fats and proteins in the food we eat.

Because the pancreas is tucked away in the abdominal cavity behind the stomach, pancreatic cancer may be difficult to detect and is often diagnosed in more advanced stages of the disease.

With new methods of detection, though, that is changing.

Advances in detection and treatment of pancreatic cancer

About 25 percent of pancreatic cancer patients are candidates for tailored drug therapy based on their tumor’s unique molecular signature. Patients who receive this targeted therapy live an average of one year longer than those who don’t receive the therapy.

Guided radiation therapy allows radiation to be delivered directly to the tumor. “MRI guidance allows us to visualize and accurately deliver radiation treatment in order to treat the tumor with high doses of radiation while reducing the radiation dose to nearby vital structures, thereby reducing the risk of side effects,” explains Dr. Joseph Mancias, Norman Kravetz’s oncologist.

The early signs can be subtle, and without AI they are missed around thirty percent of the time, which means that around half of all cases aren’t caught until later stages. This was true with Jeopardy! host Alex Trebek, who died of the disease in November.

Blood and urine screening is used to detect many cancers since body fluids contain bits of DNA from tumor cells.

Dr. Brian Wolpin, associate professor of medicine at Harvard Medical School and director of the GI Cancer Center at Dana-Farber, is hopeful that this screening will prove just as useful in detecting pancreatic cancer.

“Scientists have made quite a bit of progress in the last five years in developing these multi-cancer early-detection tests, and large studies are now ongoing to define their utility,” he says.

Clinical trials are underway in the United Kingdom and Finland to determine how well urinalysis can detect pancreatic cancer.

Know the risks and signs to catch it early

Since the symptoms of pancreatic cancer don’t usually reveal themselves until the later stages, knowing your risk level can help you get ahead of the game.

As with most risks, some are modifiable and some are not. These risk factors are provided by the American Cancer Society:

If you or a loved one experiences any of these, you should see your doctor.

Vitamins: A study put out several years ago indicated that people whose intake of vitamins C and E and selenium was in the top 25 percent of consumption were 67 percent less likely to develop pancreatic cancer than those who were in the bottom 25 percent.

Citrus and kiwi fruits are high in vitamin C. Nuts and spinach contain vitamin E. Selenium is found in nuts and fish.

Magnesium: Using information from the VITamins and Lifestyle study, researchers found that every 100-milligrams-per-day decrease in magnesium intake was associated with a 24 percent increase in the occurrence of pancreatic cancer.

“For those at a higher risk of pancreatic cancer, adding a magnesium supplement to their diet may prove beneficial in preventing this disease,” Daniel Dibaba, study leader, said. “While more study is needed, the general population should strive to get the daily recommendations of magnesium through diet, such as dark, leafy greens or nuts, to prevent any risk of pancreatic cancer.”

Advances in Pancreatic Cancer — and Symptoms to Know — AARP Health