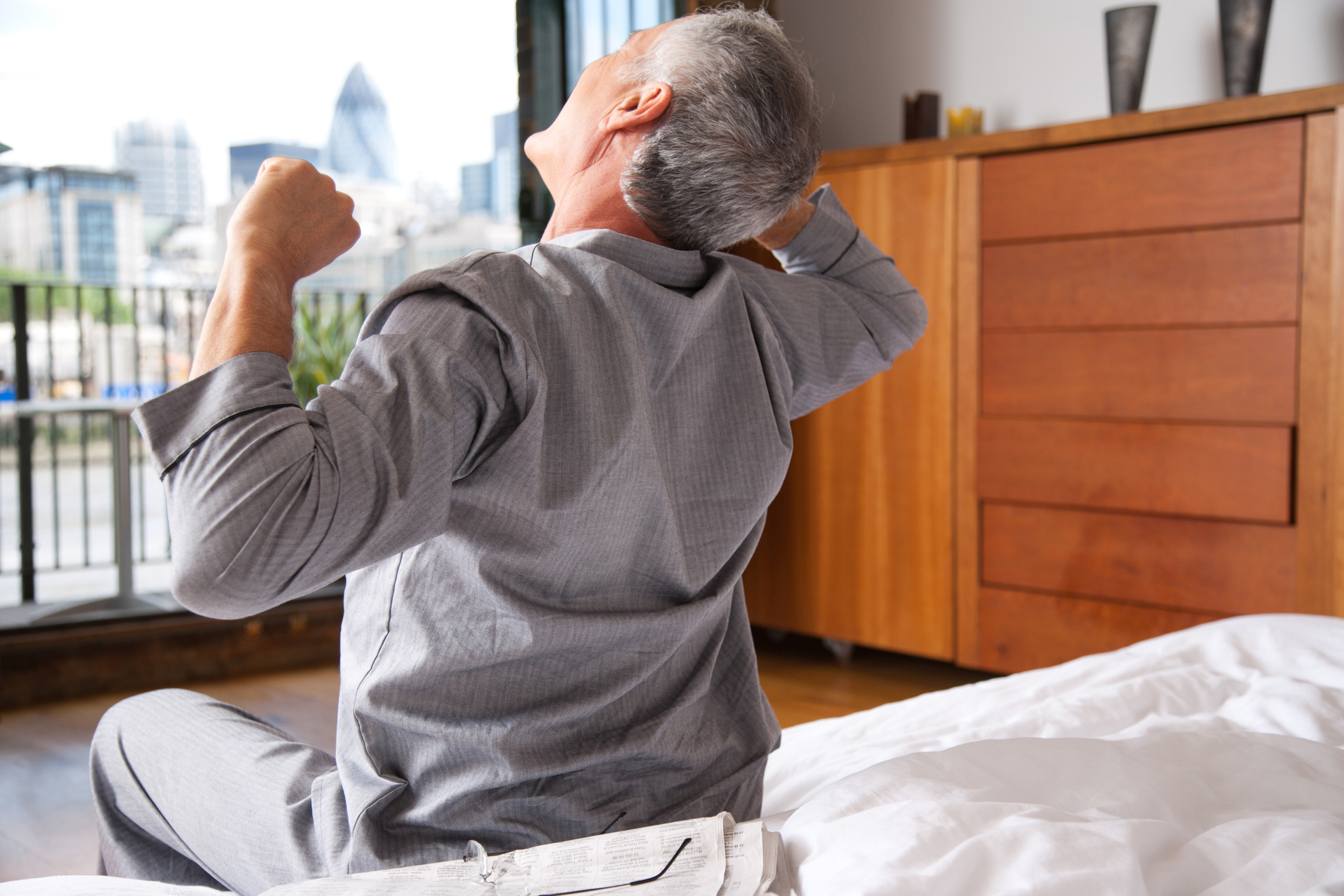 A good night’s sleep can do wonders for your mental and cognitive health. It helps keep us focused, alert and simply happier.

But now, a brand new study has found that getting the right amount of rest each night could also be the key to avoiding a serious danger down the road, like a major heart event, possibly even stroke.

But, like the story of Goldilocks reminds us, to benefit the most from sleep we need to find the sweet spot — not too much and not too little, but just right…

This study delved into the data of a whopping 14,079 people who participated in the 2005-2010 National Health and Nutrition Examination Survey. And it was no flash-in-the-pan look that could be easily ignored.

In fact, participants were followed for approximately eight years to determine if they died due to complications of heart disease, including heart attack, heart failure or stroke.

And every participant was separated into one of three groups depending on their average length of sleep. Researchers then looked at each person’s levels of CRP (C-reactive protein) — an inflammatory marker linked to heart problems.

And they gave each person a number based on atherosclerotic cardiovascular disease (ASCVD) risk scores. Doctors and researchers use the ASCVD scoring system to predict chances of death from heart attack, stroke or hardening of the arteries over the next ten years.

And here was their conclusion…

Sleeping six to seven hours a night reduces your risk of dying from heart problems, such as a heart attack or stroke.

Yup. No more, no less, or heart disease could be in your future.

The team found that levels of that inflammatory marker CRP were raised in those with longer or shorter durations of sleep.

“Participants who sleep less or more than six to seven hours have higher ASCVD risk scores, which is likely driven by heightened inflammation as measured by CRP, which was found to be higher among those who had less or more sleep,” said lead author, Dr. Kartik Gupta, a resident in the hospital’s Division of Internal Medicine.

In other words, sleeping too much or too little skyrockets your body’s inflammation and can damage your heart and blood vessels!

Getting the rest you need reduces heart attack and stroke risk

So if you want to maintain the best cardiovascular health possible, six to seven hours each night is the optimal amount of time to sleep. According to the researchers, it’s the time your body uses to clear out toxic proteins that lead to high blood pressure and atherosclerosis. And it’s the right amount of sleep to combat the inflammation that could lead to a heart attack or stroke down the road.

A few tips for better sleep straight from the doctors at the Mayo Clinic include:

It’s about your sleep. But it’s also about the health of your heart.

For a healthy heart, sleeping 6 to 7 hours each night is best — Study Finds