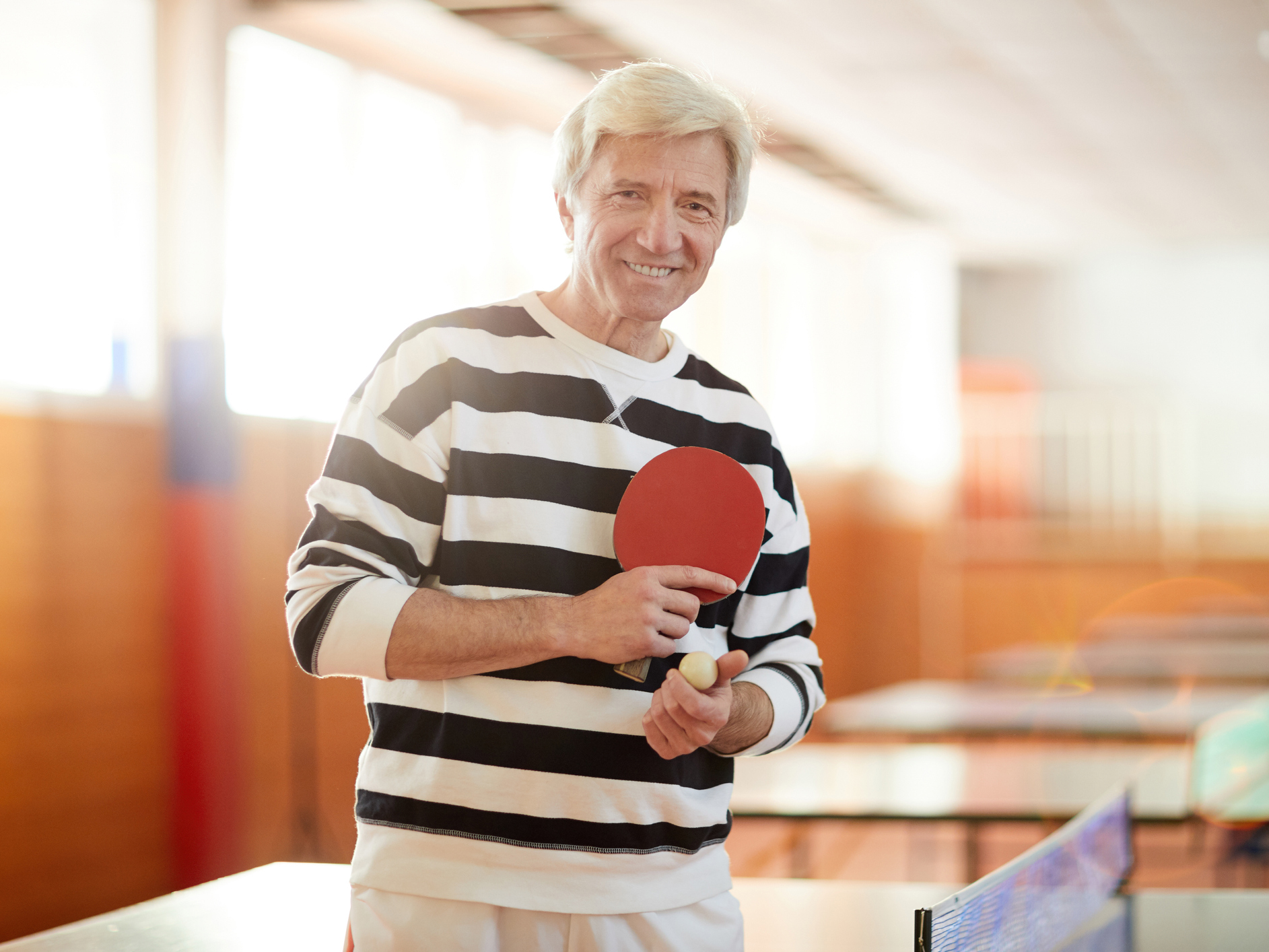 Nenad Bach is a Croatian-American composer and singer. He’s also a person who lives with Parkinson’s disease.

Bach is the founder of “Ping Pong Parkinson,” a movement that promotes ping pong (also known as table tennis) as a therapeutic activity that has improved the lives of Parkinson’s patients worldwide.

After being diagnosed with Parkinson’s in 2010, Bach found that his tremors and other symptoms were keeping him from playing music (he plays the guitar). But a friend introduced him to table tennis, and he soon found that both his motor skills and his mood seemed to improve when he played.

In 2017, Bach recruited well-known New York Times crossword puzzle editor Will Shortz to help him. Shortz also happens to be the owner of the Westchester Table Tennis Center.

In October of 2019, the first Parkinson’s World Table Tennis Championship was held at the Center, attracting people with Parkinson’s from as far away as Sweden, Japan, Brazil, Croatia, England, and China.

How does it help Parkinson’s?

Dopamine is a neurotransmitter produced by a portion of the brain called the substantia nigra. It’s a part of the brain where Parkinson’s disease develops when the cells begin to die.

Dopamine controls muscle movement, everything from walking and gripping with the hands, to smiling and swallowing. So, as less and less dopamine is produced, Parkinson’s symptoms become more and more apparent including:

A common treatment for Parkinson’s involves administering levodopa, a precursor that is converted to dopamine. But it has its drawbacks, including a condition called dyskinesia which causes strange, jerky movements you can’t control.

Ping pong, on the other hand, has no side effects…

Related: Know these early signs to head off Parkinson’s disease

Recently, a small study was conducted by scientists at Fukuoka University in Japan. Persons with Parkinson’s participated in a table tennis exercise program once a week for six months.

They also experienced improvements in speech, handwriting, getting dressed, getting out of bed and walking.

Dr. Ken-ichi Inoue of Fukuoka University, the study’s author, comments that, while this study was small (with twelve participants), “the results are encouraging because they show ping pong, a relatively inexpensive form of therapy, may improve some symptoms of Parkinson’s disease.”

Dr. Inoue is planning a much larger study to confirm his findings.

The non-profit initially founded by Nenad Bach in Westchester County, NY, now also meets in two tennis clubs in Bergen County, New Jersey, one of which, the Wang Chen Table Tennis Club, has begun holding weekly meetings on Thursdays at 6:30.

Below is a brief video explaining the benefits of Ping Pong Parkinson for participants.

And here are some videos of the therapy in action, including a song about the game written and performed by Nenad Bach himself!