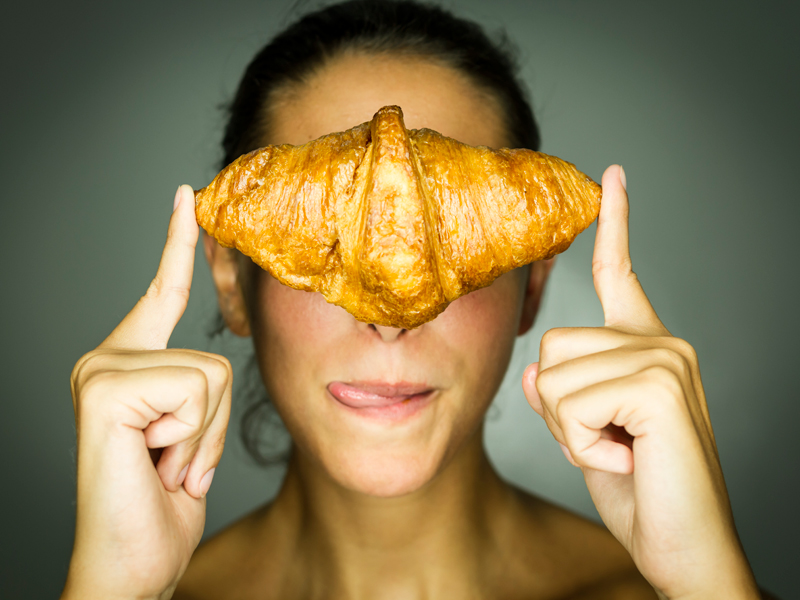 And if you have annoying tummy and gut issues that you can’t pin down, you may be among the millions of people who already have developed a seemingly sudden sensitivity to this food contaminant and don’t even know about it yet.

Maybe you never had a problem with wheat-containing foods in the past, but that’s the sinister thing about gluten: Unlike allergies, which many people outgrow, you can grow into an autoimmune reaction to gluten.

Research shows that “a substantial portion of (people with celiac) are diagnosed after the age of 50.” One out of three people discovered to have celiac are now over the age of 65. Researchers estimate that anywhere from 2 to 3 million Americans with celiac — about 95 percent of its victims — don’t even know they have the disease.

Most doctors will tell you that unless you have celiac disease, giving up glutinous grains is pointless from a health perspective.  But here’s the thing gluten-free skeptics don’t understand… people with celiac aren’t the only ones who get sick from wheat and gluten.

Non-celiac gluten sensitivity is very real, and it affects an estimated six times more people than celiac does. That’s more than 18 million Americans (and that doesn’t even count the people who suffer from a wheat allergy, which is a different thing altogether).

If you’re one of these people, you’ll experience a lot of the same distressing symptoms as people with celiac disease: abdominal pain, diarrhea, bloating, fatigue, cognitive difficulties and mood swings. The only difference is, people may think you’re making it up.

You’ll hear it in the media, from your doctor and maybe even from your family at the dinner table: Non-celiac gluten sensitivity doesn’t exist.

And it’s a little infuriating (especially if you’re a non-celiac gluten- or wheat- sensitivity sufferer) that this condition has somehow developed a reputation as an imaginary disorder. But a recent study published in the journal Gut may finally change that.

In the study, researchers from Columbia University Medical Center found that people who suffer from non-celiac wheat or gluten sensitivity do actually experience a systematic immune response when they eat wheat or other glutinous grains. That means the offending grain mistakenly triggers their immune system and causes inflammation throughout their body.

This is different than what happens to people with celiac disease. When celiac-sufferers eat gluten, they experience an immune response in the intestines, but not system-wide.

My brother is dangerously allergic to bee stings. My cousin, on the other hand, is allergic too but doesn’t have a reaction as severe as my brother would. So why do medical experts think of gluten sensitivity any differently?

Either way one of the first things that happens during an autoimmune response is inflammation. And that inflammation makes your body ripe for even scarier things, like cancer.

Now, the reason there’s been so much confusion about whether non-celiac wheat or gluten sensitivity is a real disorder is because, at this point, doctors don’t really know how to test for it. They can medically verify that someone has celiac disease through certain blood, tissue and genetic markers. But these same markers don’t indicate a problem at the sensitivity level that people without the celiac may experience.

The good news is, this latest study brought researchers one step closer to identifying biomarkers that can be used to diagnose non-celiac wheat or gluten sensitivity. They were, after all, able to verify through serologic markers that a system-wide immune response was happening in the bodies of non-celiac wheat sensitivity sufferers when they were exposed to wheat.

So in the near future you may be able to be validated. But more important than validation from a doctor is recognizing what you know is making your body unwell and doing something about it.

Wellness after wheat and gluten

If you know wheat makes you feel bad, go with your gut and ignore these naysayers. After all, it’s your health on the line, not theirs. And there are a whole lot of people on your side, especially paleo eaters who recognize the fact that wheat, especially the highly refined stuff they put in food these days, was not on your ancestors’ menu. So the fact that it makes a lot of us sick shouldn’t really be all that surprising.

What can you do? Researchers found that non-celiac wheat or gluten sensitivity sufferers had to follow a gluten-free diet for six months before their inflammation levels went down and their symptoms disappeared.  So you may not see results right away — but stick with it and you will. (Give up gluten, sugar and dairy if you really want amazing results!)

Besides noticing that your tummy feels better, you may see your high blood pressure disappear and any arthritis pain with it (I did). And I know of people who say it cured their type 2 diabetes. It’s not unrealistic, considering a lot of foods containing gluten are the ones that make your blood sugar spike, eventually leading to insulin resistance and ultimately type 2 (maybe even type 3–Alzheimer’s) diabetes.

Is there anything else you might try to avoid the effects of gluten? Yes. Because gluten hides in so many products (it’s used as a thickener in salad dressing, soups, condiments and so on), you may have noticed digestive aids on the market that contain proteolytic enzymes to break down gluten before it hits your digestive tract. I’ve tried Peak Digestion PlusTM when in situations where I couldn’t know for sure if the food on the table was completely gluten-free, and I didn’t suffer any of the usual consequences I’d feel after knowingly consuming gluten. I still think avoidance it necessary, but it’s nice to know I have a backup.

For the basics on what foods to eat or which to avoid to give up gluten, take a peak at a post by one of my colleagues, Carl Lowe on the ease of going gluten free.