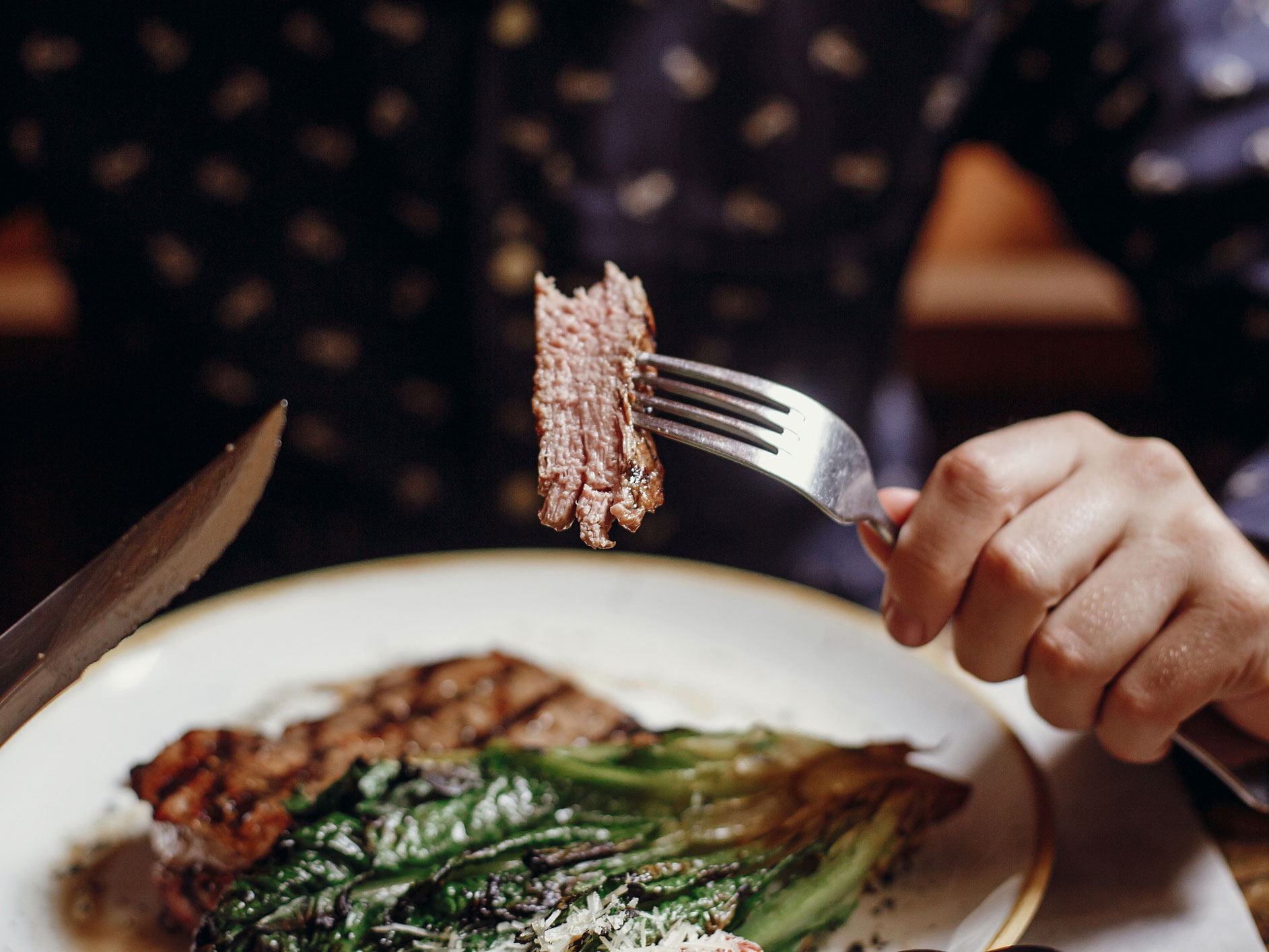 Okay, I made the last one up. But the others you’ve probably seen before. Red meat isn’t exactly the health food du jour these days. And that’s because there’s a lot of science stacked against it.

But is red meat really that bad for you?

Like is it so bad that you need to swear off burgers for life and buy stock in the company that makes Beyond Burgers? Or is it okay to enjoy a steak or lamb chop daily?

Well, I have surprising news for you. Not only is a daily serving of red meat not as bad as you’ve been led to believe, it may even be good for you…

A new study shows a little red meat per day goes a long way toward reducing your risk of multiple sclerosis.

Researchers from Curtin University and The Australian National University just discovered that eating a Mediterranean diet that includes unprocessed red meat reduces the risk of having an initial episode of central nervous system demyelination, a precursor to MS.

In case you don’t know, Multiple Sclerosis (MS) is an autoimmune disease where the immune system attacks the central nervous system. This damages the fatty substance that protects your nerve fibers, which is known as myelin.

This latest study included data from 840 Australians who participated in Australia’s Ausimmune Study, which ran from 2003 to 2006. Looking at food frequency questionnaires and health records, researchers determined that people who ate a diet that closely aligned with a Mediterranean diet but also included red meat were less likely to develop that initial attack on the central nervous system.

Now, past studies haven’t been conclusive about the Mediterranean diet’s effect on MS risk. It reduces the risk of a bunch of other health conditions though, like cardiovascular disease, diabetes, cancer and dementia.

But this study’s finding was conclusive… a Mediterranean diet with red meat lowered the risk of developing that first sign of MS.

Why did it work?

The typical Mediterranean diet only includes limited amounts of red meat. People following the diet are supposed to limit their red meat eating to a few times per month. But people in this study ate it much more than that… they ate it daily.

How much red meat should you eat?

Well, you don’t want to eat red meat for breakfast, lunch and dinner. That could put you at risk for some of the diseases I mentioned earlier. In this study, the best results came from one daily serving of meat. That’s about 65 grams.

And we’re talking unprocessed meat here… so no hot dogs. Stick to grass-fed or pasture-raised lamb, beef and pork.

Editor’s note: Eating healthy is not as complicated as you might think. In Dr. Cutler’s free report, you can read about 10 easy steps to a natural total health makeover based on just 7 basic fundamentals that cover ALL the bases… My favorite is #7: Indulge occasionally! For the rest, click here!