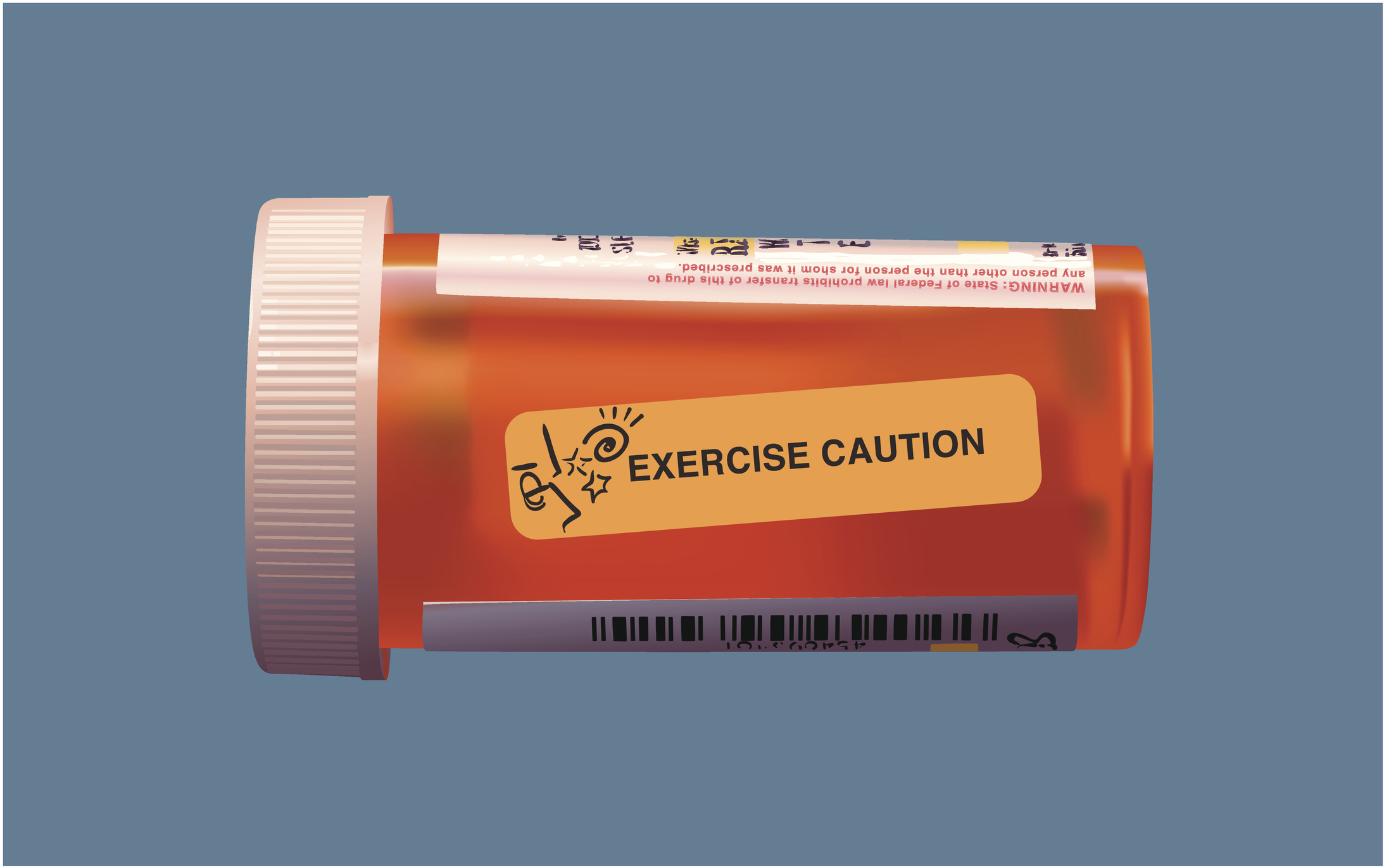 For consumers who suffer lifelong side effects after prescription drug use, the question that often arises first is: How could medication approved by the Food and Drug Administration (FDA) cause them serious harm?

Elmiron (pentosan polysulfate sodium) is one of the drugs that led consumers to make that inquiry. A possible answer is that the pharmaceutical industry seems to be so dependent on marketing that it tries to squeeze every last dollar out of each drug, disregarding the dangers of patient safety and lawsuits. That is, of course, until filings increase and the FDA awakens from its slumber, requiring manufacturers to fix their labels.

The case of the drug Elmiron fits into this scenario. After multiple research studies, an FDA Citizen’s Petition, lawsuits and injury claims from people adversely affected by Elmiron’s side effects, Janssen finally revised the Elmiron drug label to include its risk of eye disease.

Elmiron, the only oral medication available on the market specifically for treating interstitial cystitis (IC) — a condition that can cause severe bladder pain, urinary frequency, or inflammation — was approved by the FDA in 1996. Teva Branded Pharmaceuticals developed Elmiron, and Janssen Pharmaceuticals — a subsidiary of Johnson & Johnson — licensed the rights to produce and distribute it in the U.S.

But the manufacturers never warned consumers that the drug could damage their vision; the drug label stated only “Warnings: None.” So it wasn’t until 2018 that alarm bells were sounded by the American Academy of Ophthalmology (AAO), linking Elmiron use to serious side effects of eye disease. After AAO released these findings, the academy also published a study showing that nearly 25% of patients suffered vision problems after taking Elmiron over a long period.

In 2020, researchers at Emory Eye Center at the Emory School of Medicine and the Interstitial Cystitis Network also began to pay closer attention to cases of retinal damage in IC patients using Elmiron.

Also, based on the manufacturers not honestly describing how dangerous the drug is, they started being held accountable in numerous lawsuits for failure to warn — also known as a marketing defect — of the risks associated with Elmiron.

Former users of the bladder medication — who have already filed at least 234 Elmiron cases across different federal district courts — claim to have suffered permanent vision problems after using the drug and ask for compensation for medical bills and other losses.  In some lawsuits, Janssen Pharmaceutical is accused of purposely withholding information and refusing to pull Elmiron from the market.

As a result, in 2020 — 24 years since its approval and under the pressure of consumer lawsuits — FDA approved the safety-related labeling changes for Elmiron. First, the FDA required a label change: The “Warnings and Precautions” and the “Adverse Reactions” sections were updated to include retinal pigmentary changes as potential adverse reactions.

Second, these Elmiron label changes were followed and reiterated in 2021 in a Medication Guide mandated by the FDA Center for Drug Evaluation and Research (CDER). The guide expands the amount of information available to the public on possible changes in the eye’s retina. However, the FDA has not yet requested a recall of the drug.

The FDA decides if a drug receives approval based on its known risks and benefits, as revealed through premarket studies conducted by the drug manufacturers themselves. In general, the FDA approval of a drug does not guarantee safety and balances it against its efficacy. However, to properly assess whether a drug’s risks outweigh its benefits, the public must be made aware of potential side effects. Unfortunately, Elmiron did not meet that requirement.

Furthermore, the drug label must describe any known side effects. And Janssen only specified that Elmiron is indicated to relieve bladder pain associated with IC and did not warn against the potential side effect resulting from that use.

Therefore, consumers used the drug as intended and suffered the unexpected harm of macular degeneration and permanent vision loss.

Failure to Warn of a Drug’s Risks

Even in cases when a manufacturer was unaware of the risks, it still cannot escape liability for a failure to warn. Manufacturers are under a duty to stay knowledgeable about the drugs they produce and distribute. If manufacturers could have discovered the risks through proper research, testing, and investigation, they can be held liable for failure to warn.

So who is the consumer injured by Elmiron? The typical plaintiffs in Elmiron lawsuits are women between the ages of 30 to 60 who used the drug for at least one year at a dosage of at least 100 mg. The injuries they suffered take the form of vision-related side effects, such as:

With up to 8 million women in the U.S. possibly suffering from IC and some of them probably using Elmiron, many more claims are expected to materialize.

As studies have warned that the macular degeneration caused by Elmiron can look like AMD or Stargardt disease and lead to misdiagnosis, a patient that uses Elmiron may need help in determining if they can file a claim.

The best way for a patient to confirm whether they may have been misdiagnosed is to consult with an ophthalmology expert to trace symptoms of any visual impairment linked to Elmiron use.

Elmiron usage timeline is also essential in these cases. The research shows that patients experience vision issues after using the drug for at least three years. However, unlike most drug injury cases, patients do not need to be taking Elmiron up until the time of their side effect diagnosis.

How Could a Risky Drug Get Approval?

Here are two regulatory frameworks for the FDA’s review of a prescription drug. First, there’s the premarket approval process, in which the FDA reviewed the safety and effectiveness of Elmiron when its manufacturers decided to market it in the U.S.

A large part of this review was the FDA’s examination of the manufacturer-provided data from clinical testing conducted in progressively larger Phase I, II, and III trials. In these studies, volunteers took Elmiron in carefully controlled and usually randomized trials. Thus, the FDA’s task involved providing an in-depth analysis, weighing safety, benefit, and risk.

The second regulatory framework involves post-market regulatory procedures. This is when Janssen Pharmaceutical should have reported all the serious and unexpected adverse reactions it received from patients and clinicians to the FDA.

Consequently, now Plaintiffs and critics allege Janssen Pharmaceuticals knew or should have known of Elmiron’s severe side effects. One plaintiff who filed an Elmiron lawsuit in May 2020 alleged that the manufacturer failed to disclose the serious link between Elmiron use and significant visual damage and withheld material adverse events. Another plaintiff also claimed that Janssen withheld material adverse events from the public, the medical community, and the FDA.

Congress passed two significant pieces of legislation to assure Americans that the drugs they use are safe and effective, but these also led to this disaster to happen. One is the Federal Food, Drug, and Cosmetic Act from 1938, a law that requires drugs to be proven safe before being sold in interstate commerce. The second is a 1962 amendment to this law, requiring that manufacturers also demonstrate the effectiveness of their products.

When FDA finds a drug’s post-approval use presents an increased risk of an adverse event, it has the authority to take limited action. On the one hand, the FDA would require a broader range of enforcement tools. On the other hand, the FDA could be accused of not taking full advantage of its authority.

As mentioned, the information on which FDA approval is based comes from studies funded by manufacturers. That is difficult to square with the Elmiron case, in which data indicating increased risk was available to the manufacturer many months before it made label changes. But the Elmiron case is not singular. In their zeal to market their drugs, companies often overlook dangers that might be more evident to unbiased researchers.

The fault for not taking action may lie inFDA’s reliance on Big Pharma data and user fees that have probably worn away at the agency’s willingness to confront drug makers and compromise objectivity. Most likely, the FDA’s approach to postmarket safety procedures and activities does require significant change.

Some changes lie within the power of the FDA to implement, such as:

However, other changes — FDA organization, FDA budget, the role of Big Pharma — may require congressional action.

Consequently, patients who took Elmiron for years and were later diagnosed with vision damage turned to the law and held Janssen Pharmaceuticals accountable by filing Elmiron lawsuits. Many individuals have already done so, alleging that drug makers failed to warn physicians and the public that Elmiron could cause permanent retinal damage and seek medical monitoring and vision exams for users. 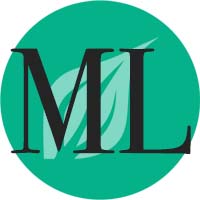