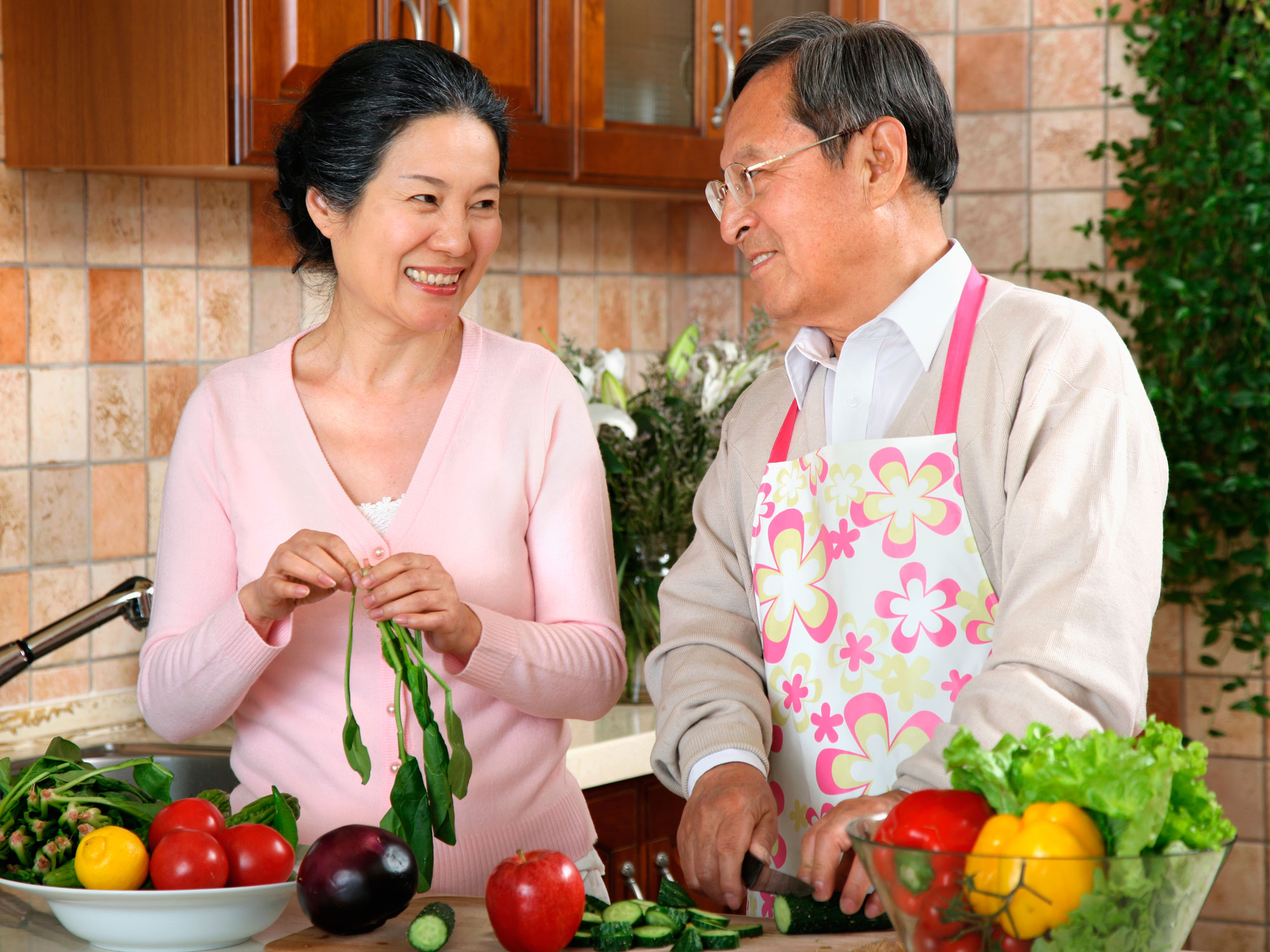 The Japanese are doing something very right. They are living longer and healthier — and there’s no reason the rest of us can’t live just as well. All you have to do find balance in the way you eat…

And why wouldn’t you want to give it a try? Especially if it means a lower risk of death — in general — but especially from stroke and cardiovascular disease.

The Japanese can blame their good fortune partly on thousands of years of eating healthier foods than Western countries. Their plates are heavier on fish than ours tend to be. And added sugar is almost nowhere to be seen. The Japanese eat only 1.72 ounces of sugar per day compared to 4 to 8 ounces per day in the U.S. Their diet has even been linked to a decreased risk for cancer.

But the results of their healthy ways became easier to measure when the Japanese government created a Japanese food guide similar to the pyramid Americans are used to seeing.  Theirs is called a spinning top — and it illustrates the balance and quantity of food in the daily Japanese diet.

A team of researchers, led by Kayo Kurotani at the National Centre for Global Health and Medicine in Tokyo, set out to examine how well the Japanese people followed the food guide and see just how much it impacted their health.

They used data from detailed food and lifestyle questionnaires completed by 36,624 men and 42,920 women aged 45-75, who had no history of cancer, stroke, heart disease, or chronic liver disease. Then they waited…

The men and women were followed for 15 years, and the researchers saw that the study participants who scored higher on the food guide (followed it more strictly) had a 15 percent lower mortality rate.

The researchers concluded: “Our findings suggest that balanced consumption of energy, grains, vegetables, fruits, meat, fish, eggs, soy products, dairy products, confectionaries, and alcoholic beverages can contribute to longevity by decreasing the risk of death, predominantly from cardiovascular disease, in the Japanese population.”

You could likely see big benefits too just by balancing your vegetable and grain consumption and opting for more fish and chicken over red meat.