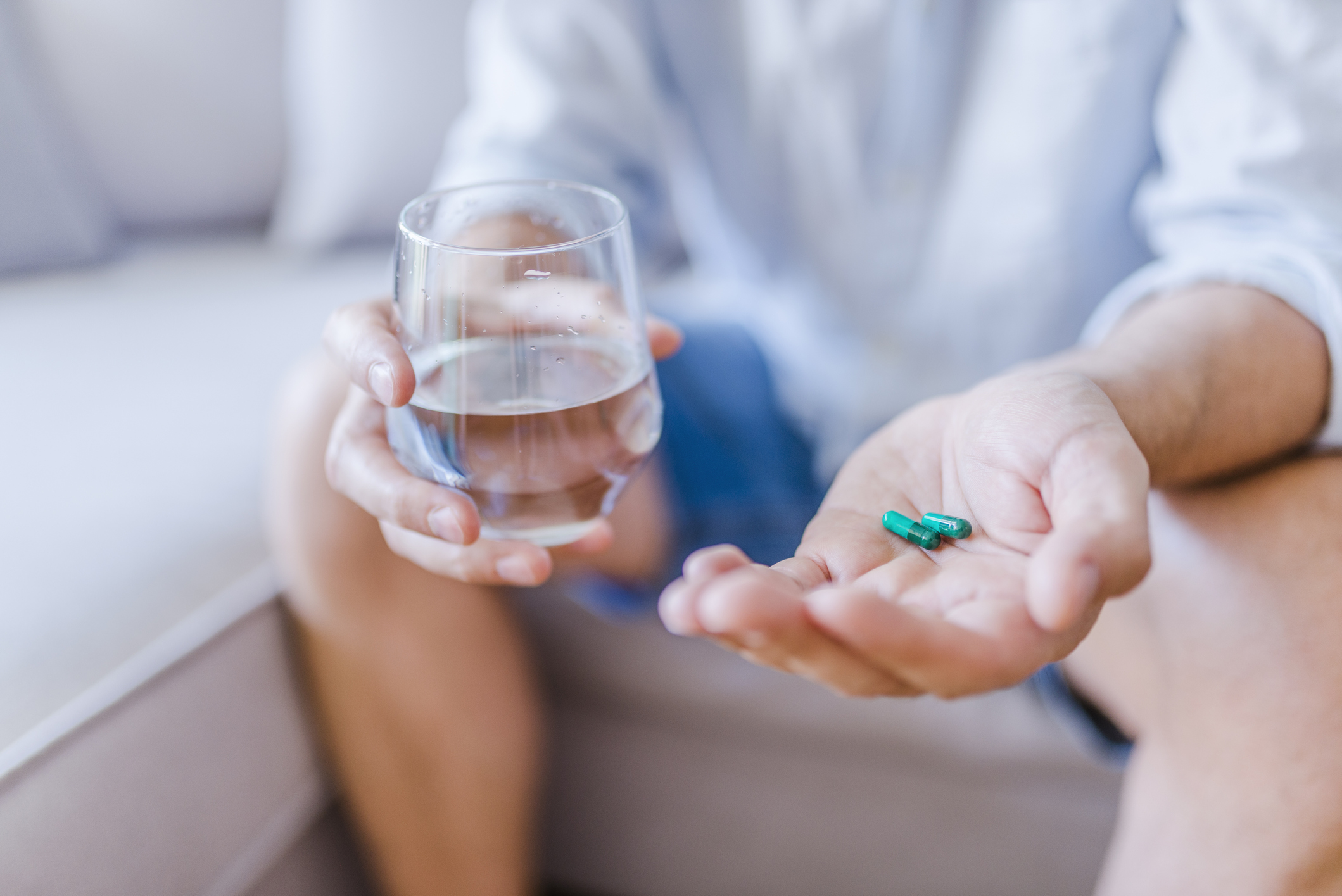 There are two drugs used by millions of people every day… sometimes simultaneously.

Close to 13 percent of Americans use these common antidepressants — that’s more than 42 million people. And it’s not unusual for people who use SSRIs to also use a drug that nearly everyone has in their medicine chest — over-the-counter painkillers.

Advil, Motrin, Aleve, aspirin, ibuprofen. They’re cheap and effective and most people don’t think twice before taking one to knock out a headache, relieve back pain, soothe sore joints or ease achy muscles.

In fact, nearly as many people take these painkillers as SSRIs. More than 30 million people take over-the-counter or prescription NSAID pain relievers daily.

The problem is, if the same people taking SSRIs take painkillers, they’re putting their health (and maybe life) in jeopardy.

Both drugs have risks on their own. But together they create a recipe for serious internal damage… one that can easily turn deadly.

Most people pop SSRIs and pain relievers without hesitation, confident they’re risk-free. Or that any risks are outweighed by their benefits. But research has shown that SSRIs come with a significant risk of brain and gastrointestinal bleeding… especially when they’re combined with everyday painkillers.

A study from researchers at the University of North Texas shows that people who take SSRIs are 40 percent more likely to experience brain or gastrointestinal bleeding than people who don’t. And because of this risk, they should be cautious when combining their SSRIs with over-the-counter painkillers, which raise the risk of bleeding even more.

“The real risk comes from the assumption that each of these drugs is relatively safe and benign. But they all carry a risk for bleeding, and that risk increases when these medications are taken concurrently,” says lead author Wei Cheng Yuet, PharmD, assistant professor of pharmacotherapy at the University of North Texas Health Science Center.

The safe way to move forward with (or without) SSRIs

So many people take SSRIs for health issues like major depression, anxiety disorders, obsessive-compulsive disorders, and post-traumatic stress disorder. Maybe you’re one of them.

If you feel like SSRIs aren’t worth the risk in your case, talk to your doctor about weaning yourself from them. Just make sure you do it under a doctor’s supervision.

While you’re having that conversation, ask him to measure your vitamin D levels. Not only has low vitamin D been associated with depression, but vitamin D affects the body’s inflammation response in a way that lowers the sensation of pain. That makes sense since vitamin D deficiency is tied to an increased risk for pain-related conditions like fibromyalgia and rheumatic diseases.

Getting your levels up may help both issues. Look for a supplement made with vitamin D3 — the natural and most bioavailable form of the vitamin.

If you’re looking for natural therapies with the potential to replace SSRIs, I’d recommend mindfulness-based stress reduction (MBSR) or cognitive behavioral therapy (CBT) (combined with healthy lifestyle changes, like a whole food diet and plenty of exercise.) Both MBSR and CBT get to the root of your mental health problem by identifying the thoughts, patterns, and feelings that make you anxious and depressed.