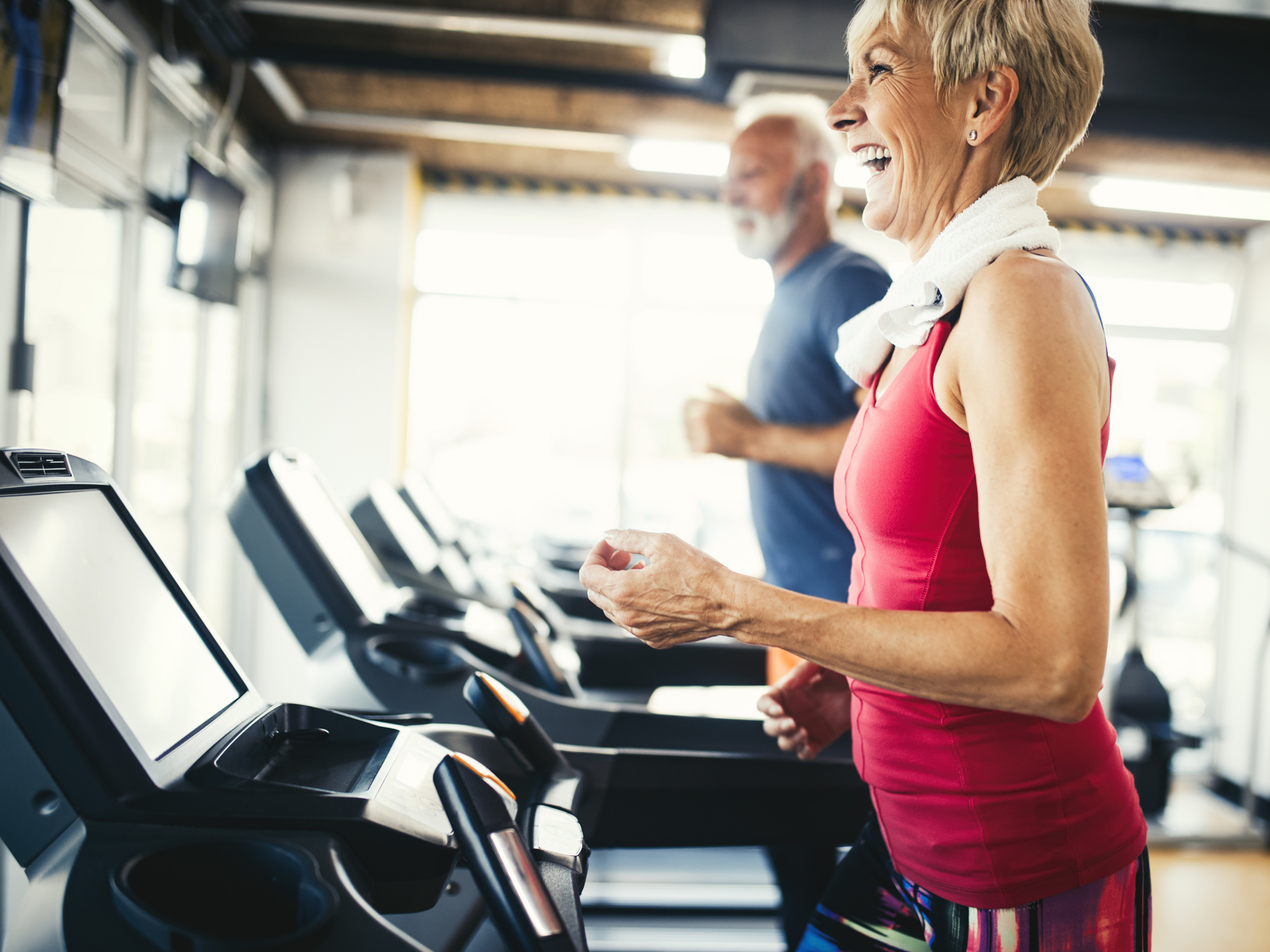 We all made mistakes in our youth…

Maybe you smoked because you thought you looked cool. Or you drank too much because all your friends were doing it. Or you ate fast food every day because it was cheap. Or you didn’t exercise because you’d rather go to a movie or a party (or basically anywhere but the gym).

It’s easy to think about these decisions and wish you had a time machine, so you could go back and slap some sense into your younger self.

But don’t get down on your younger self too much. Mistakes are part of a lifelong learning process that eventually makes you a wiser, happier and healthier person.

Plus, there’s some evidence that even if you lived a less-than-healthy lifestyle in your youth, you can make up for it later….

If your teens, 20s and 30s weren’t filled with frequent sweat sessions, don’t fret. A recent study published in JAMA Network Open found that exercising in your 40s and 50s will have almost the exact same longevity benefits as starting younger.

The study included 315,000 AARP members. Researchers tracked their health and recorded their lifetime exercise habits. And researchers found that people who exercise in their younger years have a 36 percent lower chance of an early death from any cause than people who don’t exercise. But here’s the kicker…

People who started exercising in their 40s and 50s had a 35 percent lower percent chance of an early death. There’s only a measly one percent difference. As a bonus, people who began exercising in middle age lowered their heart disease risk by 43 percent and their cancer risk by 16 percent too.

So, don’t get down on yourself for spending the first half of your life as a card-carrying couch potato. Instead, start new exercise habits right now.

“Midlife is not too late to start physical activity,” said the research team led by Pedro Saint-Maurice of the U.S. National Cancer Institute. “Inactive adults may be encouraged to be more active, whereas young adults who are already active may strive to maintain their activity level as they get older.”

Starting exercise habits that works for you

What’s the best way to start exercising when you’ve neglected your physical fitness for decades?

Well, the first thing to remember is that any exercise is better than no exercise. Do what you can based on your time and abilities. Even a 10 minute walk can make a difference in your health.

Related: How to fit exercise into your schedule

Of course, in this latest study, people who did the most exercise in all age groups received the most benefits. So, eventually you’ll want to build up to a more intense exercise regimen. Research shows that you should get at least 150 minutes of moderate-intensity exercise every week.

More specifically, the American College of Sports Medicine says that middle age exercisers should try to schedule their weekly exercise habits like this:

Hopefully, these guidelines will help you kick off a healthier and more active second half, so you can live longer and leave lifestyle mistakes in the past!