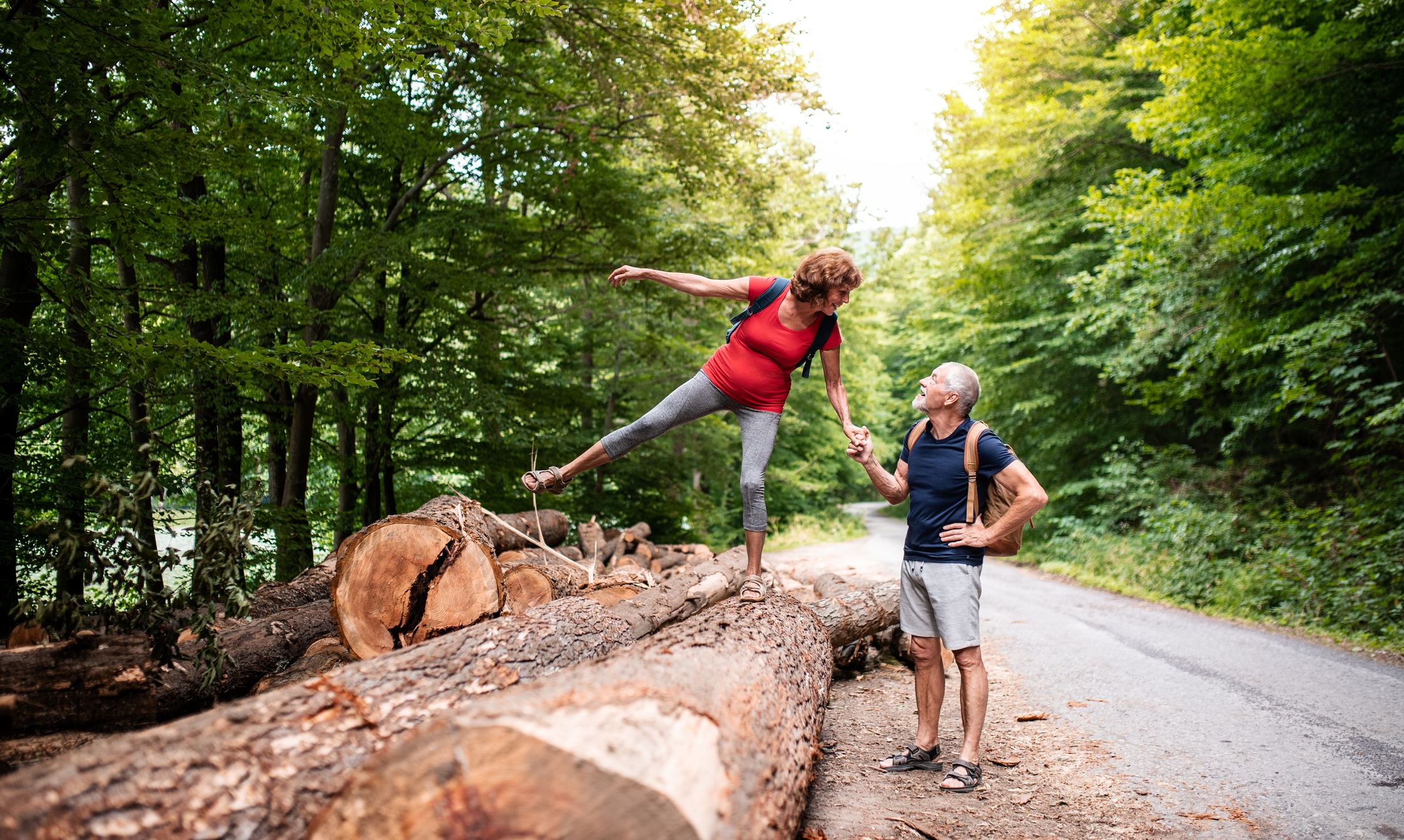 Now in my sixties, I’ve noticed that my balance is not as good as it used to be.

It seems that balance is something that tends to be better preserved as we get older — at least in comparison to things like aerobic fitness and muscle strength and flexibility.

That is until we hit our sixth decade of life.

Then, our ability to maintain balance starts to take a nosedive.

That really concerns me, especially after reading some recent research that talks about a simple balance test.

If you fail this test, the study shows, you may be headed for an early grave…

The study was published in June in the British Journal of Sports Medicine. Its purpose was to find out whether a balance test might be a reliable indicator of a person’s risk of death within the next decade.

If so, the researchers reasoned, a simple balance test ought to be included in routine health checks for older adults.

They examined results from 1,702 participants ages 51 to 75 who had taken part in a cohort study (a long-term observational study) between February 2009 to December 2020. The cohort study examined various measures of ill health or poor fitness and their associations with early death.

As part of the study, participants had been asked to stand on one foot for ten seconds. They were given specific instructions on how to position their bodies so that the assessment could be more standardized and comparisons could be made.

The proportion of those unable to stand on one leg for ten seconds was around five percent among 51- to 55-year-olds and eight percent among 56- to 60- year-olds.

That means that people in their 70s were ten times more likely to fail this balance test than people just twenty years their junior.

After accounting for age, sex, and underlying conditions, an inability to stand on one leg for ten seconds was associated with an 84 percent higher risk of death from any cause within the next decade.

Of course, no causal connection was made here between poor balance and early death. In other words, poor balance itself isn’t what causes a shorter life.

But the numbers don’t lie. Because an active lifestyle contributes to longevity, poor balance is likely an indication of not living up to that potential to keep a strong and nimble body.

If you’re in your 50s or younger, now is the time to work on improving and preserving your balance.

And if you’re in your 60s and beyond, it’s definitely not too late to engage in exercises and activities that will improve your sense of balance and keep you steady as you get older.

Yoga is an age-old practice that will improve your balance. There are yoga classes in almost every town and city across the country and plenty of how-to videos online, including simple exercises you can do using a chair to help steady yourself until you can do them without support.

The slow, controlled movements of tai chi can also teach your body balance and control.

If any of that seems a little challenging to start out with, there are You can find those 14 exercises to help seniors improve strength and balance here.