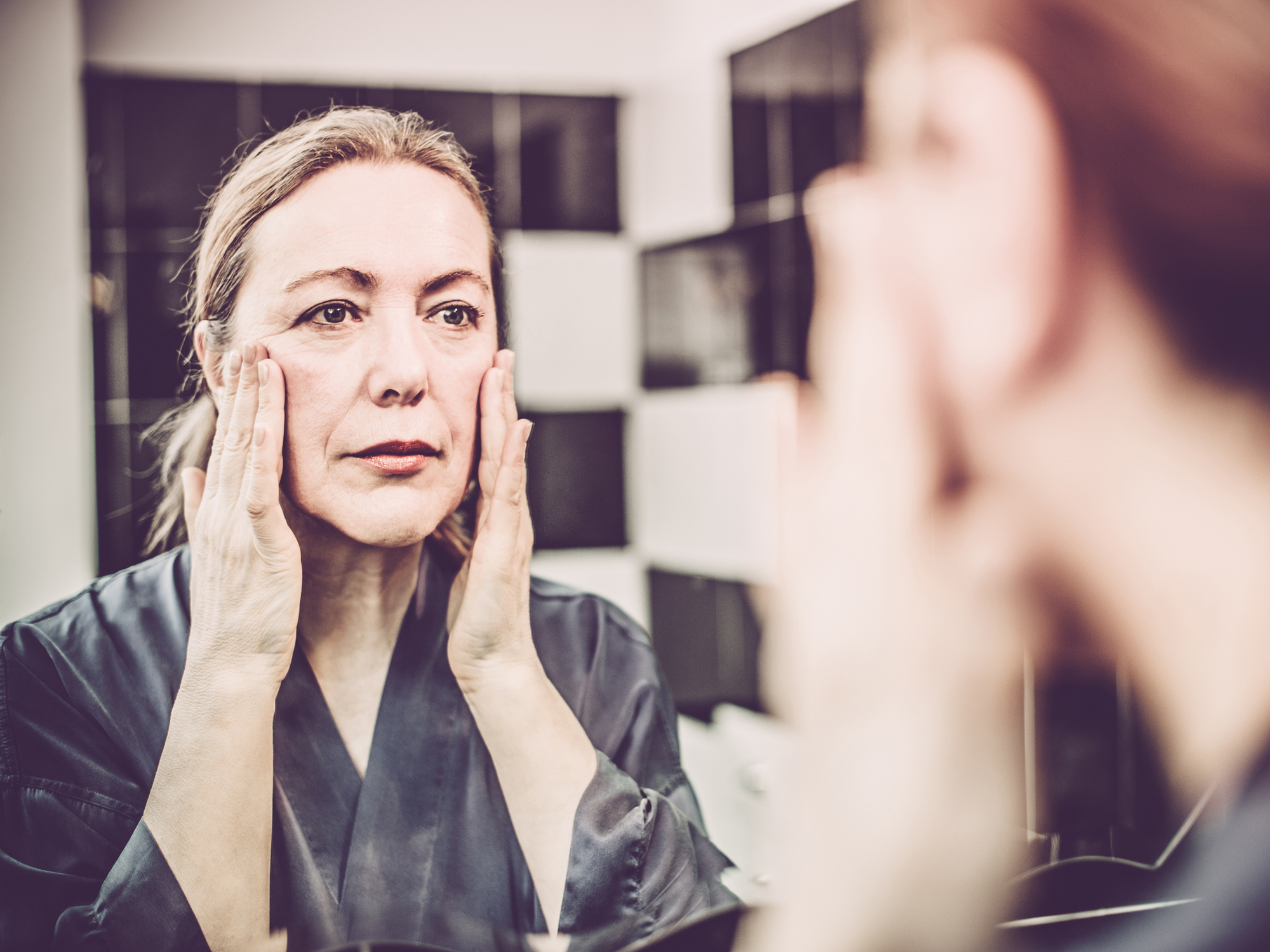 Have you ever had one of those experiences where someone says something so uncomfortable, you end up sitting through an extremely awkward silence for what seems like an eternity?

Well, I did last weekend.

My younger cousin Diana, whom I’m very close to (despite our age difference), just happened to be visiting from out of town. I had a few neighbors over too.

When Diana and I are together, we can’t help but share stories about our adventures as kids.

We were all laughing about one in particular, when my neighbor, who was sitting next to Diane, leaned over and said to her, “How sweet that you let Virginia tag along with you. My older cousins never wanted me around.”

The look on Diana’s face was miserable. For someone to assume she was the older cousin had to hurt, and I felt bad about the whole thing.

Can you reverse the signs of aging?

The next day I apologized to Diana for my neighbor’s innocent mistake. That’s when she told me that, in the last few years, she’d just accepted the fact that she looked older than others her age. She chalked it up to her genes.

So of course, I had to share what I knew about my favorite nutrient…

You see, your skin faces damage each and every day… from pollution to chemical-laden face soaps to ultraviolet rays and even the food we eat.

And the secret to aging better lies in reversing that damage.

There’s one nutrient that could have more ability to do that than any other… CoQ10.

That’s right, that pill that you’ve probably heard about as being good for your heart is actually a free radical busting powerhouse – an antioxidant that protects your cells from the effects of aging.

CoQ10 is not only necessary for producing cellular energy, but also for defending your cells from damage caused by harmful free radicals.

Since Coenzyme Q10 can exist in three different oxidation states, and has the ability in some forms to accept and donate electrons, it can cancel out free radical damage.

CoQ10 even helps to increase the absorption of other necessary skin nutrients, like vitamins C and E — both vitamins that can help support collagen.

And, a number of studies have shown the benefits of CoQ10 for your skin.

A 2009 study showed that CoQ10 helped in the formation of the “building blocks” of the skin, including certain collagens. While another study found that CoQ10 positively influences the age-affected cellular metabolism.

And, a further study revealed the ability of the antioxidant to reduce patients’ wrinkle score grade as observed by a dermatologist.

Should you take CoQ10?

Although your body has the ability to make some CoQ10 on its own, production naturally declines as you age — just when you need it most to help support aging cells.

Taking statins for cholesterol can also decrease your body’s ability to make CoQ10, leaving you deficient.

So, if you’re over 40 or take statins, you should increase your daily intake of CoQ10. There are two ways to do this, through food and through a supplement.

Foods high in CoQ10 include:

If you choose to take a CoQ10 supplement, look for one that is “bioavailable,” like Peak CoQSol10 CF™. Many other supplements use a substance called ubiquinone that your body has to convert to ubiquinol, and that process gets harder with age.