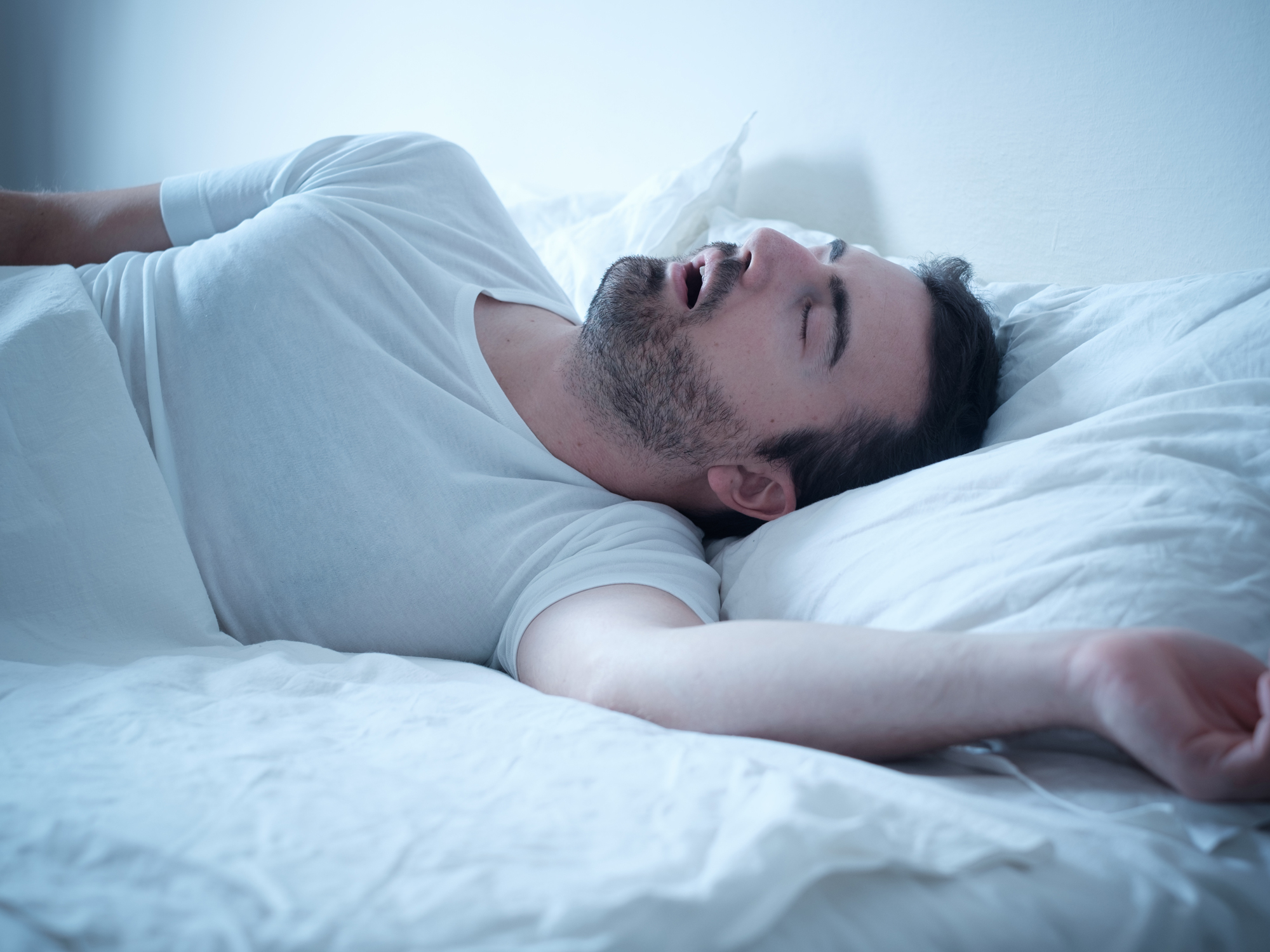 Nighttime is usually when your body rests and restores itself…

Unless, of course, you have a hidden sleep disorder that prevents you from getting the rest you need and ruins your health.

The sleep disorder I’m referring to is obstructive sleep apnea.

As many as 80 percent of people who have sleep apnea go undiagnosed. That’s because the primary symptoms — snoring and pauses in your breath while you sleep — happen while you’re unconscious.

That means, unless your spouse or partner tells you that you’re snoring or breathing funny in your sleep, it’s unlikely you’ll ever know. There are a few subtle symptoms you can look for in your waking hours if you’re concerned you may have it, like:

But even if you have these symptoms and you go to the doctor for a diagnosis, the treatment for sleep apnea is still a work-in-progress…

At the moment, the main treatment available is a device known as a continuous positive airway pressure (CPAP) machine. Since obstructive sleep apnea is caused by overly relaxed throat and tongue muscles that allow your airway to close, this machine includes a mask that blows compressed air into your airway to keep it open.

It’s an effective treatment, but most people with sleep apnea find it uncomfortable and inconvenient… which means they don’t always use it.

Luckily, there’s a promising new supplement for sleep apnea on the horizon. More research is needed to know for sure. But this supplement could very well be the solution sleep apnea sufferers everywhere have been looking for…

The sleep apnea supplement of the future

In a recent study, researchers from MIT found that a supplement called yohimbine reversed the cause of obstructive sleep apnea in rats.

More specifically, the supplement acted on the rats’ brains in such a way that it prevented certain nerves from getting “sleepy” and failing to do their job. When these nerves get “sleepy,” the muscles in the throat and mouth get too relaxed and that’s what leads to the obstruction in the airway that causes sleep apnea.

Yohimbine, in case you’ve never heard of it, is a supplement derived from the bark of the African Pausinystalia yohimbe tree. It’s used for weight loss, to improve circulation, boost sex drive and to treat erectile dysfunction. But before you go out and purchase this supplement for your sleep apnea, I have a few words of warning…

Researchers say yohimbine is generally safe for healthy people, but could be risky for people with heart disease, high blood pressure or anxiety disorders. And there’s no guarantee yet that it will work for sleep apnea in humans. They still have to do clinical trials to figure that out. So proceed cautiously.

In the meantime, there are a few other things you can try to relieve your sleep apnea. Dr. Michael Cutler, for example, says you can relieve sleep apnea naturally by losing weight (if you’re overweight), by sleeping on your side instead of your back and by doing anti-apnea exercises. Check out his post on the subject for more information. You could also try wearing a chin strap while you sleep.

Of course, right now, the only surefire way to relieve a severe case of sleep apnea is using a continuous positive airway pressure (CPAP) machine. If you can stand it, you should give it a shot…  especially since sleep apnea can take such a serious toll on your health.