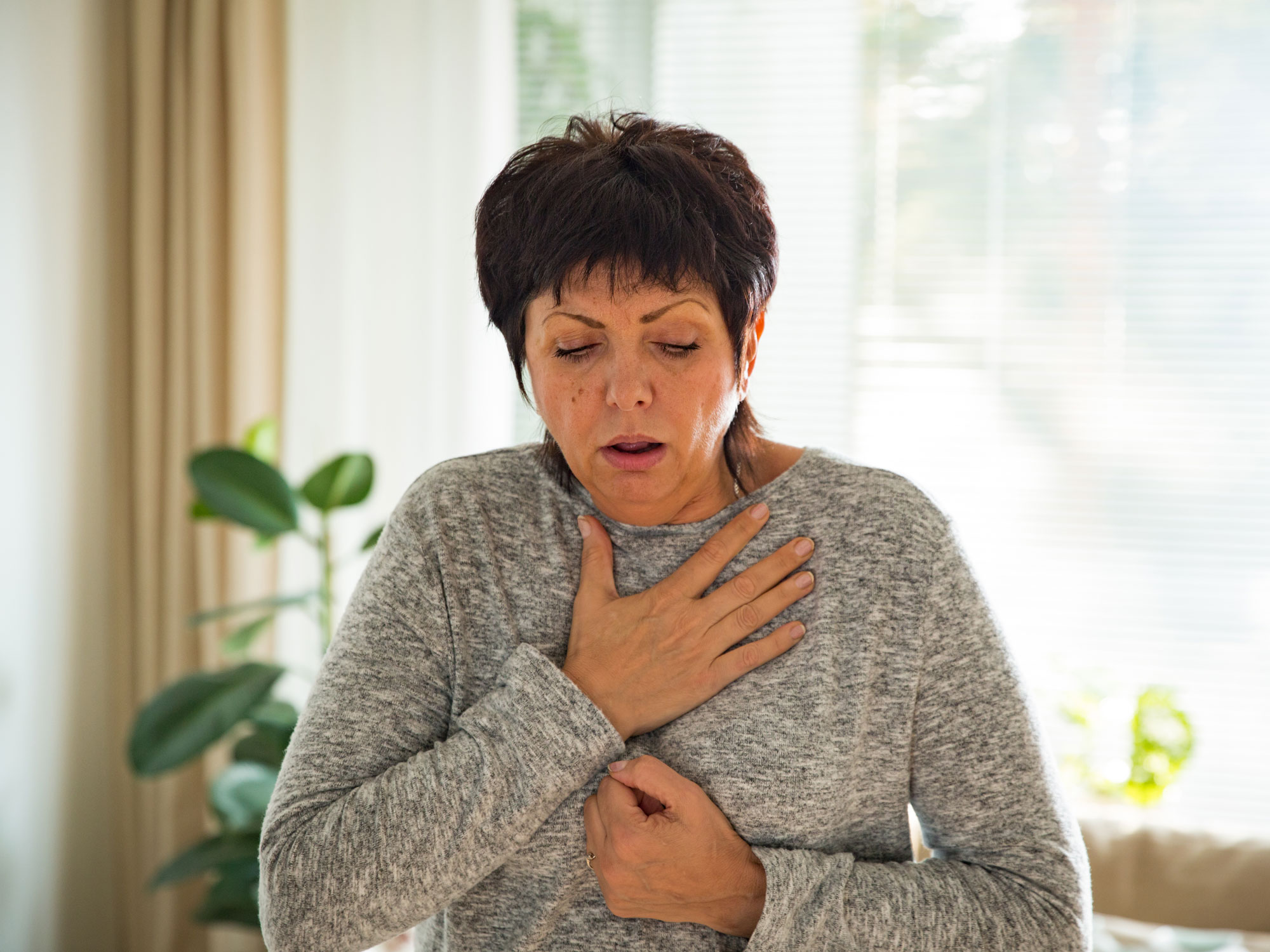 I don’t know a family that has not been hit by the flu this year — except mine… so excuse me while I find some wood to knock on right now.

I’m not trying to make light of this awful flu season by any means.

The fact that this has been such a tragic year for victims of the flu and their families only makes me realize even more, just how fortunate I am that anyone really close to me has been left unscathed.

But I have heard the horror stories. And I wondered how, in this day and age, do so many people die from the flu? I was reading story after story about people who’d gone to the doctor with the first symptom… who’d taken the Tamiflu… yet, died.

Her father had recently passed away after a bout with the flu — a full 10 days later, after his symptoms had abated and he seemed fine — from a heart attack the doctor said was most likely brought on by the flu.

How flu leads to heart attack

We’ve always known that it’s the young and the older among us who are particularly susceptible to the flu.

The young are hard hit because their immune systems are much less developed to fight off microbes. And the older among us can fall victim because of a weak immune system. But if your immune system is strong enough to get you through the infection, why would your body then succumb to something like a heart attack?

Heart attack following a bout of flu is not unusual. In fact, for a while, scientist have known there was a relationship there…

But it wasn’t until recently that results of a Canadian study confirmed that flu victims aged 35 and older were six times more likely to have a heart attack during the first week following a flu diagnosis than the year before or the year after.

And the culprit is one you’ve heard of before: inflammation.

Inflammation is already a contributor to chronic disease. The young lady in the line at the store had said her dad had high blood pressure… but not terribly high. She said his meds were low dose, and his cholesterol was just borderline.

But still, these conditions contribute to inflammation in the body. So when it was coupled by the inflammation produced by an immune system attack, spurred in attempts to hunt down and catch a contagion, his body couldn’t handle it.

According to information I found at Live Science, “the body’s immune response to the virus may make the plaque inside blood vessels unstable, which could lead to an artery blockage.”

Additionally, according to the American Heart Association, when a person has the flu, the heart may need to work harder to pump blood through the lungs — and that increase stress on the heart.

Most of us have strong personal feelings about the flu vaccine. So I’m not going to make a suggestion in that regard…

But I do want to stress the importance of overcoming or reducing the inflammation abomination. An extra six percent risk of heart attack following the flu may not sound like much, but if your body is already ripe with inflammation, it could be the tipping point.

During and leading up to flu season we should all take the normal precautions to avoid catching it. But avoiding the dangers of inflammation is something that can become a year-round lifestyle habit with nothing but big benefits…

Some of the best ways to reduce inflammation in your body include:

With hundreds of studies exploring its positive benefits, turmeric can be consumed in its fresh, root-like form, as a dried, ground spice, or in supplement form. Follow these three steps to optimize turmeric’s cancer-fighting benefits.

Although grain-based foods are promoted as fiber-rich foods, vegetables contain just as much fiber, along with providing more vitamins and minerals. For example: 3.5 oz. sun-dried tomatoes, peas or artichoke contain around 5.5 grams fiber while the same quantity of brown rice contains 4.7 grams. Choose a wide variety of vegetables to boost up your fiber intake.

Luteolin is a type of flavonoid that can be found in lemongrass, broccoli, green beans, carrots and bell peppers, and it considered Traditional Chinese Medicine’s most promising cancer and inflammation fighter.

Similar to CoQ10, PQQ is considered an essential micronutrient. Not only does it defend against mitochondrial decay (that can take down entire body systems), but it is a potent anti-inflammatory. It is considered a longevity nutrient with big heart benefits.