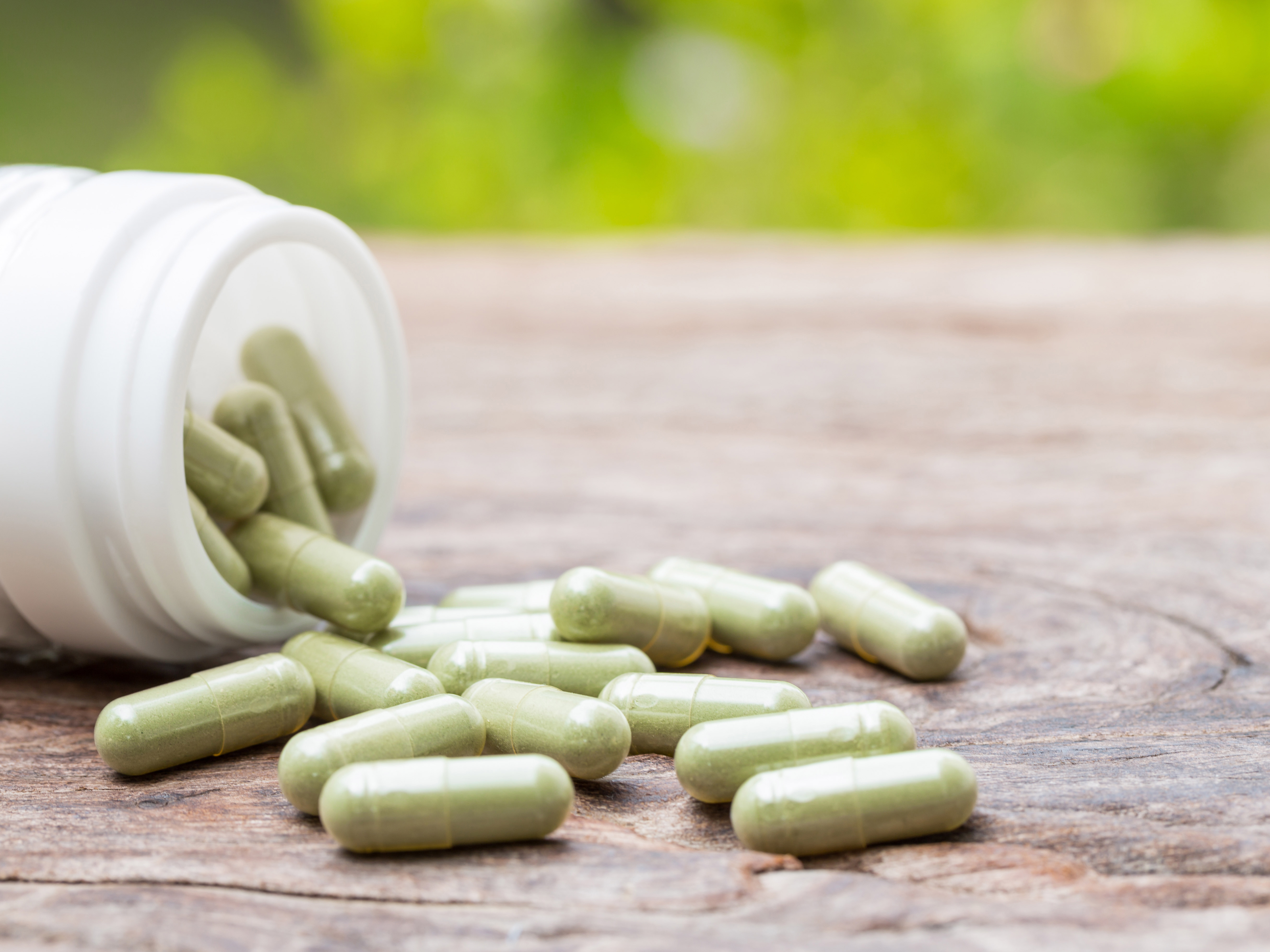 Stroke is a silent killer of millions. Modern medicine is struggling to prevent stroke and improve recovery for patients.

Yet, the established medical community turns up their nose at the thought of medicating patients with “natural ingredients.” They claim there is no proof of their efficacy and that people may die if taken. How absurd, given that thousands die from prescription drugs when compared to almost zero from taking herbals.

Well, I hope the tables will soon turn, based on research that shows TCM is effective at helping stroke victims recover.

In 2011, an overseas company released a natural supplement based on these TCM formulas that found great results in clinical trials. The only problem is, even with clinical trial proof, they are restricted from selling it in the United States.

But you have a right to know what the studies found…

According to a World Health Organizations (WHO) report, “Stroke is a leading cause of acquired disability in adults.” It strikes 15 million people annually.

I’ve previously written here about how stroke deaths are higher now than just a decade ago, and here about how those who suffer migraines are at double the risk of stroke. This silent killer is one of the toughest to prevent and to treat in terms of restoration of normal brain and motor function after the fact.

A stroke attacks the brain. Eight out of 10 strokes are called “ischemic,” killing brain cells by cutting off their blood and oxygen supply. Without blood and oxygen brain function cannot be normal. Ischemic strokes are caused by blood vessels being blocked by a blood clot or by narrowing arteries caused by cholesterol-induced plaque buildup in the arteries. Additionally, the usual suspects–genetics, high blood pressure, obesity, diabetes, smoking—all place one at higher risk of stroke.

When a stroke hits, the victim has only a short time before brain cells die that can cause physical disabilities including loss of motor skills, sensory perception, language and visual issues and memory loss. Time is of the essence — and if a supplement were on hand, or readily available, that is proven to help stroke recovery, all the better their chance of recovery.

In 2011, biopharmaceutical company Moleac announced the launch in France and Belgium of a natural supplement called NurAiD II. It is a natural health supplement based on classic TCM formulas, “engineered to stimulate neuroplasticity and recovery… to support the restoration of neurological functions…” after stroke.

Moleac was founded in 2002 and is based in Singapore. Its European subsidiary was created in 2008 in Paris. Moleac develops its natural health products by drawing on traditional knowledge, combined with modern-day molecular, cellular and clinical studies. During the course of its development, Moleac has set up various partnerships with research institutes in France (the CNRS), China and Singapore.

While this may sound like an advertorial, I assure you it is not. I have no connection to or with this company and have never met any of its representatives. But I do belief in TCM, and natural wellness overall, and the fact that this company seems to use traditional formula with modern research and manufacturing, and readily subjects its products to clinical trials… is very interesting and worth investigating.

According to Moleac’s literature, “NeuroAiD™ is a recovery stimulator dedicated to support neurological functions by creating a favorable environment to enhance neuroplasticity. Precisely, NeuroAiD™ triggers the production of new neurons in our brain (neurogenesis) and favors connections between neurons by stimulating the formation of new dendrites and synapses (neuroplasticity). This favors the formation of new functional neuronal circuits, which are key for achieving a full post-stroke recovery. The changes in the brain materialize into faster and higher improvements of neurological functions during rehabilitation. This neurorestorative activity of NeuroAiD™ was established in 2010 by a team of French scientists and published in peer-reviewed international journal.”

But is all this true or just hype? I did a search of the literature on PubMed and found several clinical trials that, in fact, support these statements. Let’s look at a few that refer to NeuroAid by its scientific formula numbers MLC901 and MLC601.

The title of the first study, published in the journal Neuroscience, says it all: “MLC901, a Traditional Chinese Medicine, induces neuroprotective and neuroregenerative benefits after traumatic brain injury in rats.”

This study looked at the effect of NeuroAid when used in mice with traumatic brain injury. So positive are the results, that I will just quote form the abstract of the study here.

“This study was designed to “evaluate the neuroprotective and neuroregenerative effects of MLC901 in a rat model of TBI. The cognitive deficits induced by TBI were followed by using the “what-where-when” task, which allows the measurement of episodic-like memory. MLC901 treatment decreased brain lesions induced by TBI. It prevented the serum increase of S-100 beta (S100B) and neuron-specific enolase (NSE), which may be markers to predict the neurologic outcome in human patients with TBI. MLC901 reduced the infarct volume when injected up to 2h post-TBI, prevented edema formation and assisted its resolution, probably via the regulation of aquaporin 4. These positive MLC901 effects were associated with an upregulation of vascular endothelial growth factor (VEGF) as well as an increase of endogenous hippocampal neurogenesis and gliogenesis around the lesion. Furthermore, MLC901 reduced cognitive deficits induced by TBI. Rats subjected to TBI displayed a suppression of temporal order memory, which was restored by MLC901.”

And the final remark of the study authors: “MLC901 has neuroprotective and neurorestorative actions, which lead to an improvement in the recovery of cognitive functions in a model of traumatic brain injury.”

This next study appeared in the journal Neuropharmacology, and looked at “Neuroprotective and neuroproliferative activities of NeuroAid.” The authors begin their report noting that “numerous recent failures in clinical stroke trials have led to some pessimism in the field.” And so here, they study the effects of the TCM inspired NeuroAid supplement on stroke recover in mice.

For their study, the researchers demonstrated the effects of the product in mice who suffered ischemic stroke. They observed several telling results:

And their final analysis is that “MLC601 and MLC901 clearly represent a very interesting strategy for stroke treatment at different stages of the disease.”

Studies in mice are well and good, but how does this herbal supplement work on humans who have suffered stroke? To be clinically accurate the researchers relied on use of the modified Rankin Scale (mRS), the most widely used clinical outcome measure for stroke clinical trials.

Well, let’s look at a study appearing in the peer-reviewed, open access journal, Rehabilitation Research and Practice. This is a retrospective cohort study comparing 30 post stroke patients given the supplement over a three month period against the same number of patients who were not given the supplement. At the close of the third month they found that results as positive as those in the mice studies.

Many more studies show the promising and real recovery effect of using NeuroAid after ischemic stroke. One study even showed there are positive effects in cognitive tasks when using the supplement without having a stroke.

Of course more human trials need to be conducted on the efficacy of NuroAid and its long-term effects on humans. But in the meantime, the product is registered as a “natural supplement” and should be made available in the United States. So why isn’t it? I will look more into this issue. But with such positive results coming from clinical trials and published in peer-review journals, it makes one wonder.