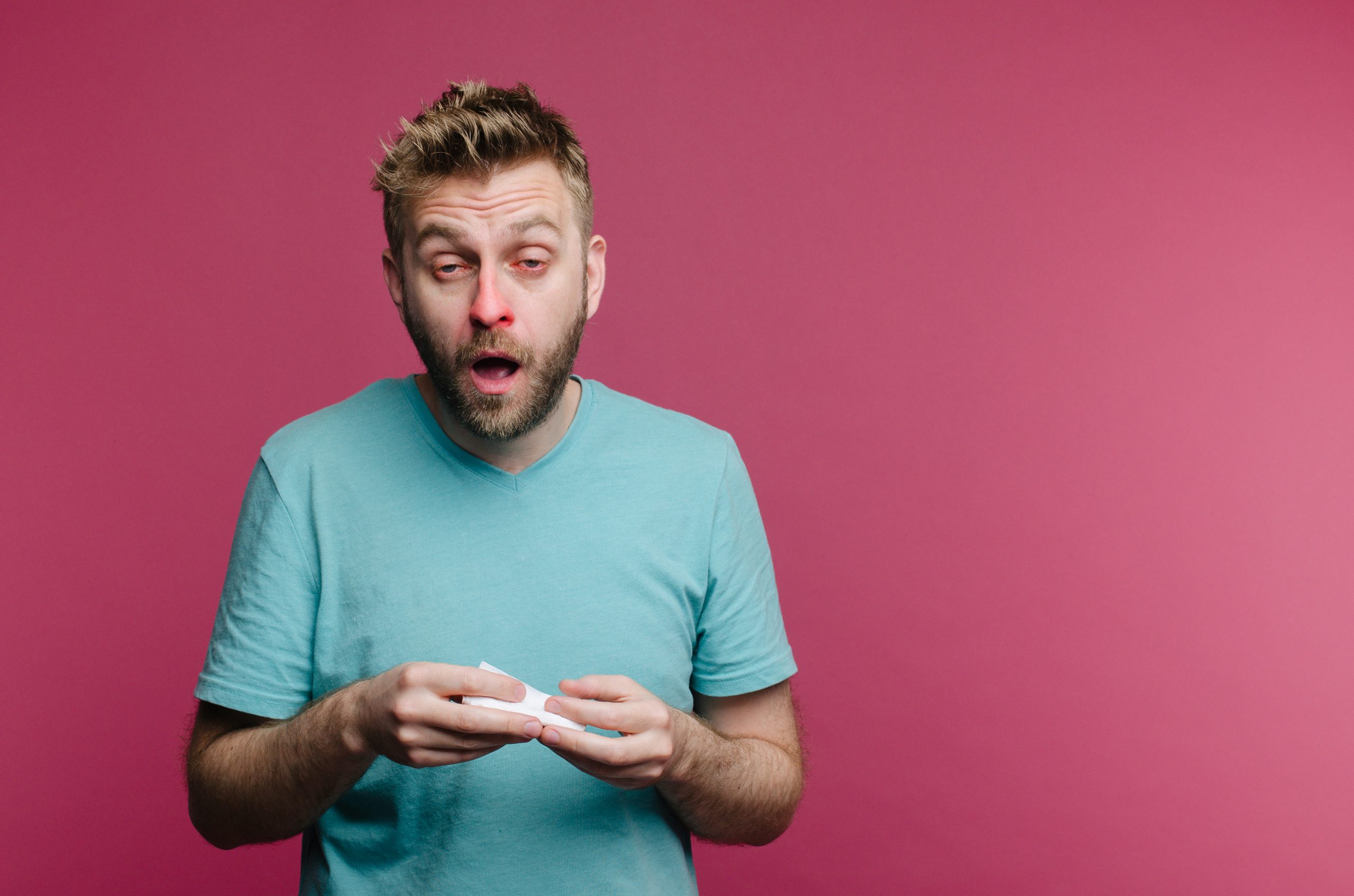 If you’re living with allergies, you might just think that the sneezing, runny nose, coughing, irritated stomach and more are just a normal part of everyday life.

After all, one in five adults suffers from environmental allergies from the likes of ragweed, cedar and even the grass we walk on and the dust in our homes. And over one in ten of us has food allergies that keep us from enjoying the meals we love.

So allergies are just a normal part of life, right?

In fact, your allergies aren’t normal. And if you’ve noticed they’re definitely worse than they used to be, it’s likely a sign of your exposure to a dangerous and ever-growing heavy metal contaminant.

The heavy metal that we’re talking about is known as cadmium.

And it is everywhere!

While it’s well known for its use in making batteries and paints, most of us actually ingest it by eating plant and animal foods that have absorbed the pollutant or by drinking contaminated water.

However, you may also come into daily contact with it simply by slipping on your favorite bracelet or necklace, since far too many manufacturers have conveniently ignored the ban on cadmium in costume jewelry.

You can also inadvertently expose yourself to the heavy metal through decorative dishes (like the ones you bring out on special holidays) and cigarette smoke.

And according to Prosper Boyaka, professor and chair of veterinary biosciences at The Ohio State University, “The problem is, because cadmium doesn’t degrade easily – it has a half-life in the body of at least 15 years – if you are chronically exposed to low doses, it accumulates over time.”

“It’s also not something we can easily avoid being exposed to because it can remain in air, soil and water,” he said.

And that’s exactly why Professor Boyaka and his team of researchers set out to determine exactly how cadmium can affect us all and what its connection is to our ever-growing number of allergies.

In fact, thanks to previous research, the team already knew that children who have been exposed to the heavy metal due toys (and even baby food) that contain cadmium have a high susceptibility to asthma and allergic response.

So the team tested the cadmium/allergy connection in mice.

The researchers gave the mice a “subtoxic” dose of cadmium to drinking water for 28 days. Using a mouse model that simulates human genetic predisposition to an egg allergy, the team then exposed the mice to an egg protein to test their allergic response.

Mice that drank water containing these so-called subtoxic doses of cadmium that were then exposed to the allergen had a stronger allergic reaction than the mice that were protected from the heavy metal.

In fact, the cadmium-exposed mice experienced both high levels of inflammation and allergy symptoms due to two specific issues:

“Our hypothesis was that cadmium would change the microbe population in the gut because we know that dysbiosis, or a change in the microbiota, can drive allergic responses. And yes, giving those tiny, tiny doses of cadmium in the drinking water did change allergic sensitization,” Professor Boyaka said.

In other words, small doses of cadmium can cause you to have this more intense allergic reaction to whatever your allergen is.

How to avoid cadmium exposure and boost detox

So if cadmium is everywhere, from your jewelry and dishes to the food you eat and air your breathe, how can you avoid exposure and rid your body of the heavy metal that has already built up over the years?

First, you should limit your exposure through food by avoiding:

Second, be sure to add in foods that help your body flush calcium, such as berries, grapes, tomatoes and garlic.

Third, take probiotics, since these beneficial bacteria have been found to be an antidote for daily toxin exposure.

Finally, put EDTA chelation therapy to work for you since it is effective in flushing stubborn cadmium from your body.

In fact, the data from one study published in the National Library of Medicine demonstrated that EDTA chelation therapy results in significantly increased urinary losses of lead, zinc, cadmium and calcium.

The path from pollutants in food to a heightened allergic response – EurekAlert!

Allergy Statistics in the US – Allergy and Asthma Network

Allergy Facts and Figures – Asthma and Allergy Foundation of America