Home » Vitamin D: The secrets behind the lost cure 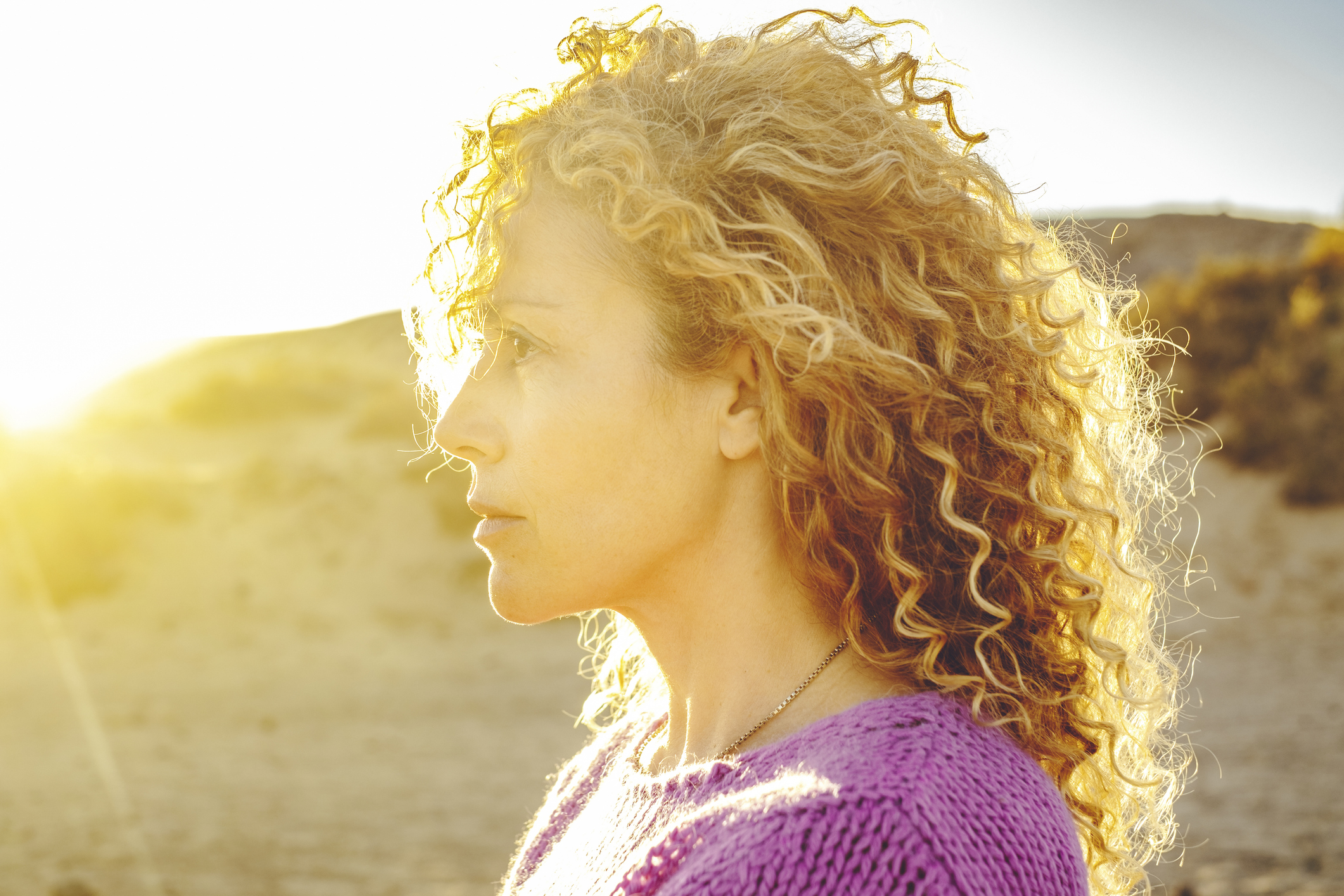 Have you ever wondered why, in novels and movies set around the turn of the early 20th century, if your favorite character is stricken with a vague illness — or even tuberculosis — they’re rolled out into the sun to convalesce?

Because before penicillin, sunlight was a primary treatment for most ailments — especially for those of a bacterial nature.

And while sunlight as a health aid goes back to ancient Greece, it wasn’t until the late 1700s that a French doctor noticed his patient’s sores healed faster when exposed to sunlight.

Dr. Niels Finsen suffered from Niemann-Pick disease — a progressive thickening of the connective tissue of certain membranes in the liver, heart, and spleen. Eventually, he noticed that when he felt sluggish, time in the sun made him feel better.

This inspired his work on solar radiation, and its subsequent use as a treatment for smallpox, lupus, and tuberculosis. Later on, Dr. Finsen won the Nobel Prize in 1903.

Once word got out about the sun’s healing effects, heliotherapy — or sun therapy — exploded!

Championed by Swiss doctor Auguste Rollier, solaria — buildings designed to optimize exposure to the sun’s rays — were erected throughout Switzerland and eventually across Europe.

What made Heliotherapy effective?

It’s simple really. It comes down to one simple nutrient. An unassuming vitamin that, several years later, barely received credit for anything other than helping to strengthen bones.

You already know that when sunlight hits the skin, a process begins that naturally produces vitamin D in your body. But what you may not know is that during this process, the sun’s U.V. rays also activate the gene expression of antimicrobial peptides known as cathelicidins.

These peptides are what give vitamin D3 its “germ-killing” properties. Studies show that cathelicidins stimulate the body’s immune cells and help it fight off infection.

Research published in 2020 recognizes that cathelicidins have direct antimicrobial activity against a broad spectrum of bacteria and viruses. These same peptides have even been shown to destroy tuberculosis.

So now when you look back on those turn of the century patients soaking up sun therapy — you know there really was some science behind the practice, even if they didn’t know exactly how it worked then!

From sunshine to silent epidemic

Heliotherapy maintained its popularity for many decades, even playing an important role in the Spanish flu from 1917 to 1920. It was only after the discovery and mass-production of penicillin during World War 2 that interest faded.

But compared to sunlight, penicillin was fast! Instead of basking in the sun, people could swallow a pill and go on with their lives.

For doctors, scientists, and, eventually, pharmaceutical production, this was a new frontier.

Unfortunately, sunlight therapy and vitamin D took a backseat in both the public eye and public health because of the popularity of antibiotics.

Some scientists continued to research vitamin D, especially in regard to bone health, and found foods could be fortified with the vitamin — further curtailing any need for that sun to skin connection.

It wasn’t long before doctors started warning patients about the damage the sun could do to their skin, suggesting sunblock to avoid skin cancer.

Only when the U.V. rays of the sun are involved in creating the form known as vitamin D3 (cholecalciferol), does the gene expression take place that spurs those antimicrobial peptides into action. Vitamin D2, the form of the vitamin that was added to foods, was man-made and did not affect that gene expression.

The truth about vitamin D

In recent years, numerous studies have gone on to discover the head-to-toe benefits of vitamin D3 that go far beyond strong bones. But the disease connection to low levels of the vitamin is just the tip of the iceberg of what we’ve learned…

For starters, vitamin D3 provides five times the relative biological activity of D2. And now we know why…

A study published in the Frontiers of Immunology confirmed significant differences between the two types of vitamin D, with vitamin D2 having a questionable impact on human health. However, the study found that vitamin D3 could balance people’s immune systems and help strengthen defenses against viral infections.

Professor Susan Lanham-New, study co-author and Head of the Department of Nutritional Sciences at the University of Surrey, explained their results show that vitamin D3 should be the favored form for fortified foods and supplements.

Only a handful of foods provide vitamin D3, including beef liver, egg yolks and cheese.

This means if you’re relying on fortified foods, not spending 15 to 20 minutes daily in the sunshine with 40 percent of your skin surface exposed, not eating 12 eggs a day or taking the right vitamin D3 supplement — you’re among the majority of Americans who are low in vitamin D or the 42 percent who are considered outright deficient.

The science behind the benefits

So now that you know how it works, what benefits can you reap from improving your vitamin D3 levels?

Research in the journal Annals of the National Institute of Hygiene showed that getting the right amount of Vitamin D can reduce the risk factors of heart disease by 20 percent!

Another study found the vitamin could even help heal or prevent cardiovascular damage!

The VITAL study, a rigorous, placebo-controlled study that spanned more than five years, found that vitamin D helped lower the risk of cancer spreading throughout the body by a full 17 percent.

And for those with a normal body mass index, they found that vitamin D helped to prevent the development of advanced cancer by as much as 38 percent!

Even more impactful was another study that showed when vitamin D was paired with calcium, it reduced the risk of getting any cancer by over 75 percent!

On the other hand, vitamin D deficiency was rampant among those with cancer! Previous research shows deficiency rates to be as high as 72 percent in some cases.

When it comes to naturally boosting your mood, everyone knows a little sunlight goes a long way. Now, we have the research to prove it!

According to one study, vitamin D protected against serotonin and dopamine depletion in the brain. Since both are feel-good neurotransmitters, it makes sense that the lower either of these hormones gets, the lower your mood goes. In this same study, those who were vitamin D deficient were at a 14 percent higher risk of depression.

A group of researchers writing in the European Journal of Endocrinology did a double-blind, placebo-controlled trial over 6-months studying the effects of vitamin D and insulin.

Those supplementing with vitamin D experienced beneficial effects on both their peripheral insulin sensitivity and disposition index.

Vitamin D and the brain:

The Buck Institute for Research on Aging has shown that vitamin D3 suppressed an important pathology of aging and prevented toxicity caused by human beta-amyloid — the brain-killing plaques that signal Alzheimer’s disease.

Research leader Karla Mark, PhD., had this to say, “Vitamin D3 reduced the age-dependent formation of insoluble proteins across a wide range of predicted functions and cellular compartments, supporting our hypothesis that decreasing protein insolubility can prolong lifespan.”

Maybe one of the biggest benefits of vitamin D is how it clobbers inflammation!

A study from the University of London found that vitamin D deficiency was associated with increased inflammatory response in otherwise healthy people — and that supplementing with vitamin D dramatically reduced inflammation throughout the body.

Inflammation is considered the main factor in the “unifying theory of disease” and that’s why we could quite literally go on and on with examples of conditions that getting sufficient vitamin D3 could put an end to.

Vitamin D and the rise in autoimmune disease

Research shows autoimmune conditions (AI), like rheumatoid arthritis, multiple sclerosis, psoriasis or Hashimoto’s thyroiditis, are 50 percent higher in older adults than they were 25 years ago.

This is not at all surprising when you realize two things:

Not only have they been scared away from the sun, but with age, it’s harder for the body to synthesize vitamin D3 naturally.

Not surprisingly, supplementing with vitamin D and omega-3s for five years reduced the occurrence of autoimmune disease in a study group of older adults up to 30 percent.

If you’re unsure about your D3 levels, your doctor can perform a blood test. But it is not necessary.

To raise and maintain adequate vitamin D3 levels, consider supplementing 4000 to 5000 IU daily. Check the label panel to be sure you’re getting D3 and not D2.

If you only take the daily recommended allowance, 600 to 800 IU, you might support your bones, but you’ll miss out on all the amazing benefits of this lost cure.

The rise and fall of sunlight therapy – Los Angeles Times

History of the discovery of vitamin D and its active metabolites – Pubmed.gov

Sunlight and the Protection Against Influenza – National Bureau of Economic Research

Study questions the role of vitamin D2 in human health but its sibling, vitamin D3, could be important for fighting infections – Science Daily