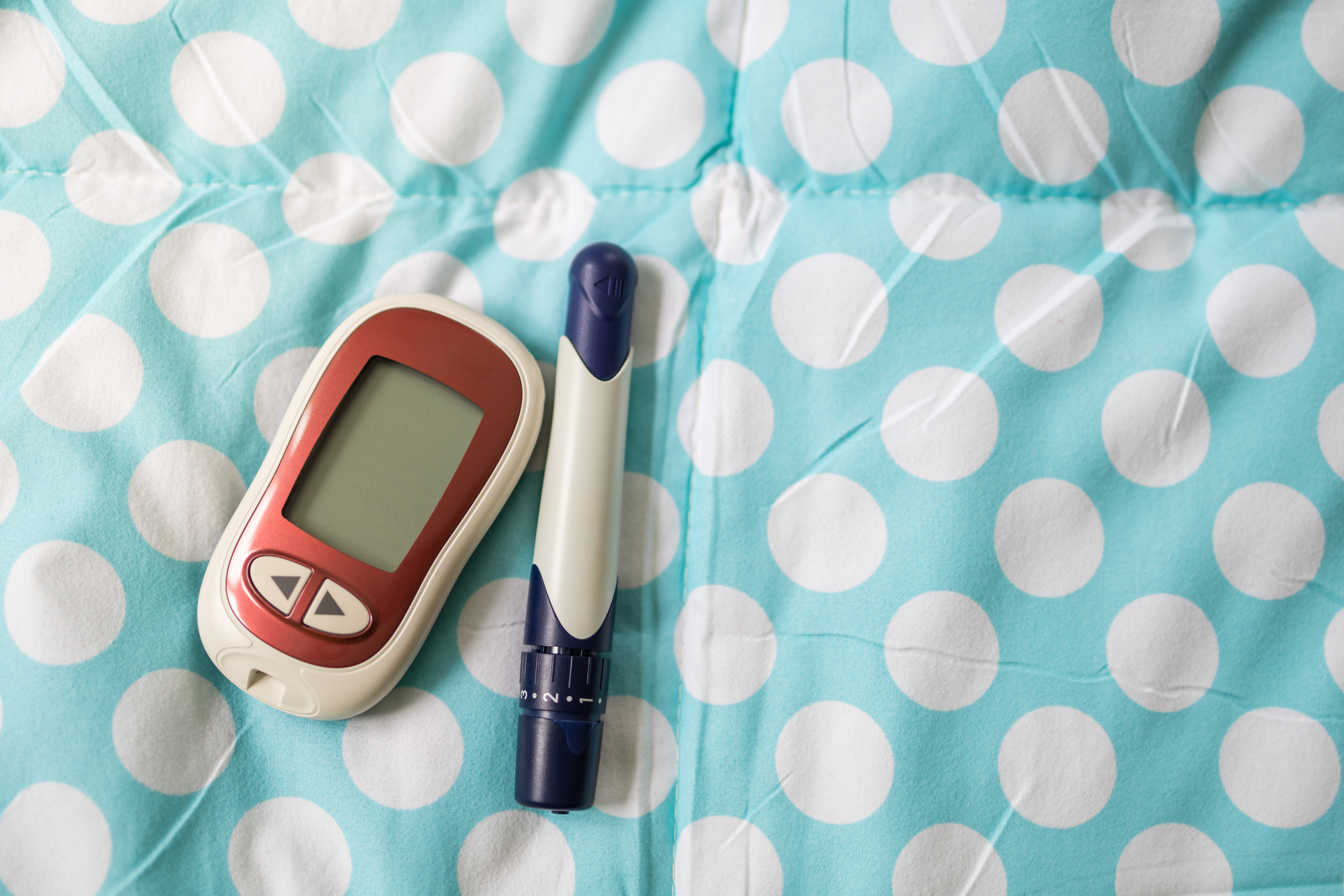 If you have diabetes, you have probably wrestled with sleep issues from time to time. Diabetics often have trouble falling asleep or staying asleep and often do not get enough sleep as a result.

One of the reasons for this could be unbalanced blood sugar levels. High blood sugar can make it less comfortable for you to sleep by making you feel too warm, irritable or unsettled. Low blood sugar can also hurt your sleep by disrupting your sleep patterns, leading to difficulty waking in the morning and tiredness throughout the day.

If you take insulin or other blood sugar medication, you may be at risk of low blood sugar levels during the night. Sometimes it can be noticeable, for example, if you wake up sweating, but it can also happen without you being aware of it.

One way to manage your blood sugar is to exercise, which can be tough to do if you’re tired after a restless night of poor sleep. It turns out there is a relatively simple change you can make to improve your odds of getting good sleep and enough movement throughout the day…

“Exercise plays an important role for people with diabetes, helping maintain a healthy weight and blood pressure, as well as reducing the risk of heart disease — all significant factors for improving diabetes management,” says lead researcher Dr. Joseph Henson of the University of Leicester. “This makes understanding the factors that can mitigate a person’s propensity to exercise extremely important.”

If you have diabetes and find yourself embracing a late-night lifestyle, don’t despair. There are simple ways you can transition from night owl to early bird so that you can get a better night’s sleep and more activity during the day…

Giving up those night-owl ways

A consistent sleep routine is essential to getting healthy sleep. Routine plays a critical role in sleep by balancing circadian rhythms, which in turn can benefit metabolic function.

The first thing to do is pick a reasonable bedtime — and stick to it. As mentioned earlier, the average bedtime for the morning chronotypes in the study was 10:52 p.m., so it doesn’t have to be super-early to move you into the early-bird camp.

At least two hours before you plan to go to bed, stop watching TV and stop using your smartphone or computer. All these devices emit blue light, which disrupts melatonin production. Melatonin naturally increases in a dark environment, so try keeping these devices out of the bedroom and make sure you can’t see any other external light sources, such as streetlights.

Try to develop a relaxation routine in the 30 minutes leading up to bedtime. This can include things like meditation, reading, low-impact stretching and listening to soothing music.

Make sure your bedroom is conducive to good sleep. In addition to keeping it dark, try to keep noise to a minimum, or drown it out with a fan or white noise machine. If that fails, you can always use earplugs or headphones. Also, it’s difficult to sleep in a bedroom that’s too hot or cold; research has found that a room temperature of around 65 degrees Fahrenheit is optimal for good sleep. If you want, you can also add a light, calming natural scent to your bedroom, such as lavender essential oil.

On the other end, it’s important to get up at the same time every morning. As tempting as it can be to sleep in on weekends, it can make it extremely difficult for your body to get used to a healthy sleep routine if you’re constantly waking up at different times.

Finally, don’t try to make these adjustments all at once. When you’re looking to move to an earlier bedtime, it’s best to make small adjustments over time. Try shifting your bedtime about an hour earlier each night until you’ve reached your target time, then if necessary, do the same for your wakeup time. Getting your body gradually used to these changes will make following your new sleep schedule easier and more sustainable over time.

Early birds vs night owls: for diabetics, an early bedtime is best — University of South Australia