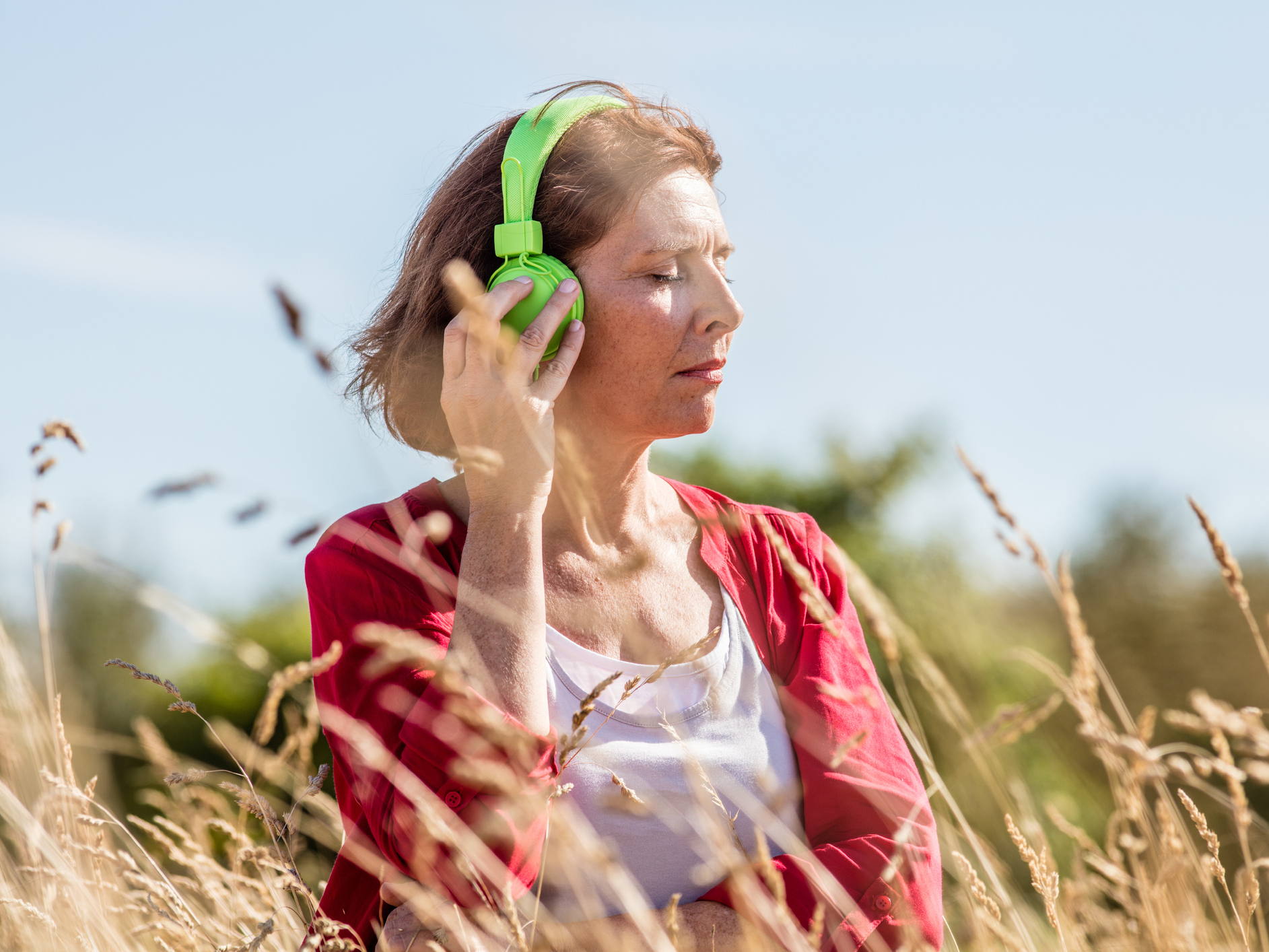 When a school of medicine as prestigious as the one at Johns Hopkins University embraces something and puts dollars into researching it, you know it’s something with real possibilities.

“It’s fascinating and powerful to think that music, something that has been floating around in our environment forever – that this natural, omnipresent human activity has demonstrable benefit as treatment,” says Sarah Hoover, associate Dean at the Peabody Institute, Johns Hopkins’ world-class music conservatory.

Together with Dr. Alexander Pantelyat, Hoover directs the Center for Music and Medicine at Johns Hopkins.

Dr. Pantelyat says that, while we’ve always instinctively felt music to be comforting and even healing, “now we are in a position to study the mechanisms and optimize music-based interventions.”

In other words, music is now being used as a way to treat neurological and other diseases, and alternative to medications, and there’s more and more evidence that it works.

Singing in a choir can increase your lifespan 50 percent

Social prescribing is a practice that is becoming more and more common in Great Britain, as well as in Ireland and the Netherlands.

Social prescribing by health professionals is the practice of referring patients to support in the community in order to improve their health, rather than turning to drugs as a first course of treatment, or along with medications.

Dr.  Sarah Andersen, a practicing physician in Sussex, England, says, “Research studying more than 300,000 people over seven years found that people with complex social connections, such as belonging to a choir or being part of a team, lived 50 percent longer than those that didn’t. That is the same health benefit of choosing not to smoke so the health implications are real and hugely significant.”

Blood pressure, stress, and your heart

After every heartbeat, blood pressure measurements are transmitted to the brain, which sends messages back to the heart. If your blood pressure is healthy, these two signals come together once every ten seconds.

According to research by Dr. Peter Sleight, a cardiologist at the University of Oxford, listening to music featuring a 10-second repeated pace can help “encourage” the heart to function at a normal rhythm.

Arias by Verdi and Puccini, as well as the Adagio from Beethoven’s Ninth Symphony, fit the bill.

The “ParkinSonics”… and more research on music and Parkinson’s

And now, we return to Johns Hopkins University.

At the Center for Music and Medicine, people with Parkinson’s disease meet regularly to sing together. They call themselves the ParkinSonics.

This program explores how singing can improve neurologic function while improving mood and spirit.

I remember that, when my dad lived with Parkinson’s, the first thing to go after his ability to walk steadily was his ability to speak loudly and clearly. His voice became a shadow of what it was.

For members of the ParkinSonics group, singing together has helped increase the vocal volume and clarity of participants. Many seem more confident in expressing emotion, which also becomes a challenge as facial muscles stiffen.

As recently as 2018, Elizabeth Stegemoller, an assistant professor of kinesiology at Iowa State University, found that singing was effective in improving Parkinson’s symptoms.

“We see the improvement every week when they leave the singing group,” she says. “It’s almost like they have a little pep in their step… some of the symptoms that are improving such as finger tapping and the gait, don’t always readily respond to medications, but with singing, they’re improving.”

We already know that playing an instrument improves the experience of aging. But more research like the kind going on at Johns Hopkins is needed to demonstrate just how music changes the brain.

In the meantime, here’s a video from the Center for Music and Medicine, featuring the ParkinSonics: