Home » Why are more of us more exhausted than ever? 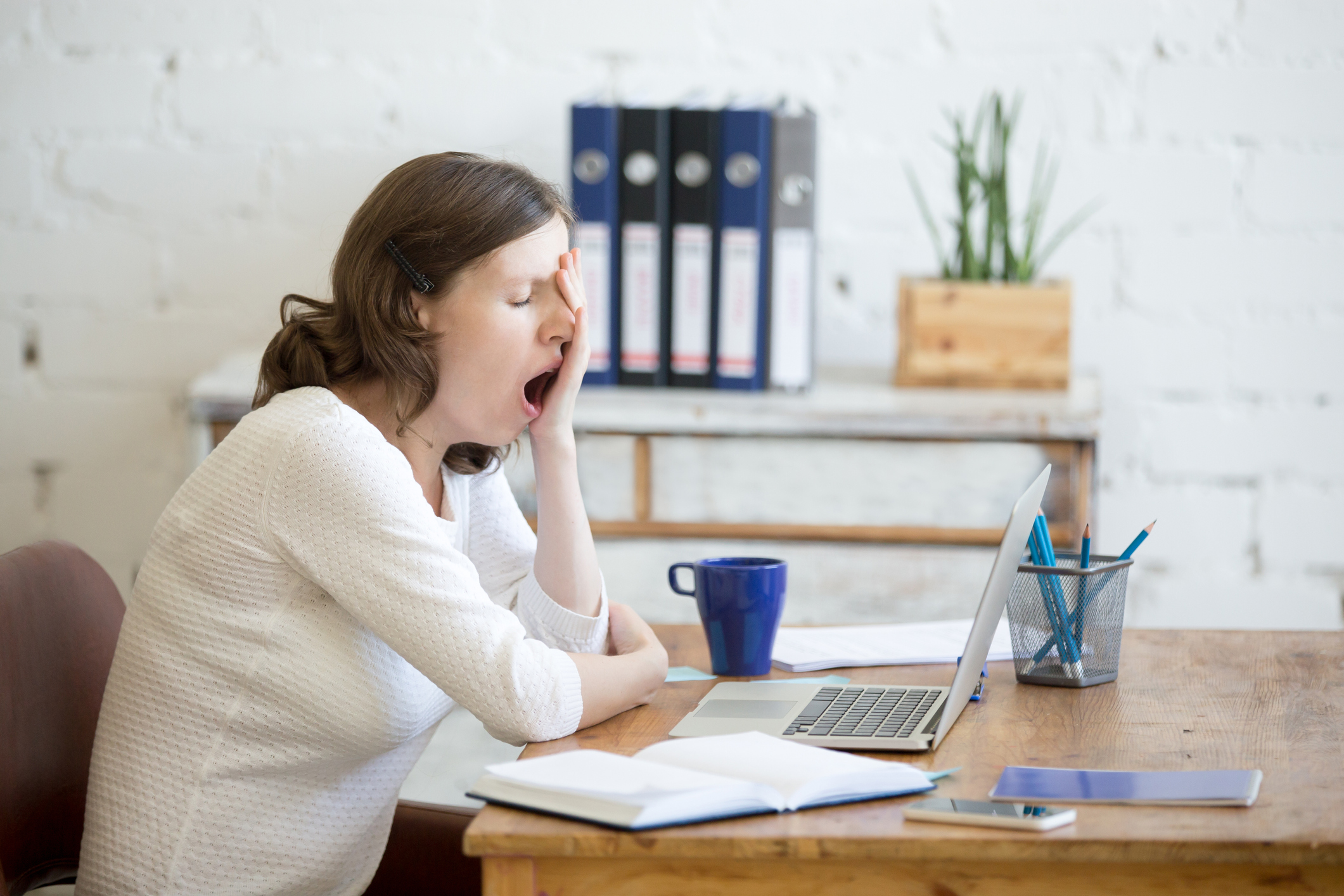 You wouldn’t think that staying home all the time would be exhausting. But the past two pandemic years have put the lie to that assumption.

So many of us are constantly at home now because of office closings, quarantines and limits on social interactions. It’s decimated our focus, thrown our schedules into chaos and blurred the boundaries between work and personal time.

According to a recent survey, this lack of structure is starting to weigh on many Americans, with 3 out of 5 saying they’re more tired now than they’ve ever been in their lives.

Being at home is permanently sapping our energy

The survey of 2,000 respondents was conducted by OnePoll on behalf of Monster Energy. In it, 59 percent said spending so much time at home in the past couple of years has caused them to be permanently short on energy. And 58 percent admitted to feeling disjointed and unfocused.

Getting a little extra sleep doesn’t seem to be the answer, since 55 percent of respondents believe no amount of sleep can help them feel focused during the day. However, 56 percent did confess that their most common energy-depleting activity was poor sleep scheduling. And 69 percent claim working from home has thrown their sleep schedule out of whack.

When looking at other reasons for their constant exhaustion, roughly half cited long work hours or having to stay inside during lockdowns. About 41 percent pointed to a lack of routine in the worst months of the pandemic. And according to 34 percent of respondents working from home, it’s no longer possible for them to do many of the activities they used to keep their energy up.

Surprisingly, many of the respondents indicated they missed the energy boost they would get from being in the office. Almost half said spontaneous conversations with their coworkers helped keep them upbeat and alert during the workday.

Other energizing activities cited by respondents included getting up and walking around the office (45 percent), the structured routine of working 9 to 5 (33 percent) and leaving their desk to get coffee or lunch (33 percent).

There is one way in which many of those surveyed are coping with their energy shortage. When they’re hit by an afternoon energy drop — around 1:04 p.m. on average — 64 percent of respondents turn to caffeinated beverages to help boost their focus and productivity.

According to the survey, 46 percent of respondents blamed their exhaustion on too much screen time — and not just of the binge-watching variety. For instance, 3 in 5 respondents find video conferences using apps like Zoom to be even more exhausting than in-person meetings.

We’ve written before about the perils of increased screen time during the pandemic. A study conducted last year found people who clocked 17.5 hours per day of screen time across all devices had the least healthy diets and the poorest health-related characteristics.

When that study specifically looked at binge-watching multiple episodes of a TV program in a single sitting, they found it to be linked with perceived stress and unhealthy dietary patterns, including frequent fast-food consumption and eating family meals in front of a television. So it appears “Netflix and chill” may be causing us to feel the exact opposite.

Putting the pep back in your step

Some of the methods for cutting back on screen time suggested by researchers in that study could also be useful for bringing our energy back up to pre-pandemic levels.

For example, getting up and going for a half-hour walk around the neighborhood can help you feel more energized and alert. If you’re stuck at home because your “new normal is working from home, even doing a few minutes’ worth of stretches can help perk you up. Cleaning the house is another way to get your blood pumping while giving you a break from screens.

Other activities like cooking or reading a physical book or magazine can help improve your focus, as can engaging in hobbies like painting, making crafts or playing an instrument.

And if you need an energy boost midday, giving in to an extra cup of coffee or tea is not a bad thing. Besides the much-needed caffeine, those two drinks could lower your risk of stroke and dementia.

But for longer-lasting energy, try a daily CoQ10 supplement. Your cells use it to produce the energy your body needs for basic functions — including cell growth and maintenance — but it can also support your daily energy levels.

Even though most of the pandemic energy drain we’re feeling is due to a particular situation, CoQ10 can have powerful effects. A study published in 2021 found that people with extremely low plasma levels of CoQ10 suffered the most from memory and concentration issues.

Need a mood boost, too? Try the sunshine vitamin.

Energy crisis: 3 in 5 Americans more exhausted now than ever in their lives — Study Finds