Home » The worst drug side effect of all 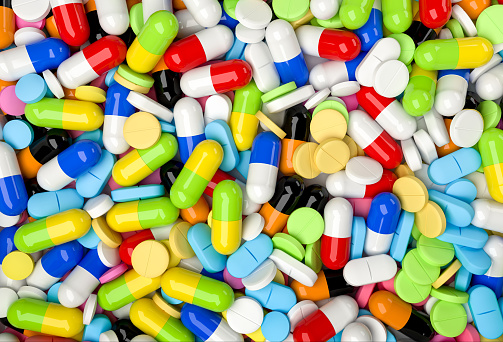 When I hear “bad news” being reported, I often get a tight feeling in my chest and stomach. It’s hard not to hear about something terrible happening and imagining the scenario playing out in your own life.

That’s how compassion works. We feel for what others are going through.

Unfortunately, there’s a lot of bad news in the world, but I like to think that, in reality, I’m safe from most of it.

But that’s denial — and that’s a dangerous way to think.

Because denial, especially when it’s accompanied by misconception, can put you at grave risk for one of the worst — and largest — health crises to hit America…

Never in a million years

I’m sure you’ve heard more lately about the opioid crisis. And like me, you’ve probably had thoughts like, “What are the young people of this country coming to?”

Because never in a million years could I or my friends allow something like this to happen to us.

When it comes to drug overuse and abuse, that’s a dangerous misconception most of us share. Sure, we realize that some adults may become accidentally addicted to opioid prescriptions because of painful health conditions.

But the image that sticks in our minds most often is based on what we hear on the evening news: the stories about the young heroin addicts robbing and stealing to satisfy their fix — and the accidental overdoses. And the devastated parents, put through the wringer over and over again, trying to save their children.

I was guilty of perceiving the opioid crisis this way. And in case you have been too, let me paint a clearer picture…

Right now, in the U.S. more people use opioid painkillers than tobacco.

That means more people are popping opioids than are smoking cigarettes or cigars, chewing or dipping tobacco or using snuff.

As if that weren’t shocking enough, it’s been reported that opioid prescriptions have actually decreased for the first time in two decades — yet, still, the use of these highly addictive pain medications is so high, it rivals that of tobacco… a substance anyone over the age of 18 can buy practically anywhere.

Could you fall into the opioid trap?

Overall, doctors may have slowed down on the number of opioid prescriptions, except for one group of people… seniors.

According to The Chicago Tribune, a report from 2011 revealed that 15 percent of seniors were prescribed an opioid when they were discharged from a hospital stay — and three months later, 42 percent were still taking them.

This is how it starts — the worst drug side effect of all: addiction.

Every year oral surgeons remove the wisdom teeth of some three million young people under the age of 25 — and almost all of them leave the dental chair with an opioid prescription.

Are the doctors to blame? They’re just trying to keep us from hurting, right? Are we to blame? That’s a tricky question…

No one wants to hurt and no one deserves to suffer in silence. If we have to place blame it might be on our reliance of mainstream medicine to give us a pill for whatever ails us — and for having a pill for everything.

Now, we don’t have to place blame — but for one reason… and that’s to help understand what has to change to avoid falling into the opioid trap, especially now that you realize your chances of grappling with this terrible addiction are closer to home…

Reduce your risk of becoming an opioid statistic

What are our doctors prescribing opioids to us for in our senior years?

Opioids can be prescribed for numerous conditions associated with pain. For seniors, unfortunately, those conditions are not in short supply. Painful chronic conditions that become more common with age, such as arthritis, cancers and neurological diseases — to name a few — are among the top reasons your doctor may prescribe an opioid.

You already know these painful conditions that, in the past, were chalked up to being a natural part of aging, are no longer considered inevitable.

Research shows us that we can change that destiny. And that’s the first step in avoiding reliance on addictive pain medications (and medications in general!). Here are a few ways you can make sure you don’t fall into the opioid trap…

If we can take advantage of what we are learning through research to decrease our disease risks, we can certainly as well create stronger, healthier bodies that can serve us better in our senior years — pain-free.

There will be times when we have to seek relief from a prescription, but it should never be our first and only option.

Editor’s note: Opioids aren’t the only drug side effect you should be worried about: The number of people with Alzheimer’s disease in the U.S. is expected to triple by 2050. And there’s a very suspicious reason: 38.6 million Americans take a single drug every day that robs their brain of an essential nutrient required for optimal brain health. Are you one of them? Click here to find out!