Home » Your brain on nuts 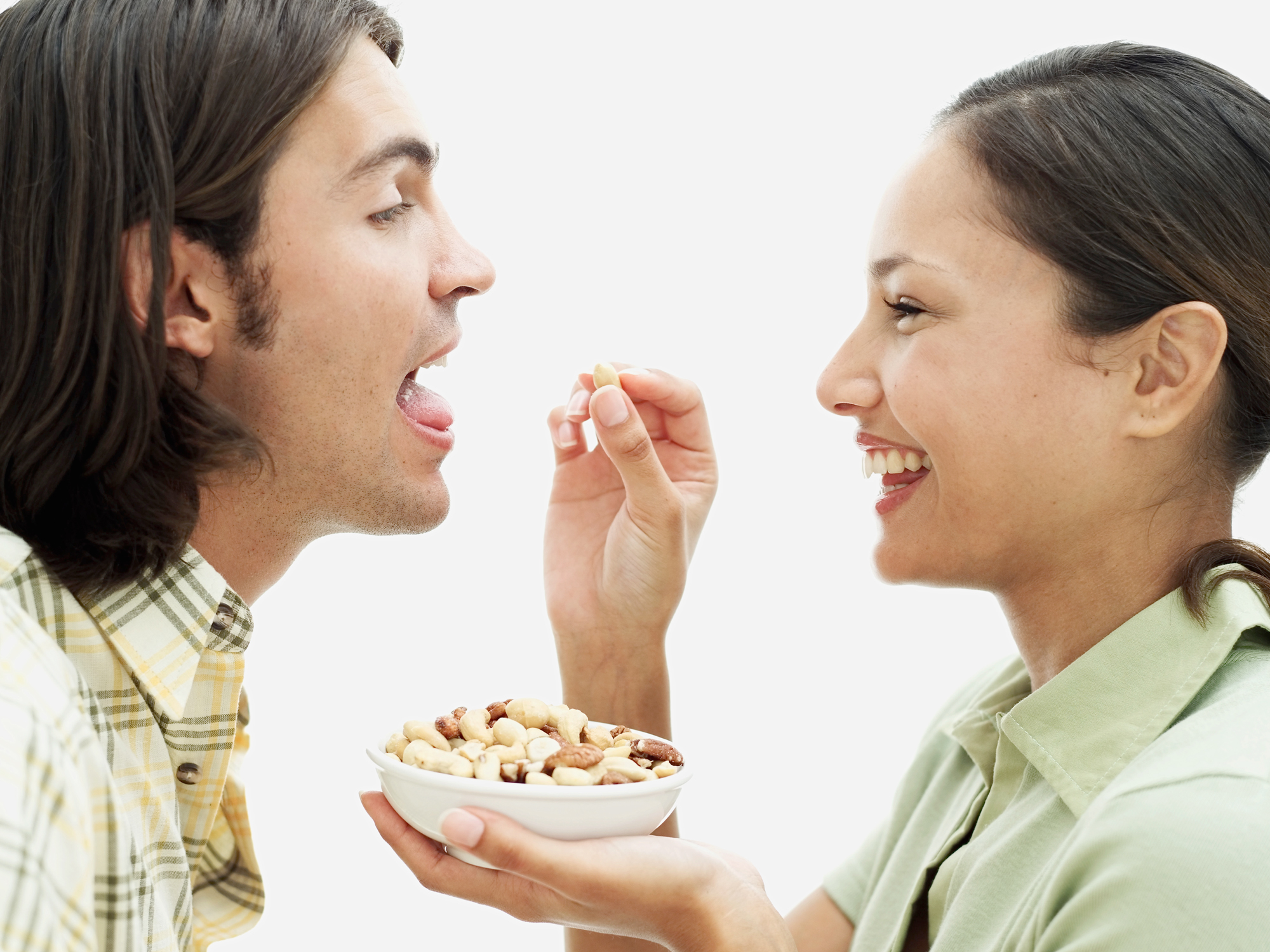 We know that nuts are super healthy…

They are high in flavonoids (antioxidants), B and E vitamins, various minerals (calcium, iron, zinc, potassium, magnesium) and dietary fiber.

Nuts are like disease kryptonite. They have been shown to strengthen immunity, improve cardiovascular health, slow aging, fight cancer and improve bowel regularity.

And past research has even shown that walnuts might stave off Alzheimer’s. But the most recent research actually takes a look at your brain on nuts…

Researchers from Loma Linda University Health knew that absorbed flavonoids penetrate and accumulate in the hippocampus. This is the region of the brain involved in learning and memory. The direct process through which how nuts affect brain wave patterns has not been clearly understood. For the new study, researchers sought “evidence of a relationship between antioxidant concentration in nuts and electroencephalography (EEG) brain state frequency modulation.” The results were published in The FASEB Journal.

Specifically, researchers sought to discover the correlates of neuroelectric activities that are associated with nut flavonoid effects on neurocognition, neuronal synchronization, memory, recall, mood and behavior.

To do this, they utilized EEG Power Spectral Density to study the effects on the brain of a variety of nuts, including walnuts, pecans, pistachios, peanuts, cashews and almonds. Participants EEG brain waves were recorded at nine places on the scalp. After taking a baseline reading, the nine bandwidths were recorded, second-by-second, through the study.

Interestingly, the brain seems to respond differently to different types of nuts. Brain frequency was more pronounced with specific nuts…

According to this study, pistachios produced the greatest gamma wave response, which is critical for enhancing cognitive processing, information retention, learning, perception and rapid eye movement during sleep.

Peanuts, on the other hand, produced the highest delta response, which is associated with healthy immunity, natural healing, and deep sleep. The researchers do know that peanuts are legumes, but still included them in the study.

In another study, published in the Journal of Nutrition, researchers looked at the role of English walnuts in potential prevention of cognitive decline and neurodegenerative diseases. Because walnuts contain a high concentration of phytochemicals and polyunsaturated fatty acids, it reasoned that they would have a positive effect on brain health. And they do! The researchers found that “walnuts not only reduce the oxidant and inflammatory load on brain cells but also improve interneuronal signaling, increase neurogenesis, and enhance sequestration of insoluble toxic protein aggregates.”

After reviewing their data on various nuts and how they affect EEG brain bands, specifically the Delta and Gamma frequencies, researchers found the nuts do positively affect these brain waves. Not only do they support memory, cognition, recall, mood, and behavior, but nuts’ effects on specific brain frequencies seems also to be “associated with deep meditation, empathy, healing, as well as neural synchronization, enhanced cognitive processing, recall, and memory.”

Change your diet, change your brain. Consuming more nuts each day is the perfect first step.