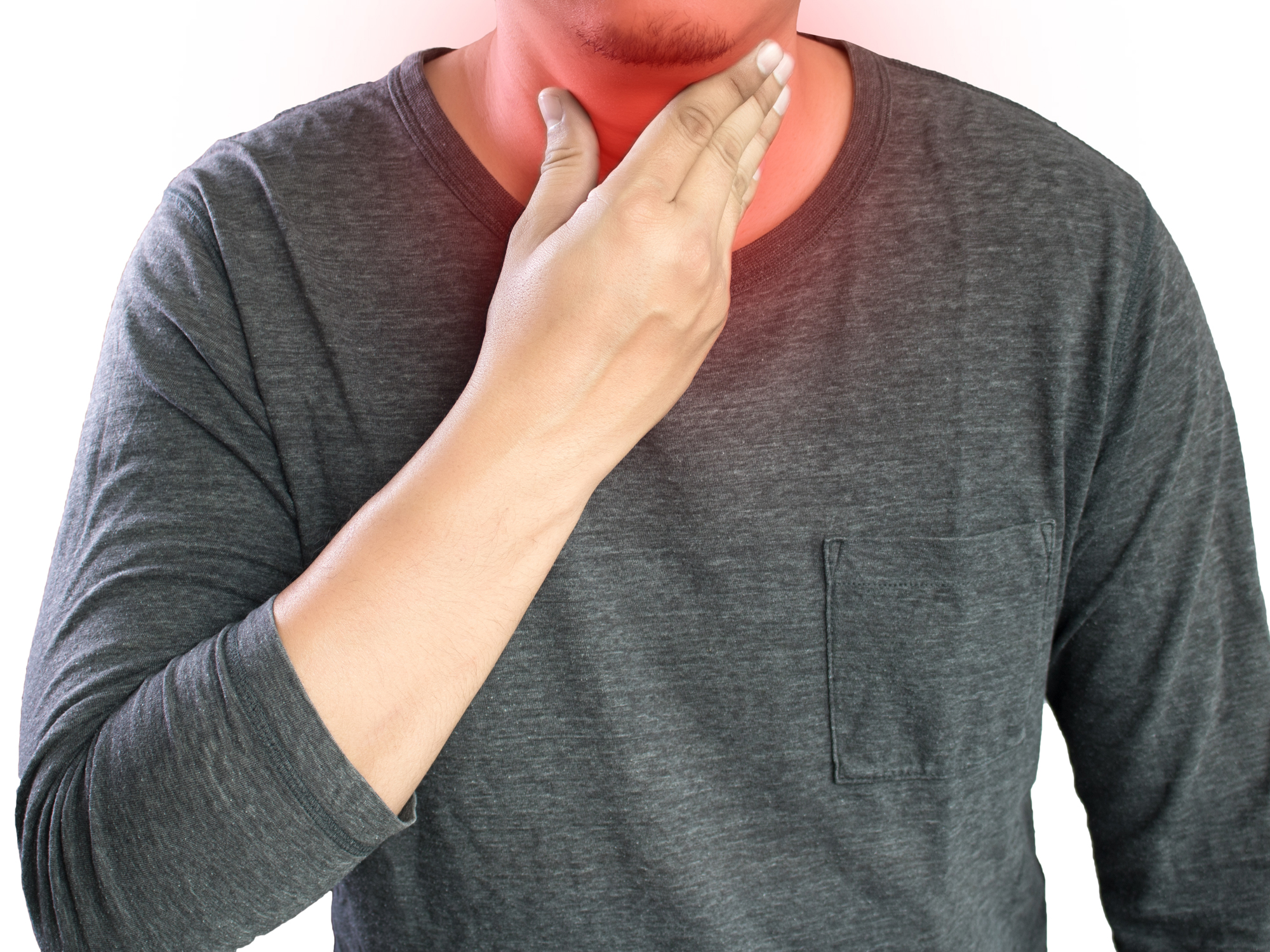 It doesn’t always cause that burning feeling in the chest that you expect.

Sometimes it manifests in more covert ways, like a tickle in your throat, a sore throat, a hoarse voice, the feeling that there’s something stuck in your throat, an ongoing cough, difficulty swallowing and other less obvious symptoms.

I know, because I recently started experiencing some of the symptoms myself. I found myself wondering why my voice was hoarse for no apparent reason, or why I felt like I had something stuck in my throat from time to time. And then I realized what it was… laryngopharyngeal reflux, also known as silent reflux.

Silent reflux is a tricky condition, because it can easily go unnoticed. You don’t experience that impossible-to-miss burning, but it still causes damage to your throat and larynx. So once you realize what’s going on, it’s not something you should ignore.

The good news is, whether you’re dealing with silent reflux or the more traditional version, there’s a simple way you can improve your symptoms without spending a dime — or using dangerous proton pump inhibitors or PPIs that can increase your risk of death by 50 percent…

A 2014 study published in the journal Hepatogastroenterology uncovered a simple solution that cleared up chronic acid reflux (known as gastroesophageal reflux disease or GERD) in as little as 10 days.

The solution doesn’t involve any prescription drugs or supplements, but it does involve good old fashioned dietary discipline…

Researchers found that eating too much and eating at odd times throughout the day are major triggers for GERD-sufferers. In fact, in the study, between-meal eating had the strongest association with GERD of any other eating habit.

Based on these findings, researchers tested a simple diet plan on a small number of GERD-sufferers: Eat two meals a day, with only water between meals. And this plan cleared up GERD symptoms for many of these sufferers within 10 days!

This 2-step plan is simple, but not easy

So what’s the best remedy for your acid reflux (silent or otherwise)? It seems to be a simple, two-step diet…

Step 2- Drink water between those two meals, but don’t eat or drink anything else.

Now, there’s no denying this is an astoundingly simple plan for overcoming GERD. But just because it’s simple, doesn’t mean it’s easy. Skipping a meal is hard, and so is cutting out snacks. You’ll probably be hungry. But chances are, your GERD has taken some of the joy out of eating anyway. What fun is eating when you’re scared every bite you take is going to cause heartburn or other uncomfortable symptoms?

If you try this, at least, you’ll be able to enjoy the meals you do have, even if you have less of them. Researchers believe fasting like this (also known as intermittent fasting) can reduce the reflux response, giving your esophagus time to heal.

But it’s definitely worth giving it a shot … because if you adopt this type of intermittent fast, you’ll experience a bunch of other health benefits too, like a reduced risk of cancer, stroke, Alzheimer’s and diabetes.

Of course, if you’re someone who suffers from severe GERD, you may need to complement this diet trick with other natural remedies, like: