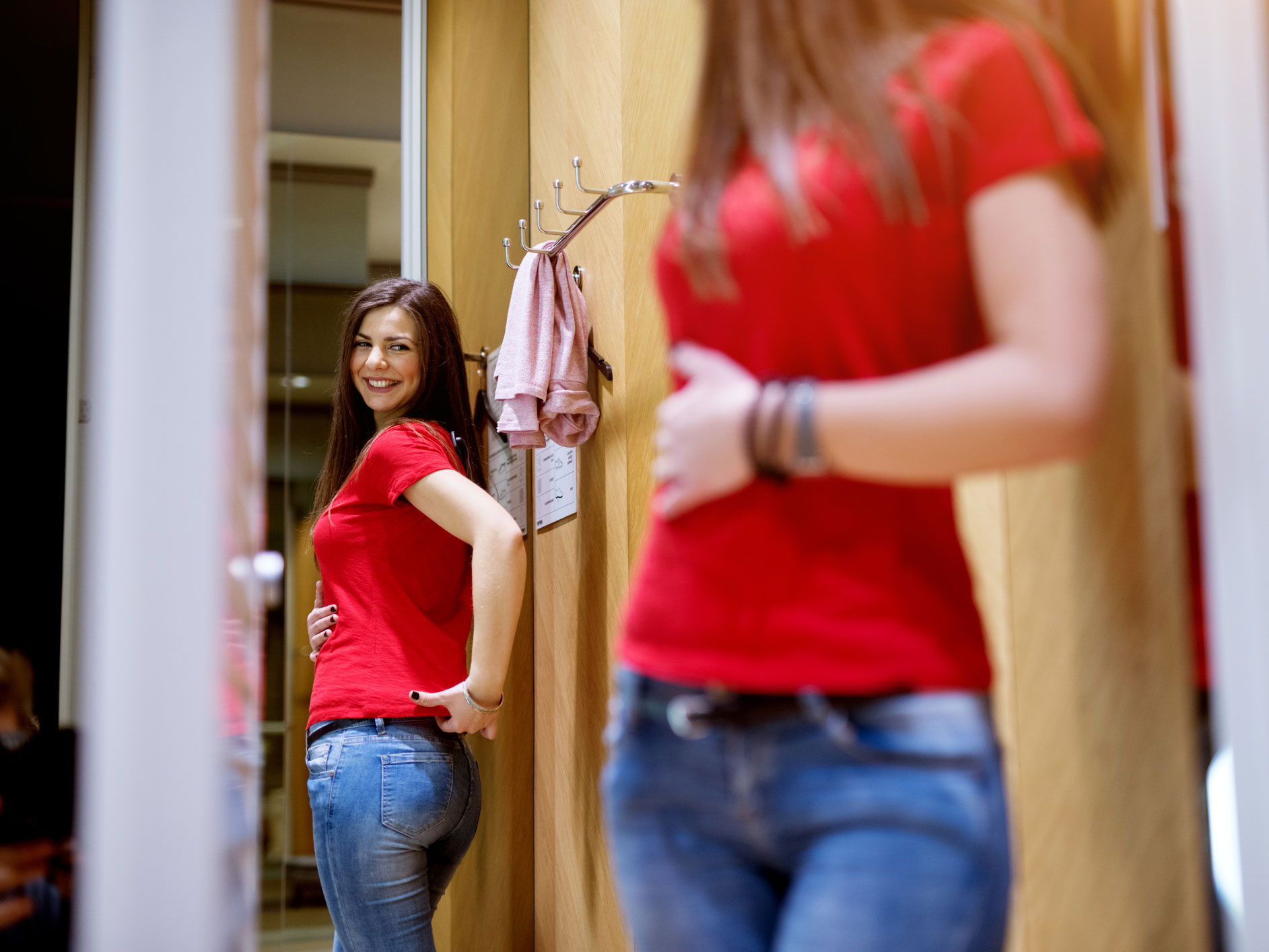 Nothing feels better than stepping out in a brand new outfit.

But as great as it feels to rip off the tags and head out the door, there’s one question that’s always plagued me… do I need to wash new clothes before I wear them?

Most of our clothes are shipped halfway across the world, dipped in dyes, made from chemical-filled fabrics and tried on by God-knows-who in dressing rooms.

Basically, new clothes are a germaphobe’s (and a chemical-a-phobe’s) worst nightmare.

Despite my concerns, I rarely wash new clothes before I wear them. And most other people I know don’t either. But I recently read a Time article that included some very specific (and scientifically supported) reasons to change my ways.

Check them out for yourself and see if they don’t motivate you to toss that new haul in the wash before you head out on the town:

Synthetic dyes known as disperse dyes are usually behind these allergic reactions. They’re found mostly in synthetic fabrics like polyester and nylon. And new, never-washed clothing contains more of these dyes than the beat-up Metallica T-shirt you’ve had since 1989.

So, if you want to keep the frequency of mysterious rashes way down (and who doesn’t?), wash your new clothes before you wear them, especially your workout clothes. These are more likely to be made from synthetic fabric. And you sweat in them, which makes the dye come out faster.

Say you’re cruising down a nature trail on your bike. You hit a rock, fall and skin your knee. Later that night, you throw on a new, comfy pair of sweats and settle on your couch for a Netflix binge. The dye from your new pants could seep into your wound and trigger a brand new allergy.

It doesn’t happen all that often, but if those dyes get into an open wound, it’s entirely possible they can trigger an immune reaction that creates ongoing sensitivity. So, why risk it? Wash those suckers!

Perhaps the scariest thing about our new clothes is that they contain potential carcinogens. In fact, a 2014 Swedish study found that 94 percent of clothing samples contain a chemical compound called quinoline. Several studies show that quinoline promotes tumors in mice. As a result, the EPA labeled it a “possible human carcinogen.” There are higher levels of quinoline in polyester. So, that cute (but cheap) polyester maxi dress you bought on Amazon should probably go in the wash… or maybe even the bag for Goodwill. Unfortunately, quinoline isn’t the only potential carcinogen in your closet. Clothing contains chemicals like nitroanilines and benzothiazoles, which are linked to cancer (and other health issues) in animal studies. Washing clothes reduces the chemical residues on them, so get ready to do a load of laundry next time you get home from a serious shopping spree.

If the three possible carcinogens I mentioned above aren’t enough to scare you into tossing those new clothes in the wash, there are loads (Get it? Loads…) of other chemicals in new clothes too. There are stain-repellents, color-fasteners, anti-wrinkle agents, softness-enhancers and a gazillion other chemical treatments in that shopping bag.

In fact, there’s even a chemical you may be somewhat familiar with: fluorosurfactants. These chemicals are used to waterproof clothes. They’re also in dental floss, carpet and furniture. They’ve been linked to a wide range of health problems including kidney and testicular cancer, thyroid disease, high cholesterol, low birth weight, decreased fertility and effects on the immune system.