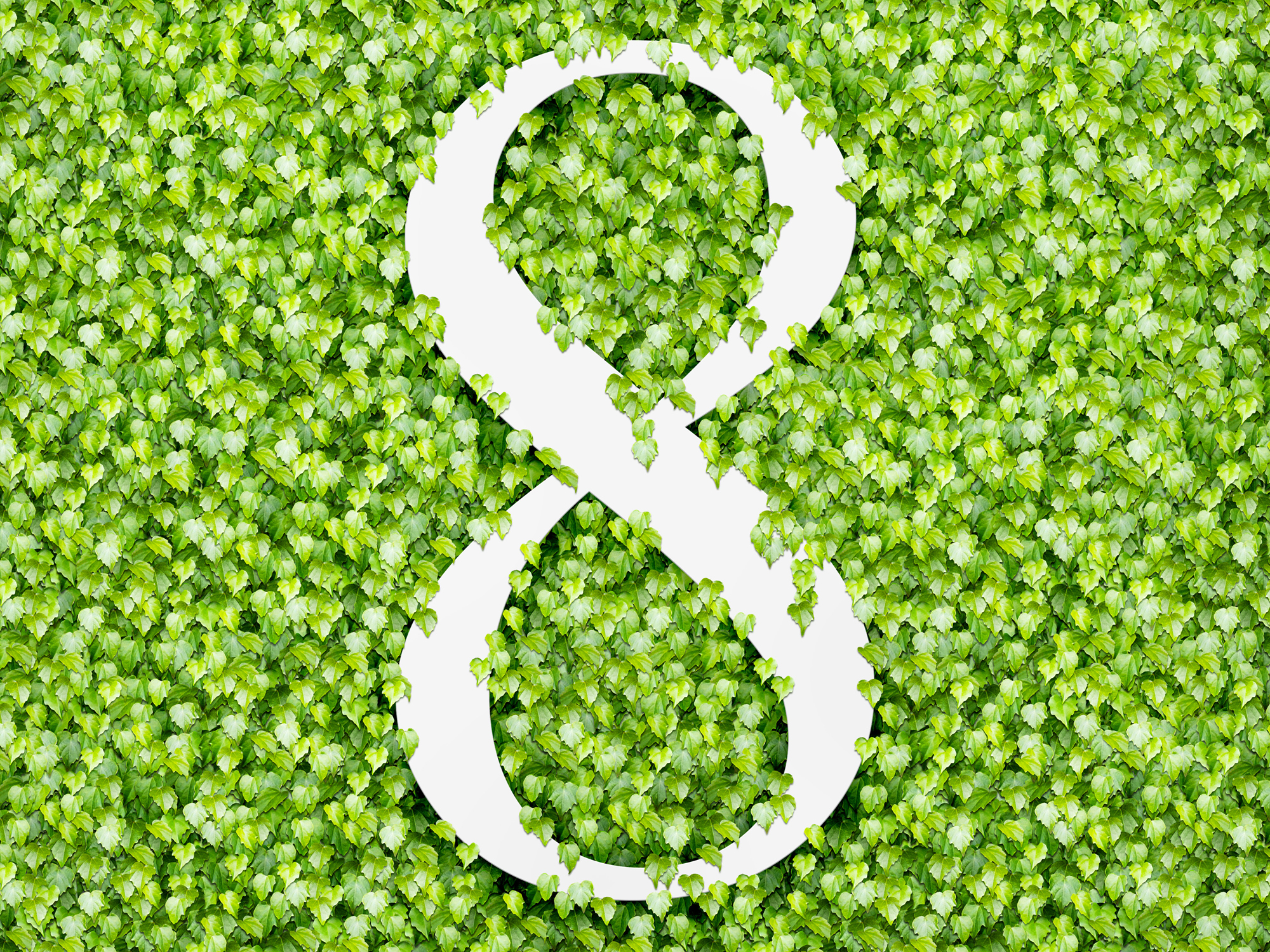 Have you heard of chemopreventive agents?

Chemopreventive agents can be synthetic (like pharmaceutical drugs) or naturally-occurring compounds, like those found in foods — and they can help fight cancer.

In fact, chemopreventive agents are proven to either suppress or reverse the molecular pathways leading to cancer development and metastasis.

The thing that appeals to some cancer researchers about natural occurring chemopreventive agents is their low level of toxicity compared to cancer drugs.

Toxicity and other ill-side effects of cancer treatments, including heart damage, are a couple of reasons that some forward-thinking researchers started paying attention to the association between foodborne preventative compounds and carcinogenesis.

For instance, it’s been widely noted that lower incidence of breast, prostate, and gastrointestinal tract cancer were always observed for Asian populations. But migration and adoption of different, less healthy diets changed the cancer odds for Asian populations living, especially, in the U.S.

Thankfully there has been a lot of research into these specific chemopreventive food compounds that put a big kink in cancer’s molecular pathway. And I don’t just mean in a petri dish or in animal studies, as you’ll read below. These compounds when eaten in high enough quantities — and regularly — impair cancer’s stronghold in the human body.

A 2012 research paper printed in Contemporary Oncology, listed the most promising. I’d like to share those with you, and why they’re important — now more than ever…

In March of 2018, some brave researchers published a controversial analysis of repeated failures in cancer therapy.

In it, they state that a review of over six decades of approaches to cancer chemotherapies — including the recently touted immunotherapy for solid tumors — produced outcome failure rates of 90 percent.

Surprised? Probably not too much. We’ve all lost loved ones to cancer. We’ve seen others fight long, brave battles. We’ve also seen amazing success stories. But the bottom line is still this: there is no cure.

There are ways to fight it, but we seldom hear the truth from those within the inner sanctums of conventional medicine about the ineffectiveness of the only treatments they can offer.

Instead, they’re quick to tell us what we shouldn’t do when it comes to living a cancer-prevention lifestyle or using natural therapies in tandem with conventional treatments (known as complementary medicine)…

A good example is this article I read with this big scary headline: How Complementary Cancer Therapies Can Increase Risk of Early Death.

The gist of that article was that people using complementary therapies had twice the risk of dying during a nine-year study compared to people who only chose conventional treatment. They also added that the patients who opted to add complementary medicine were likely to refuse surgery, chemotherapy, radiation and hormone therapy.

But if the patients refused conventional treatments, we’re looking at an entirely different can of worms, aren’t we? Because, by definition, complementary medicine is “any of a range of medical therapies that fall beyond the scope of scientific medicine but may be used alongside it in the treatment of disease and ill health.”

So, that article is just part of a giant smear campaign to protect pharmaceutical interests and bank accounts by convincing a desperate public that we shouldn’t look elsewhere to protect ourselves against cancer… One they’ll keep ratcheting up when word spreads about their six-decade 90-percent failure rate.

By the way, I never saw the Times or any major news source run a big scary headline that read: Six decades of cancer research end in 90% failure rates! Did you?

One of the most promising (and most highly researched) chemopreventive agents is green tea polyphenols.

About green tea and the other natural chemopreventive agents listed in the Contemporary Oncology report, the researchers concluded that “consideration of them as potential therapeutics is quite intelligible.” In other words, the research was obvious that these compounds could help in the fight against cancer.

They went on to say, “Some of these may be already found as extracts or pure substances available for daily supplementation and are becoming a common dietary habit. However, providing a well-balanced diet containing an abundance of biologically active compounds should become a daily habit.”

And that’s where the cancer industry starts to squirm…

They can’t make money on good nutrition, and you already know it’s a primary objective of theirs to malign the vitamin and supplement industry. That’s because their money train is developing targeted therapies and designer drugs. Big projects, that include funded studies and trials, that they get paid for whether the final product works or not — the costs of which have increased 340 times in the last 10 years. Per the researchers that analyzed the 90 percent failure rates, “This horrendous view for making profit out of misery of patients can no longer be sustained or tolerated.”

I’m going to list here, along with brief points, the most promising natural chemopreventive agents. If you like to read a little more detail, you can access my source in the journal Contemporary Oncology, where I’m pulling this information from…

PUFAs include the fatty acids DHA, EPA, ALA, and GLA, which you may recognize as omega-3s and omega-6s. A healthy ratio of 3s to 6s matters and should be 4-5. Food sources are cold-water fatty fish, fish oil or krill oil.

“Despite the variety of bioactive compounds present in crucifers, i.e. polyphenols, minerals and vitamins, a superior role in cancer prevention is ascribed to glucosinolates and their decomposition products, isothiocyanates.”

And DIM must be mentioned when discussing cruciferous vegetables, like broccoli, for its positive role in regard to research into prostate cancer.

Carotenoids
Among other phytochemicals present in food, carotenoids constitute a wide group of approximately 600 compounds found in almost all colored vegetables, while around 40 of them are present in daily diet. However, only 21 carotenoids are found in human serum/plasma due to differences in their bioavailability and absorption in the gut.

Vitamin D3
Vitamin D3 is a fat-soluble prohormone naturally occurring in very small amounts in food but is produced in the skin after exposure to UV-B light.

Vitamin D3 action has been attributed to the regulation of multiple genes (more than 60) engaged in cell proliferation, differentiation, apoptosis (cell death) and angiogenesis.

Folate
Folic acid (also known as vitamin B9) is a constituent found in large amounts in green leafy vegetables and fresh fruits.

A number of epidemiological studies revealed a 25–35 percent reduction in colon cancer incidence when comparing the groups with the highest and lowest folate intake. Decreased risk of colorectal cancer by approximately 75 percent was noted in women taking high-folate multivitamins for more than 15 years.

Selenium
It is suggested that selenium may inhibit the initiation and promotion phases of carcinogenesis. It blocks the formation of carcinogens and their binding to DNA. Selenium may also reduce cancer progression by improving the immune response.

Calcium
Calcium constitutes an essential macroelement for human health. Dairy products (milk, yogurts, and cheese), dark green vegetables, legumes, and nuts constitute a good source of this micronutrient. Although some results are inconsistent, a number of epidemiological studies have attributed calcium intake with decreased colon adenoma and cancer.

I believe the philosophy that it’s easier to avoid disease than it is to cure it. I hope that these natural chemopreventive agents can one day be developed in a way that they can help eradicate cancer from the planet. Till then they seem perfectly suited tools to include in a preventative cancer program as well as a complimentary dietary “treatment” when going through cancer treatments. Either way, we have to eat, and that’s the beautiful simplicity of these powerful foods and nutrients.