Home » Benzene: What to know and how to avoid tainted sunscreen

Benzene, a colorless or light yellow liquid at room temperature, is a toxic chemical primarily found in industrial settings. It is a fundamental ingredient in the manufacturing of plastic, resins, dyes, and pesticides, to name a few.

Since benzene is also a known human carcinogen and belongs only in these industries, it would be natural to think it has no place in consumer products such as sunscreen.

However, after conducting a rigorous test, the independent pharmacy Valisure found significant benzene concentrations in 78 popular brands of sunscreen, most of which are still on the market, in the spring of last year.

The researchers examined 294 unique batches of sunscreen from 69 different companies. Roughly 27 percent of the samples contained detectable levels of benzene, and some batches had up to three times the safe FDA concentration limit of 2 parts per million.

The most dangerous route of exposure to benzene is inhalation and because most of the tainted products were aerosol sunscreen, consumers have breathed in considerable amounts of benzene.

Furthermore, because the skin absorbs it quickly, the chemical accumulates in the body, eventually triggering cancer by producing chronic inflammation and suppressing the immune system. The diseases frequent exposure to benzene can cause are leukemia, myeloma, and lymphoma.

Which Sunscreen Companies Have Been Affected by the Benzene Issue?

Benzene is by no means one of the ingredients in sunscreen, so you might be asking yourself how it made its way into the affected products. Nevertheless, the responsible companies do not have any answers yet. Still, they believe that the chemical ended up in their sunscreen due to manufacturing contamination during the preparation of other ingredients, such as aloe vera or alcohol.

Some of the companies whose sunscreen was found to contain benzene are the following:

It is worthy of note that Neutrogena and Aveeno are the subsidiaries of Johnson & Johnson. As for which products have been recalled so far, two manufacturers decided to issue a voluntary recall, namely Johnson & Johnson and Coppertone. Each company recalled five sunscreen products in the summer of 2021 because of benzene contamination, as follows:

While Johnson & Johnson claimed that the level of benzene in their sunscreen “would not be expected to cause adverse health effects” even with frequent exposure, Consumer Reports found that the company downplayed the severity of the issue, as the organization discovered that some of the company’s sunscreen had a concentration of benzene 12 times over the safe limit.

By frequently using these products, serious adverse effects “were likely to occur,” including “permanent impairment of a body function,” according to Consumers Report.

What Measures Are the Authorities Taking to Solve the Problem?

In the meantime, Valisure filed a citizen petition with the help of the Food and Drug Administration, urging a recall on 40 tainted batches of sunscreen, including all products that had a benzene concentration of 0.1 ppm. “It is critical that regulatory agencies address benzene contamination in sunscreens and all topical medications at the manufacturing and final product level so that all individuals feel safe using sunscreen products,” says Associate Professor of Dermatology at Yale University Dr. Christopher Bunick, M.D., and Ph.D.

Health agencies have to urgently tackle benzene in sunscreen, as there is currently no safe exposure limit for benzene in consumer products. The 2 parts per million limit applies only in exceptional circumstances, exempting sunscreen manufacturing.

During the COVID-19 pandemic, benzene has also been found lurking in hand sanitizer, specifically in Artnaturals, a company best known for essential oils and hair products. It was also Valisure that found the chemical present in the hand sanitizer of the manufacturer.

Alarmingly, except for the ten products that have been recalled, the other 68 remain on the shelves of U.S. stores, as the Food and Drug Administration is striving to have the sunscreen taken off the market once and for all. In the meantime, consumers are advised to switch to a safe, non-toxic sunscreen if they have been using one of the products found to be adulterated with benzene.

You can easily find the complete list of specific products online to know what not to purchase next time you shop for sunscreen.

What Should You Do If You Have Been Using Sunscreen with Benzene?

If you have been using the sunscreen of Johnson & Johnson that has been recalled but has not developed a disease, you should try to obtain a refund from the company by calling the Consumer Care Center at 800.458.1673.

Nonetheless, it is essential not to sign anything releasing the company from liability, especially if you intend to join a lawsuit. Across the country, there are currently hundreds of lawsuits pending against the sunscreen manufacturers found negligent, the first one having been filed by Meredith Serota, a woman from Florida. The very next day, the results of Valisure’s tests were released.

When it comes to choosing a safe and non-toxic sunscreen for spending extended time in the sun, we have some advice for you in this respect as well: 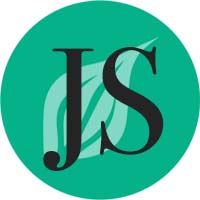 Jonathan Sharp is the CFO at Environmental Litigation Group, P.C., a Birmingham-based law firm dedicated to handling cases involving improperly designed or manufactured products, pharmaceutical drugs, as well as exposure to asbestos, cancer-linked chemicals on military bases and PFAS contamination from the use of firefighting foams.