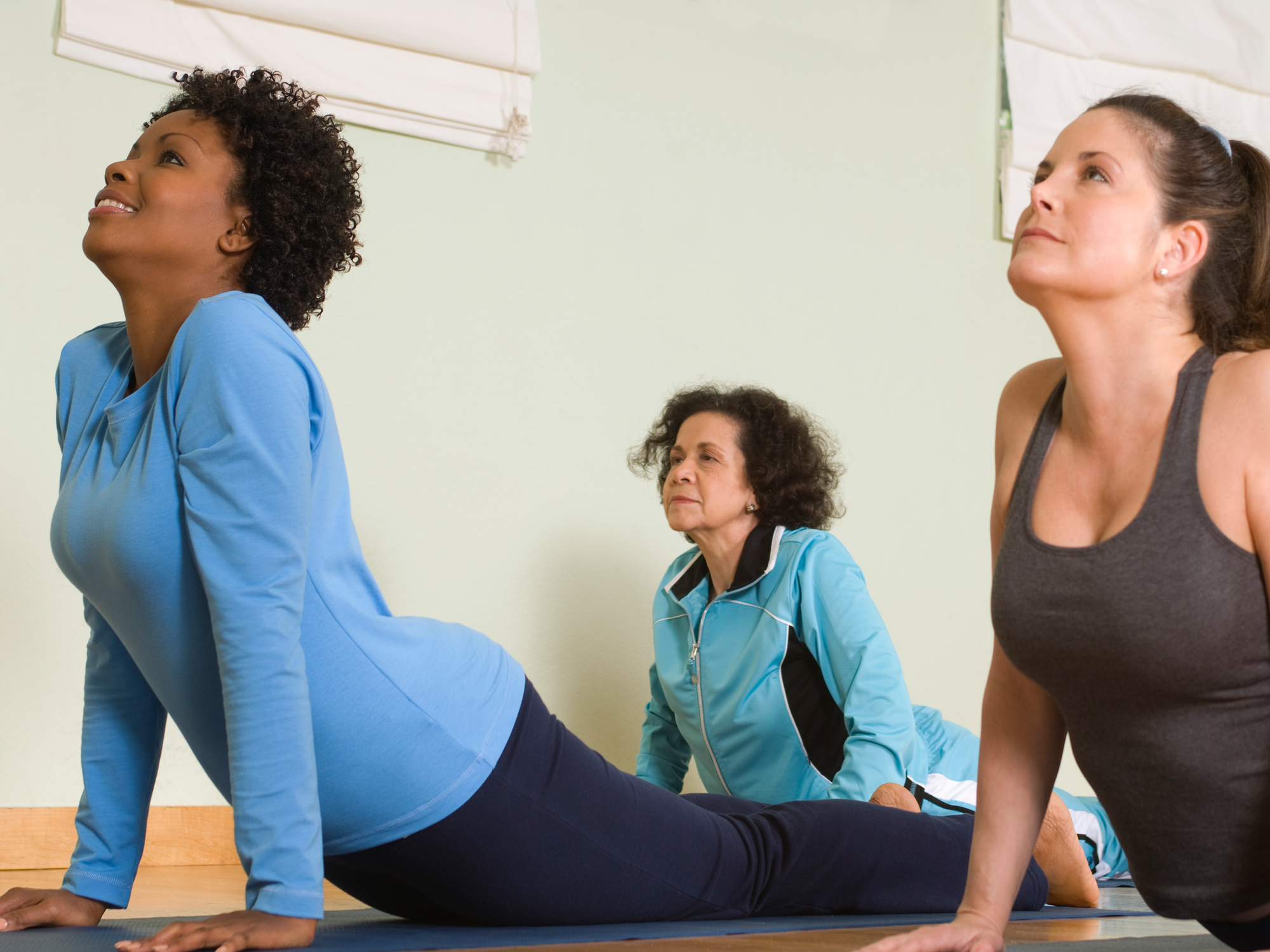 Most people do yoga to reshape their body — get a firmer tummy, stronger arms, leaner legs, etc.

But did you know that yoga can also reshape your brain?

If you do yoga, you may have guessed as much. You’ve probably noticed that yoga changes your thoughts, mood and emotions for the better. So it’s got to be doing something inside that noggin of yours, right?

Well, it absolutely is. It’s actually altering the physical structure of your brain. More specifically, it’s making your brain thicker in a crucial spot — the left prefrontal cortex. This area’s responsible for important mental functions like learning and memory.

That means, if you’re already a practicing yogi or yogini, you’re likely staving off age-related cognitive decline in a big way. It also means that if you’ve never set foot in a yoga studio, it may be time to bite the bullet and do your first downward dog…

Brazilian researchers recently took a peek inside the brains of older women who practice yoga, and here’s what they found…

Yoginis over 60 who’ve been practicing yoga biweekly for at least 8 years are building up their brain like nobody’s business — particularly their prefrontal cortex.

Typically, as you age (especially once you hit 60), your prefrontal cortex becomes thinner. But that wasn’t the case for these yoginis. Their prefrontal cortexes maintained a youthful thickness that women of the same age who didn’t practice yoga couldn’t match.

Now, it’s no secret that exercise in general can prevent age-related brain shrinkage. But researchers believe there’s something special about yoga’s impact on the brain, because it has a contemplative component that trains the brain and body…

“In the same way as muscles, the brain develops through training,” explains study researcher Elisa Kozasa of Hospital Israelita Albert Einstein in São Paulo, Brazil. “Like any contemplative practice, yoga has a cognitive component in which attention and concentration are important.”

Previous studies confirm researchers’ suspicions that something stands out about yoga in the brain department. These studies show that yoga improves awareness, attention and memory better than other aerobic exercises. It even improves cognitive function in older adults mild cognitive impairment, the precursor to full-blown dementia.

Start building up your brain

Ready to start a yoga practice? If you’ve never done yoga before, your best bet is to find a beginner’s yoga class at a local yoga studio, community college or park district.

Once you get the basics down with the help of a professionally-trained teacher, you can transition into a home practice if you prefer. In fact, there are a lot of great yoga videos available for free on YouTube to help you start a home yoga practice, and of course you can access Dr. Mark Wiley’s yoga videos for free here.

Or you can always practice at home and in the studio. After all, the more frequently you roll out your yoga mat, the more likely you are to keep your prefrontal cortex in prime shape.