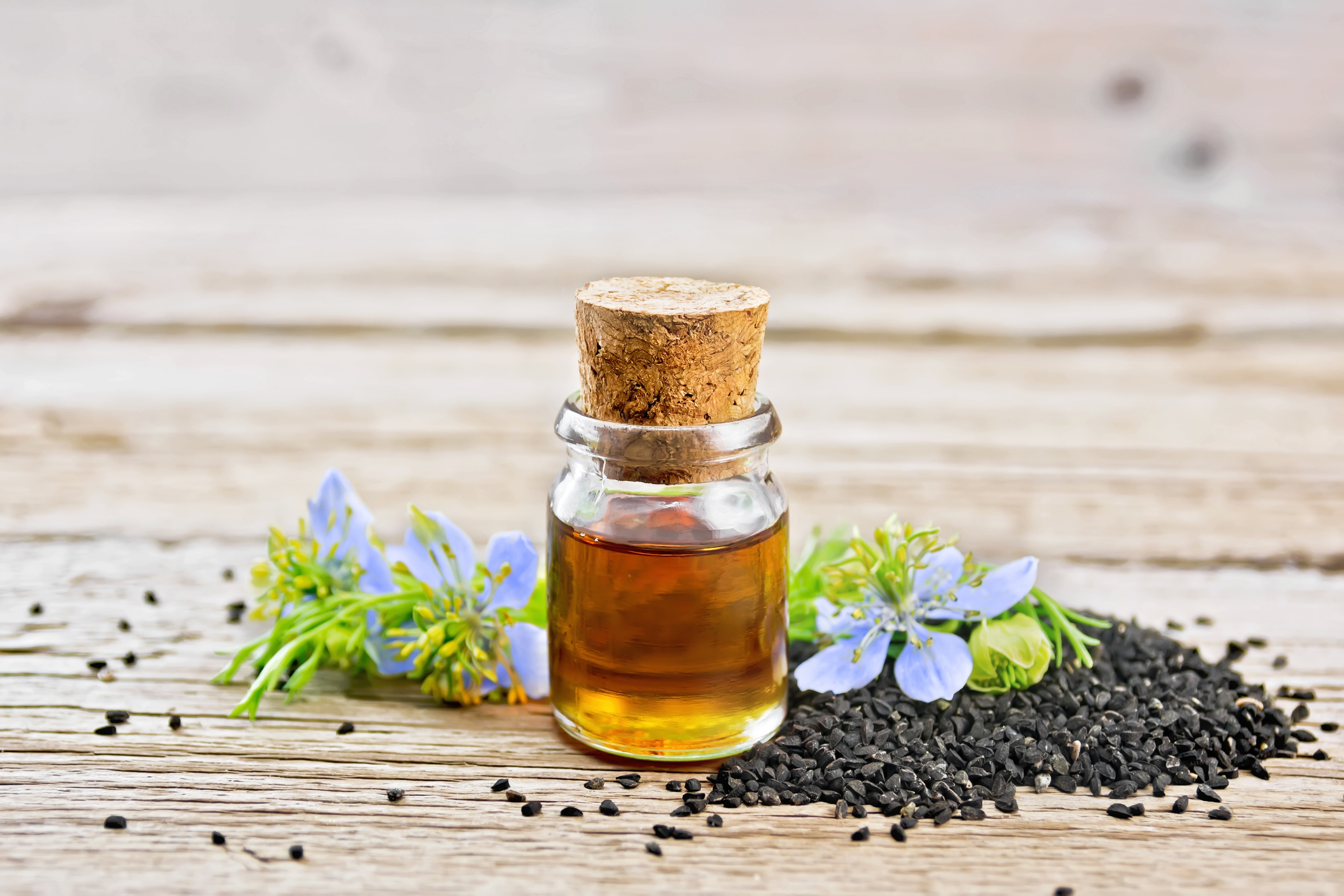 While it’s widely used as a spice to flavor foods, like bread and pickles, it has also been embraced for thousands of years for its curative properties.

In fact, black seed was the go-to remedy used by King Tut, Cleopatra and Hippocrates for an array of conditions, including malaise, weakness, coughing and skincare.

Now research can back up its benefits…

The main compound behind Nigella sattva’s health benefits is its active constituent, thymoquinone. Studies have shown this compound may benefit brain, liver and heart health, and support healthy blood sugar and blood pressure, just to name a few of its top benefits.

And the seeds also deliver healthy amino acids, significant levels of iron, copper, zinc, phosphorus and other vitamins and minerals, as well as healthy sterols and fatty acids.

It’s important to note that black cumin seed is packed with phytosterols, which studies are increasingly showing have nutraceutical benefits that help to lower “bad cholesterol” or LDL” as well as total cholesterol numbers.

The many researched benefits of black cumin seed

Research has shown that oxidative stress caused by free radicals is harmful to good health and cellular aging. Both in-vivo and in-vitro studies have demonstrated that Nigella Sativa delivers high levels of effective antioxidants to combat this oxidative stress, which could help you guard against destructive processes and the accelerated aging caused by those free radicals.

Remember how we said that the Egyptian Kings and Queens used Nigella Sativa as a remedy for “sweet urine”?

Well, they were on to something big.

Modern-day studies have shown that when it comes to promoting balanced blood sugar, Nigella Sativa may help:

Black cumin seed has even been found to offer support for healthy blood pressure.

In fact, a controlled trial of 57 patients who took two grams of Nigella Sativa daily found that it resulted in:

The seeds are also noted for promoting a healthy mind and healthy mood.

Thymoquinone, that highly active molecule in black seed oil, has shown benefits for healthy cognition. And repeated administration of the oil in rats demonstrated improvement in both learning and recall status.

Like free radicals, scientists now see inflammation as playing a key role in numerous conditions, from arthritis and asthma to allergies and chronic pain.

And black cumin can offer support here as well…

Thymoquinone has been found to display anti-inflammatory properties comparable to that found in salicylic acid, the metabolite of aspirin. And studies have demonstrated that the oils from Nigella Sativa show pain-relieving effects comparable to Diclofenac sodium (a commonly prescribed pain medication).

Research has also shown that thymoquinone has is a friend to the immune system. It’s considered an immune system modulator, may help balance the immune response and has anti-fungal and anti-pathogenic properties.

In fact, black cumin has been used to inhibit both gram-positive and gram-negative bacterial activity, suppress viral load, and increase the number and function of powerful immune cells known as T cells.

A 2015 study published in Food and Function found that when obese women supplemented black cumin seed oil, along with following a low-calorie diet, they experienced a significant decrease in their weight and waist circumference compared to women who received a placebo.

Black cumin seed in your diet

And there are a few ways you can use it.

First it should be eaten raw, according to Cate Ritter, a certified functional diagnostic nutrition practitioner, as she says it shouldn’t be heated to preserve the nutrients.

That makes it a good choice as a salad dressing or added to smoothies and coffee, like you might do with coconut oil or olive oil. However, if you’re like me, you may find the bitterness a little overpowering.

If that’s the case, you can supplement black cumin seed oil. Peak Golden Oil™ is my supplement of choice. It’s cold-pressed (no heat used in the processing) and it contains a dash of turmeric, the golden spice, that gives the oil’s anti-inflammation benefits an extra boost.

When something is carried down over the years as a “remedy” — especially as long as black cumin seed has — there’s got to be something to it. But when the research agrees, it’s even better. For me, it’s just one more natural way to help keep those modern-day ills at bay.

What is black seed oil? — cookinglight.com