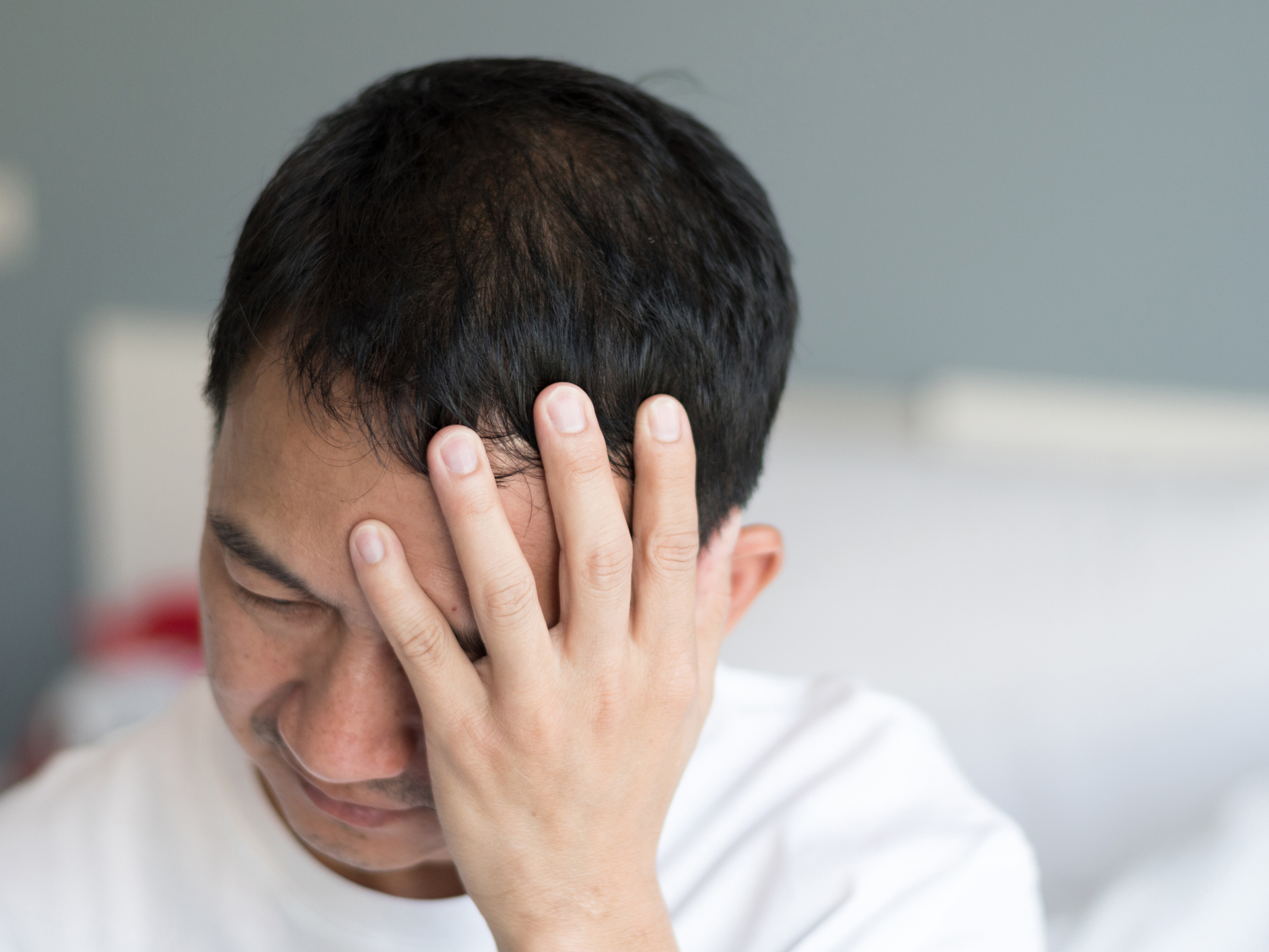 A few weeks ago, a child in my daughter’s class stepped backward, tripped over his dog, and landed on the ground, directly on the back of his head.

Within minutes he was vomiting, rushed to the emergency room and diagnosed with a concussion — a condition where your brain has suffered an injury.

Though concussions may seem almost commonplace, especially as they relate to sports activity, more and more scientific studies are blaming them for long-term consequences like:

And, while we’re beginning to hear a lot about the concussion dangers in athletes and children, like my daughter’s friend, kids aren’t the only ones ending up with these brain injuries…

In fact, just a year ago, a good friend of mine missed a step as she was walking down stairs at work, tumbling down the last nine to ten and hitting her head at the bottom. After being diagnosed with a mild traumatic brain injury, she has experienced four of the seven symptoms above.

According to Dr. Alicia Puskar, PsyD, a clinical neuropsychologist with the UPMC Sports Medicine Concussion Program, “Older adults who fall and land on their knees or their backside will think they can’t possibly have a concussion. But there is often enough force involved to shake the brain and cause an injury.”

In addition to the consequences of concussion above, older adults may also experience:

Unfortunately, as much as we’re beginning to learn about the long-term effects of concussion, recovery is still a challenging issue.

Now, however, thanks to new research from the University of Arizona, people who have suffered from a mild traumatic brain injury, whether due to a fall, car accident, or sports injury, have a new tool in their arsenal to help their brain heal…

So, what made them think of using blue light to stimulate brain healing?

Well, recent research had shown that your brain actually repairs itself while you sleep. So, that got them wondering if by enhancing sleep post-concussion, you could also enhance the repair process.

And, that’s where the blue light came in.

Here’s how they explained it…

“Blue light suppresses brain production of a chemical called melatonin,” said William D. “Scott” Killgore, psychiatry professor in the College of Medicine – Tucson. “You don’t want melatonin in the morning because it makes you drowsy and prepares the brain to sleep. When you are exposed to blue light in the morning, it shifts your brain’s biological clock so that in the evening, your melatonin will kick in earlier and help you to fall asleep and stay asleep.”

So, they had people who had suffered concussions use a lightbox each morning for six weeks – 30 minutes at a time.

And, they found that the ones who received this treatment fell asleep and woke an average of one hour earlier than before the trial and were less sleepy during the daytime, so it definitely worked to improve sleep.

But, here’s where it gets really good…

The blue light also helped the concussion-sufferers improve their speed and efficiency in brain processing. And, their brains also showed an increase in volume in the pulvinar nucleus, an area of the brain responsible for visual attention.

This is important because the flow between the pulvinar nucleus and other parts of the brain that drive alertness and cognition were also strengthened. In other words, the blue light helped the participants stay more alert and think more easily.

To sum it up, according to the researchers, blue light therapy after concussion translates to:

So, if you or someone you love has suffered a concussion, or think you have, the first thing to do is see a doctor. Once you get his okay, consider using blue light therapy to help your brain recover, reduce symptoms, and get back on track after your brain injury. It’s simple, can be done at home in 30 minutes a day, and you can purchase a Blue Light Therapy Lamp at Amazon for less than $60.