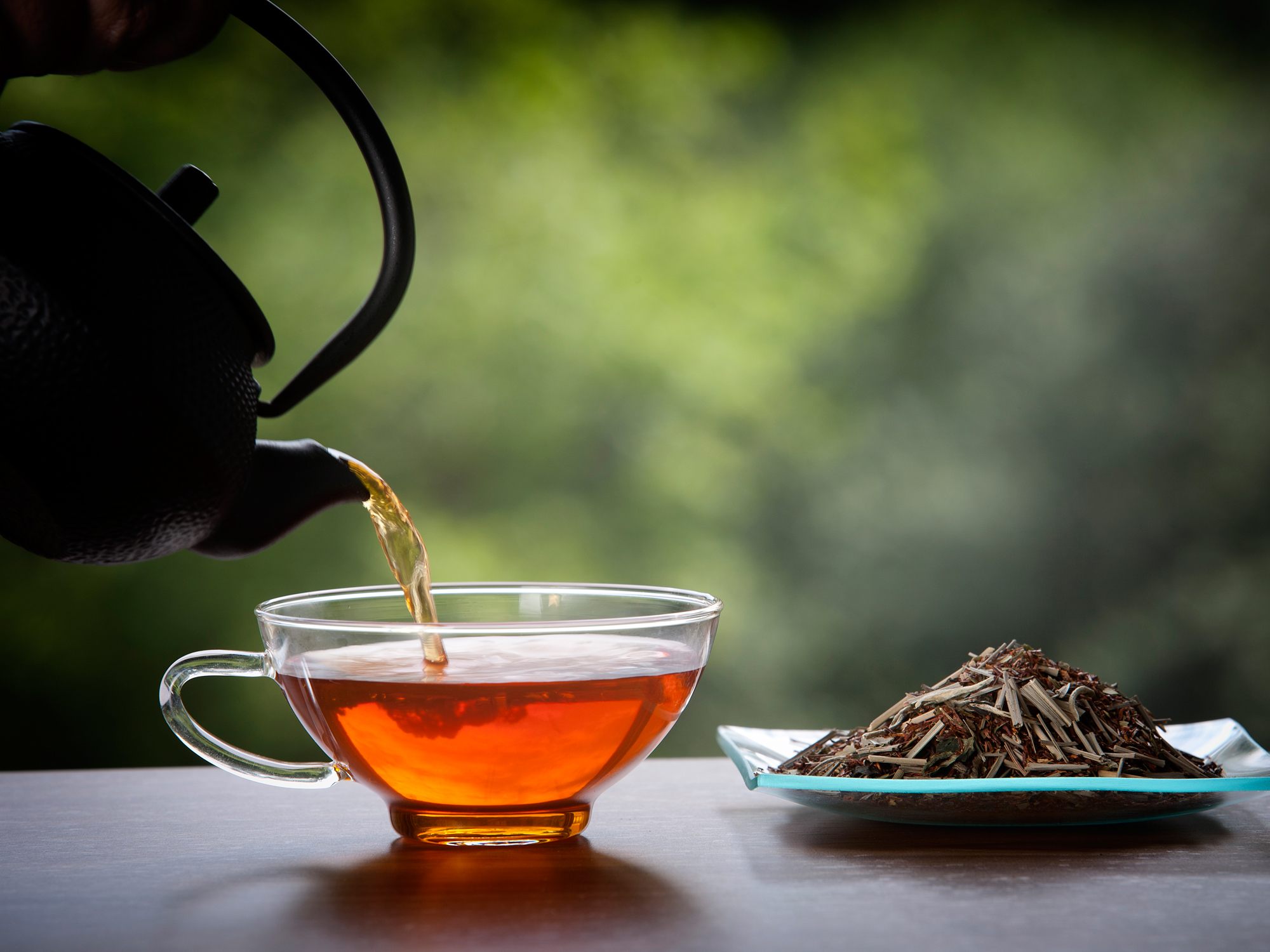 Take pu-erh, for example, the tea that helps you drop pounds, cholesterol points and blood sugar levels. Like most well-known herbal teas, pu-erh originates from China.

But an unusual tea you’ve likely never heard of, from a different part of the world, may be stealing the show soon…

Originating in South Africa, rooibos tea (also known as red tea or red bush tea) is a caffeine-free beverage that comes from the Aspalathus linearis shrub. The leaves of the shrub are fermented to create an herbal tea that makes the perfect substitute for regular caffeinated tea.

The beneficial compounds in rooibos include aspalathin (the major compound), luteolin, rutin, vitexin, isoorientin and isovitexin, among others. And it’s these very compounds that pack a powerful punch against cancer…

The development of cancer has a very strong link to increased inflammation in the body’s cells. So anywhere you can find a healing food to help decrease the inflammation abomination, you’re onto a good thing…

Using green tea as a benchmark, researchers put rooibos tea to the test to see if it could decrease inflammatory markers that promote skin cancer. Their findings revealed that after exposure to the sun, rooibos provides protection to skin cells that could switch to cancer, aiding the body to remove any affected cells from the body.

When cancer develops there is a direct imbalance between free radicals and antioxidants in the body. This leads to what’s known as oxidative stress and free radical damage to DNA cells.

Rooibos may stop the multiplication of cells

When compared to green tea, which is well known for its cancer preventative power, rooibos was found to have the highest activity against cancerous cell lines.

Compared to other herbal teas, rooibos can even cause apoptosis (cancer cell death), shown to affect more than 30 percent of cancerous cells.

This action is particularly strong for premalignant cells, where rooibos has been shown to target the genetically altered troublesome cells and give them a kick before they take hold.

Researchers have also discovered that rooibos is involved in the removal of precancerous cells, protecting normal cells by arresting the cell cycle progression and cell growth that leads to cancer.

Quite amazing for an herbal tea — rooibos lines up the army to stop those cancer cells charging forward!

You can purchase rooibos tea at any health food outlet and even many supermarkets. Just boil some water, infuse the tea bag or tea leaves for 2-5 minutes and start drinking the benefits. It’s best to drink plain but you can also add milk and sweetener if you prefer.