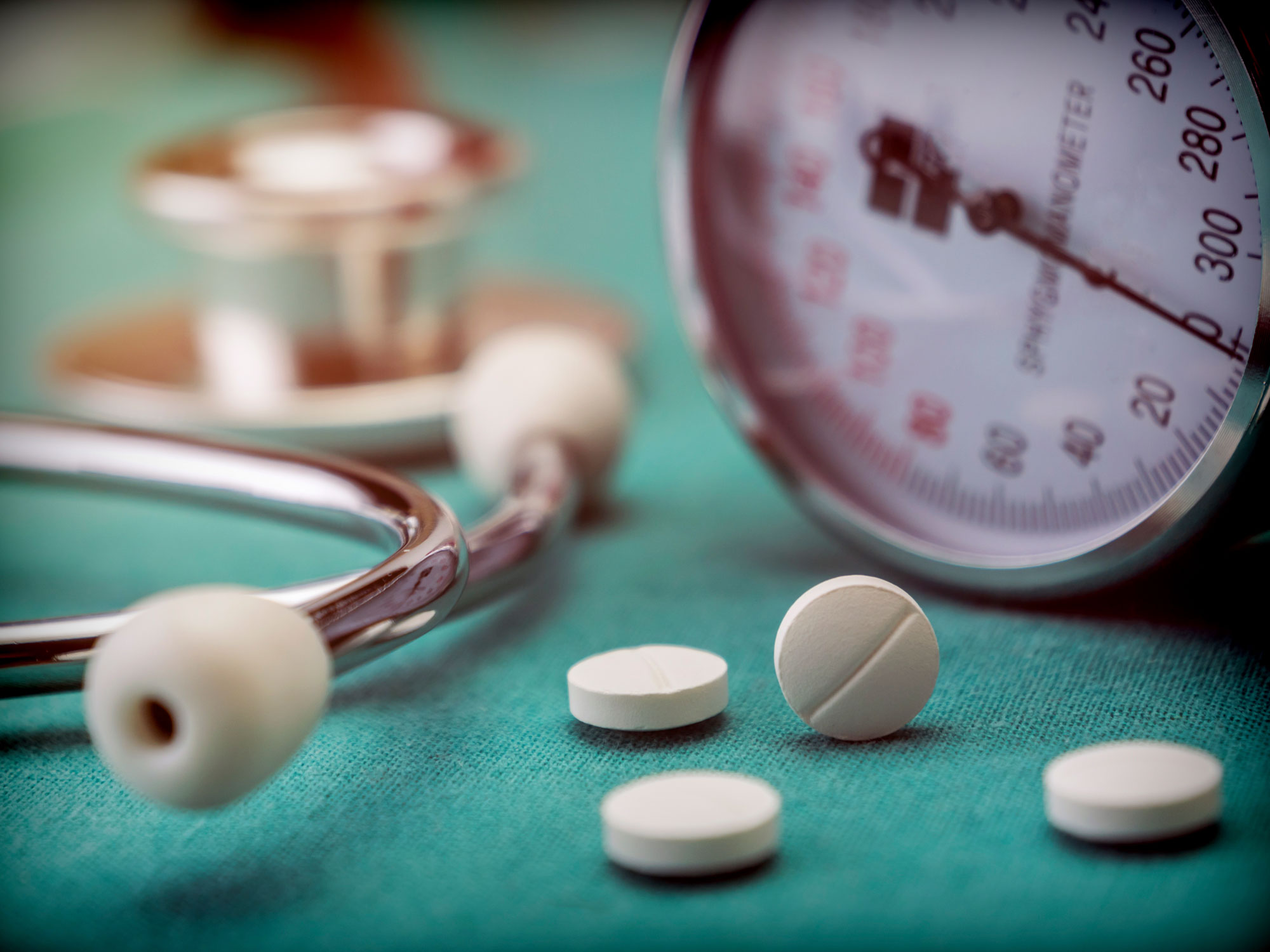 About ten years ago, while teaching a class, I became suddenly and inexplicably dizzy.

The school nurse took my blood pressure and told me to go see my doctor. NOW.

My blood pressure reading was 185 over 95, dangerously high.

Since that time, I’ve taken a tiny pill each morning, and things have been fine.

I’ve never really thought about whether that pill was doing anything other than controlling my blood pressure.

Now, I’m thinking about it.

Because, apparently, while that tiny pill is lowering the risks that come with high blood pressure, it could set me on a path to an even scarier disease down the road…

Many people are unaware of just how many drugs there are to control blood pressure.

The American Heart Association lists eleven different types of medications for hypertension, and each one acts on the body differently.

For example, some reduce heart rate, while others reduce muscle tone in the arteries, decreasing resistance on the blood passing through.

The first line of defense prescribed by doctors is often a diuretic, or “water pill.” That’s where I started.

The job of a diuretic is to control blood pressure by getting rid of excess sodium (salt) and water.

One problem is that potassium often leaves the body along with sodium. Some diuretics are formulated to preserve potassium while getting rid of sodium, but it’s always a good idea to eat potassium-rich foods when taking one of these blood pressure drugs. Because if you don’t, you could end up with bone-hard arteries.

Of course, like with most chronic diseases, if the first line drugs don’t work for you, the system is set up to get you on the next one. And that leads us to that scary disease threat…

The problem with ACE inhibitors

Another class of hypertension drug known as angiotensin-converting enzyme (ACE) inhibitors helps the body to produce less angiotensin, a protein that causes blood vessels to narrow.

But a recent study of nearly one million patients who began treatment with ACE inhibitors between January 1995 and December 2015, has linked the long-term use of these blood pressure drugs with an increased risk for lung cancer.

After 5 years, researchers saw an increase of up to 14 percent. But after 10 years, the increase was as much as 31 percent!

According to lead researcher, Laurent Azoulay, an associate professor of epidemiology and oncology at McGill University in Montreal, the observational study can’t prove these drugs actually cause cancer — but they may increase chemicals in the body that are linked to lung cancer… namely bradykinin and substance P.

But breast cancer — not so much

Another study from the Fred Hutchinson Cancer Research Center in Seattle found that long-term use of ACE inhibitors lowered the risk of breast cancer in post-menopausal women.

The study authors note that this is the first finding of its kind, and should be “interpreted cautiously.”

Still, it makes you think, considering that other studies have linked yet another type of hypertension drug to breast cancer…

Long-term use of calcium-channel blockers is suspected to increase breast cancer risk. These blood pressure drugs help to relax and open narrowed blood vessels by preventing calcium from entering smooth muscle cells of the heart and arteries. When this happens, the heart contracts more strongly, increasing blood pressure.

Which medication is right for you?

Despite what these studies have shown, those in the medical field are skeptical.

Many argue that the benefits of ACE inhibitors far outweigh any potential risks, including reductions in deaths.

Knowing all of this makes it even more challenging to know which of all those blood pressure medications is right for you.

If you have a family history of breast cancer, is a calcium-channel blocker a bad choice?

If you are a smoker who has already increased your risk of lung cancer, are you better off avoiding ACE inhibitors?

Of course, a conversation with your doctor is always in order before you consider changing medications. Other conditions you have may affect the decision as well…

For example, people with asthma generally should avoid beta blockers, which can constrict airways. And diuretics are usually not advised for those prone to constipation since they reduce the amount of fluid in the body and restrict bowel function.

Alpha blockers reduce the muscle tone of artery walls. They can produce low blood pressure and dizziness when standing up. That’s probably why they are on the Beers list of blood pressure drugs that seniors should avoid.

If you have not been diagnosed with hypertension, now is the time for natural prevention so you can possibly avoid this confusing — and dangerous — web of medications.

Food and exercise are two of the strongest ways to keep your blood pressure under control. The DASH and Mediterranean diets have long been connected to better blood pressure numbers and in some recent studies, exercise proved just as effective as medication at lowering blood pressure.

If you have been diagnosed, there’s no reason you can’t see what diet and exercise can do for you. Maybe you’ll be able to come off medications with the help of your healthcare provider.

To that end, here are six articles that offer alternatives to better blood pressure drugs through diet and lifestyle changes.