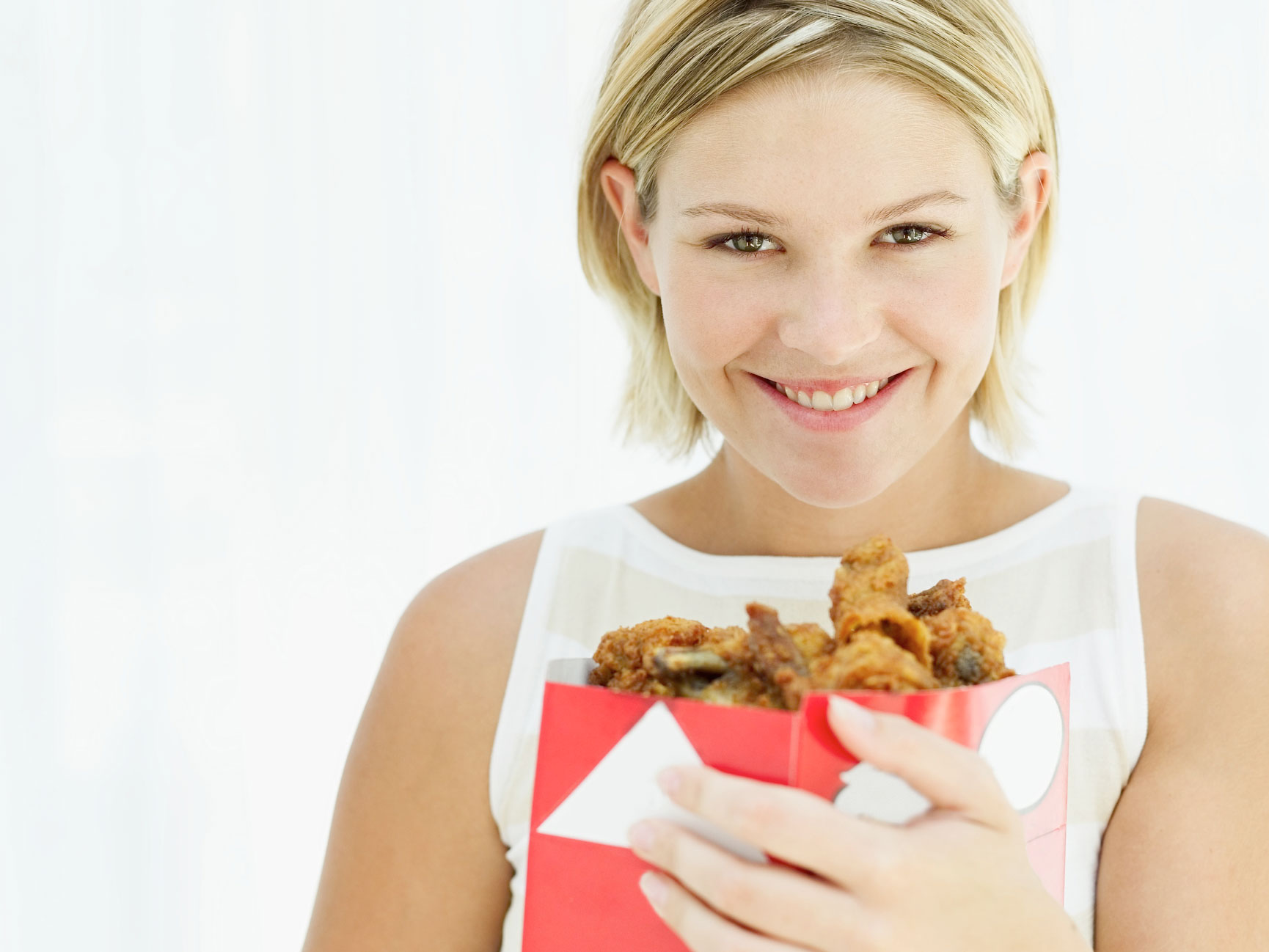 There’s no end to the list of delicious fried foods you’re not supposed to eat.

But that doesn’t mean you don’t indulge from time to time. I know, personally, I couldn’t turn down a mozzarella cheese stick if my life depended on it. Which leaves me to wonder…

Does my life depend on it? How dangerous is fried food, really?

I’d like to know how much irreparable damage I’m doing next time I get down on some gooey, fried mozzarella goodness.

Luckily, a new study sheds an unflattering light (like the kind you find in big box store dressing rooms) on fried foods…

The sacrifice you make for fried food, according to science

What’s the true price of gliding through the Kentucky Fried Chicken drive-thru and scarfing a few chicken legs in the car?

Fewer years of life, that’s what.

The study included about 20 years’ worth of data for nearly 107,000 women between the ages of 50 and 79. These women filled out dietary questionnaires in the 1990s and researchers tracked their health in the years following.

Within those two decades, women who ate at least one serving of fried food per day faced an eight percent higher risk of early death and death from cardiovascular disease. The good news?

They didn’t have a higher cancer risk.

So, eating fried food every day isn’t a great idea. But on occasion? It probably won’t kill you… at least not that much sooner than you would’ve died anyway.

I did notice, however, that there were certain fried foods identified in the study that I don’t immediately think of as fried foods… like tortilla chips, crackers, and snacks. That means I’m eating more fried foods than I realized. And you might be too.

Another important morsel from this study? Some fried foods raised death risk more than others. Fried chicken and shellfish were the worst offenders. Miscellaneous fried foods like French fries, crackers, tortilla chips, and snacks were less dangerous.

So, if you’re going to indulge, choose friend snacks instead of fried fish and meat. And after you get your fried food fix, drink a cup of green tea to cleanse your palate and counteract the insulin resistance and brain fog that comes with eating foods filled with unhealthy fats.