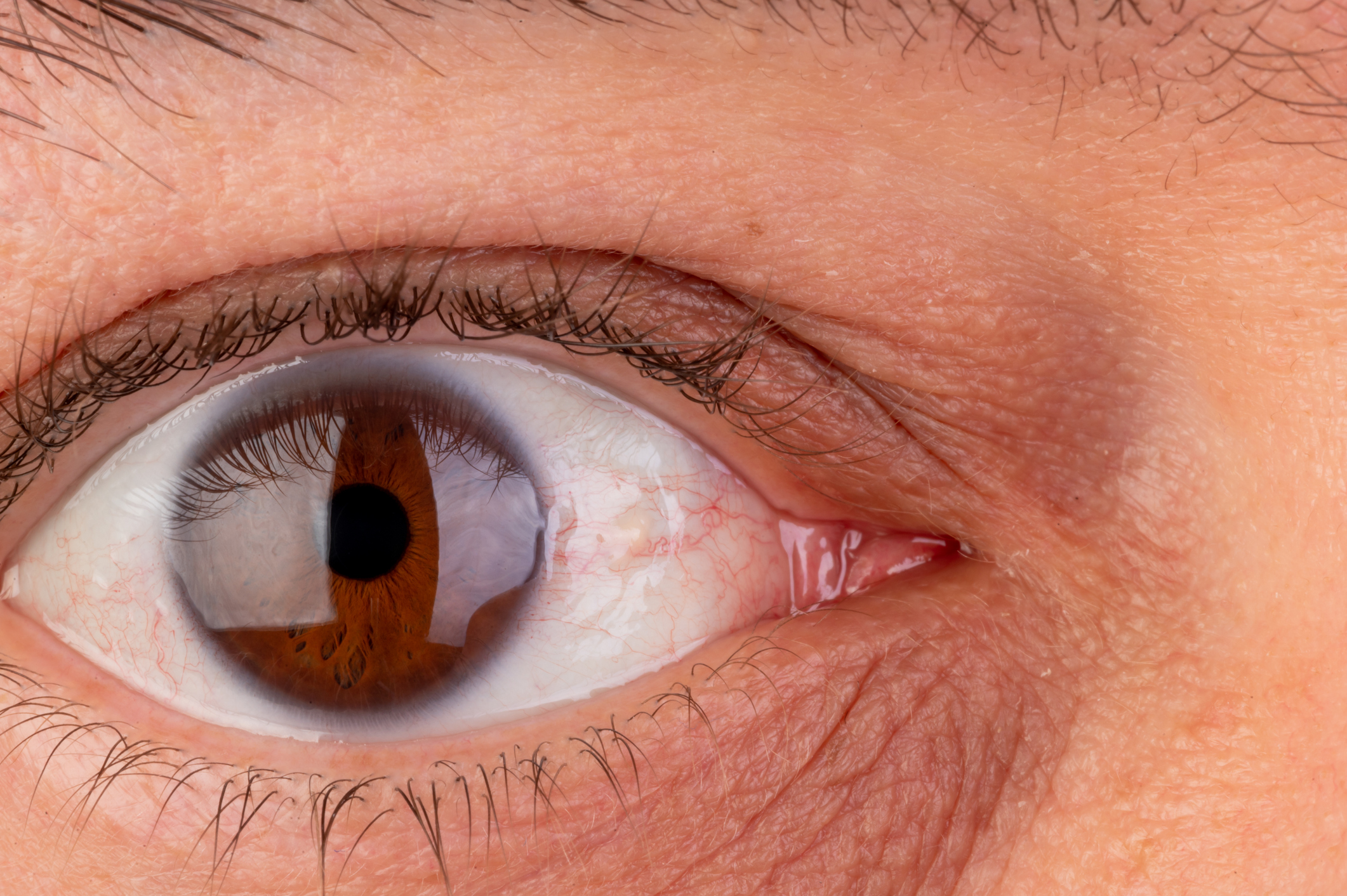 Many of us have heard of age-related macular degeneration (AMD), a leading cause of vision loss in people aged 50 and older. But we may not be familiar with exactly how the condition develops.

AMD is a problem affecting a part of the retina, the layer of cells lining the inside back wall of the eye that sends signals to the brain that allow us to see images.

With AMD, you lose your central vision, which is processed through the macula in the center of the retina. While you can still see things peripherally — for instance, the numbers on an analog clock face — you can’t see details in the center, like the clock’s hands.

There are two types of AMD: dry and wet. The most common is the dry form, which affects 8 out of 10 AMD patients. With dry AMD, the macula gets thinner with age, and yellow protein deposits called drusen grow under the retina. Dry AMD causes gradual vision loss, and there is no way to treat it.

Although wet AMD is less common, it’s far more serious because vision loss occurs much more quickly. Wet AMD occurs when abnormal blood vessels start growing under the retina and scar the macula by leaking blood or other fluids.

One of the problems with diagnosing AMD is many people don’t realize they have it until their vision is noticeably blurry. An ophthalmologist can test for early signs of AMD, but few people see their ophthalmologist regularly enough to catch those. And even if they do have regular visits, the ophthalmologist’s tests still rely on picking up blurred spots in the patient’s vision, which means they’re already losing their sight.

That’s why researchers have been studying whether it’s possible to catch AMD even earlier. And one team has discovered there may be warning signs of sight loss present in people with AMD whose vision is still perfectly clear…

Genetic risk and the condition of the retina

A recent study in the United Kingdom found the signs of AMD can set in even before a patient’s vision begins to deteriorate. This is earlier than previously thought and opens the door for research into earlier treatment to help slow the onset of the condition.

According to the results, if participants with healthy eyes and no AMD history had the genes that put them at risk of AMD, they had thinner retinas and photoreceptors than those who didn’t carry those genes. Photoreceptors are special cells in the retina that allow us to see colors and give us our night vision.

“At the moment most treatments for AMD only start when patients already have severe problems with their eyesight, so it is really important that we understand more about what causes it,” says study lead Andrew Lotery, professor of ophthalmology at the University of Southampton. “These results help us understand the very early stages of the disease, before it is clinically apparent. If we can intervene at an earlier stage, we are more likely to be able to preserve sight.”

Identifying the thinning of photoreceptors is particularly important, since previous research hasn’t fully explained which cells in the eye are first affected by AMD. Researchers say this allows them to further understand the early stages of AMD and will help identify which eye cells further research should target. It also helps them select participants for future trials who are most at risk of AMD.

How to moderate other AMD risk factors

While more research is needed to identify a treatment for AMD, knowing how to look for these early signs can allow individuals with AMD to make lifestyle changes to reduce their risk of early vision loss.

Some risk factors for AMD can’t be changed, like being white or over the age of 50, or having a family history of AMD. But you can influence risks like smoking, eating a diet high in saturated fat, being overweight or having high blood pressure or heart disease.

For instance, Lotery recommends quitting smoking and switching to a Mediterranean-style diet to help prevent AMD progression. Adopting a Mediterranean diet can also help with weight loss and reduce blood pressure, cholesterol levels and risk of heart disease — which in turn can lower your AMD risk.

The Mediterranean diet is also great for making sure you get plenty of eye-healthy foods such as dark, leafy greens like spinach and kale, colorful carotene-rich vegetables like carrots, squash, red and green bell peppers and antioxidant-rich berries. Adding fatty fish like salmon to your diet is also good for potentially lowering your risk of early or advanced AMD.

When it comes to treating macular degeneration, especially the dry type, the American Academy of Ophthalmology recommends nutrition that can slow progression, especially of dry AMD.

In fact, two particularly potent antioxidants, lutein and zeaxanthin, can both guard against AMD and help save your vision by protecting your eyes from the damage caused by blue light.

The blue light emitted by tablets, smartphones, computers and flat-screen TVs can cause eye strain, headaches and sleep disruptions. And some studies are investigating its effects on changes to the retina in AMD.

In addition to lutein and zeaxanthin, the AREDS and AREDS2 studies also found these vitamins and minerals may slow dry AMD if taken daily:

What Is Macular Degeneration? — American Academy of Ophthalmology