Home » The surprising connection between MS and the sun 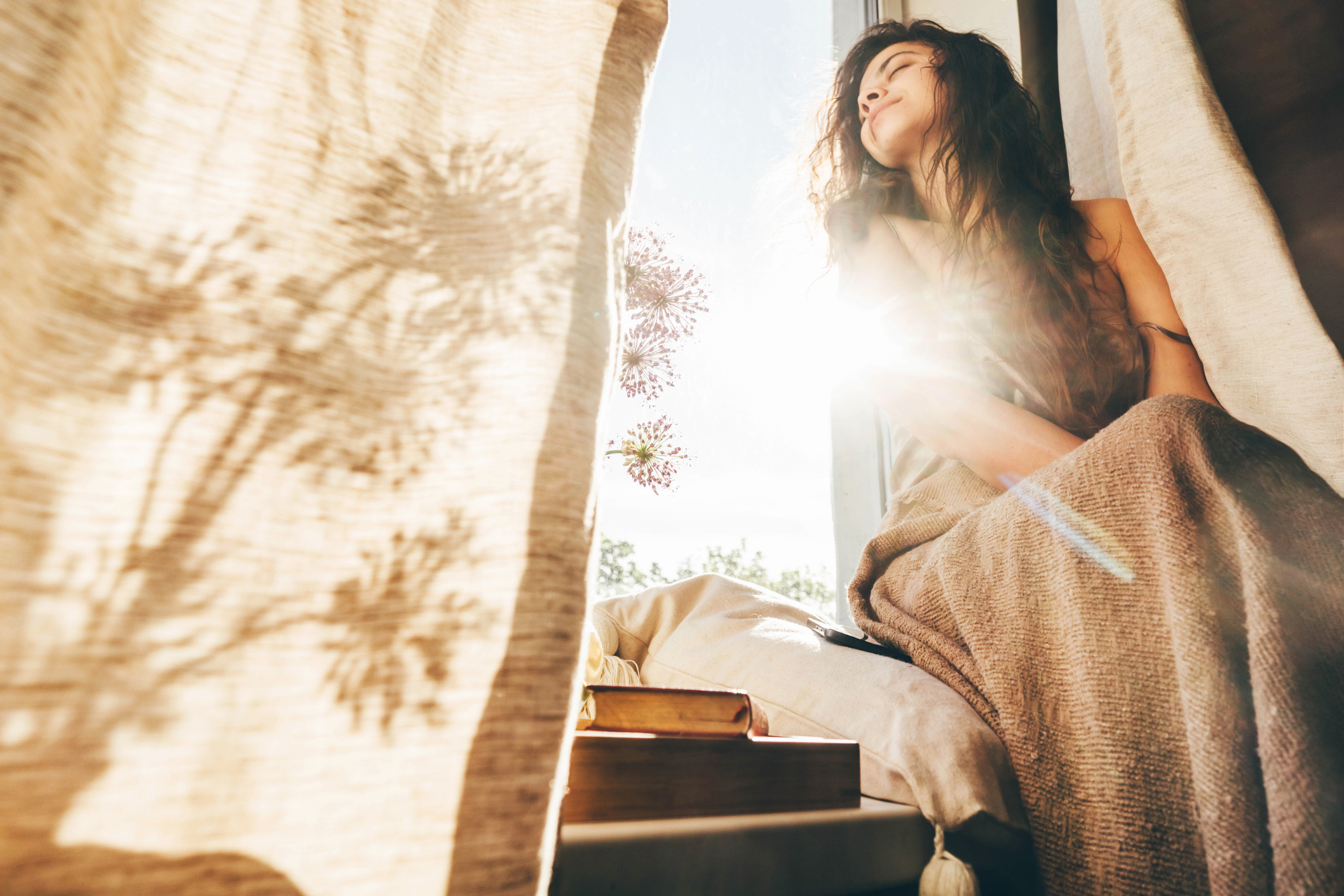 Like most redheads, I tend to avoid sunshine. When I was a kid, SPF 6 sunscreen was the best protection my mother could find — and I could barely stand still long enough for her to apply it once, let alone every couple of hours. So every summer turned into painful sunburn season for me.

My adult self has been a lot wiser. If I’m going to be outside for longer than 15-20 minutes, I either stay in the shade, wear long sleeves and a hat or slather on the sunblock.

But lately, I’ve been worried that in all my efforts to protect my skin from damage, I’ve been depriving myself of the many health benefits of sunlight. For instance, spending an hour in natural daylight in the morning can reduce stress levels and help you sleep better at night. It might even help you with weight loss!

Sunlight also boosts serotonin levels, which helps improve your mood and keep you calm and focused. This is why a lot of people tend to experience a dip in their mood and may even suffer from seasonal affective disorder during the shorter days of the year when it can be tough to get out in the sun.

Most importantly, spending time in the sun is necessary for our bodies to make vitamin D. This hormone is essential for strong bones and contributes to the health of your muscles, heart, brain and immune system. And a new study suggests it may even protect against younger people from developing a dreaded autoimmune disease…

Sunlight may offer protection against MS

MS usually develops in adults between the ages of 20 and 50. But about 3 to 5 percent of the estimated 1 million MS sufferers in the U.S. begin experiencing symptoms as children.

According to the study results, 19 percent of the participants with MS reported spending less than 30 minutes daily outdoors during the previous summer, compared with 6 percent of those who did not have MS. When adjusting for risk factors like smoking and female sex, they found participants who spent an average of 30 to 60 minutes outdoors every day had a 52 percent lower risk of MS compared with those who spent an average of less than 30 minutes outdoors daily.

“Sun exposure is known to boost vitamin D levels,” says co-senior author Dr. Emmanuelle Waubant, professor in the UCSF Department of Neurology. “It also stimulates immune cells in the skin that have a protective role in diseases such as MS. Vitamin D may also change the biological function of the immune cells and, as such, play a role in protecting against autoimmune diseases.”

The study also found a link between MS and sunlight intensity, with researchers estimating that Florida residents would be 21 percent less likely than New York residents to have MS. In addition, they noted that the longer the sun exposure, the lower the risk, and that even exposure in the first year of life seemed to protect against MS.

One interesting note, according to Waubant, is that the use of sunscreen does not appear to reduce the therapeutic effects of sunlight in protecting against MS. Further trials are needed to determine if “increasing sun exposure or vitamin D supplementation can prevent the development of MS or alter disease course post-diagnosis,” she adds.

In the meantime, though, she says it may be worthwhile to advise spending 30 minutes a day in the sun, especially during summer, using sun protection as needed — especially if you are a first-degree relative of someone with MS.

How much sunlight do you really need?

Low levels of sun exposure and/or vitamin D have been associated with other autoimmune conditions such as type 1 diabetes, Crohn’s disease and lupus. It has also been linked with schizophrenia, Parkinson’s disease and Alzheimer’s disease and other forms of dementia.

So, no matter your age, a healthy dose of sunshine is important.

It’s amazing how much vitamin D your body produces after a half-hour of sun exposure. In fact, one study found that spending 30 minutes in the summer sun in a swimsuit — without sun protection — can lead the body to produce as many as 50,000 IUs of vitamin D, depending on how light your complexion is.

Unfortunately, the UVB rays that initiate vitamin D production are the same rays that cause sunburn. So if you’re as pale as I am, spending an unprotected 30 minutes in direct sunlight may not be an option.

Luckily, the World Health Organization says all you need is 5 to 15 minutes of sunlight on your exposed arms, hands and face two to three times a week to boost your vitamin D levels. Just make sure you’re not wearing any sunscreen, as that will block the UVB rays you need to make vitamin D.

If even getting that much sunlight is a challenge, you can try adding a vitamin D supplement to your daily regimen. But make sure it’s one that contains vitamin D3, the form your body absorbs most quickly and easily.