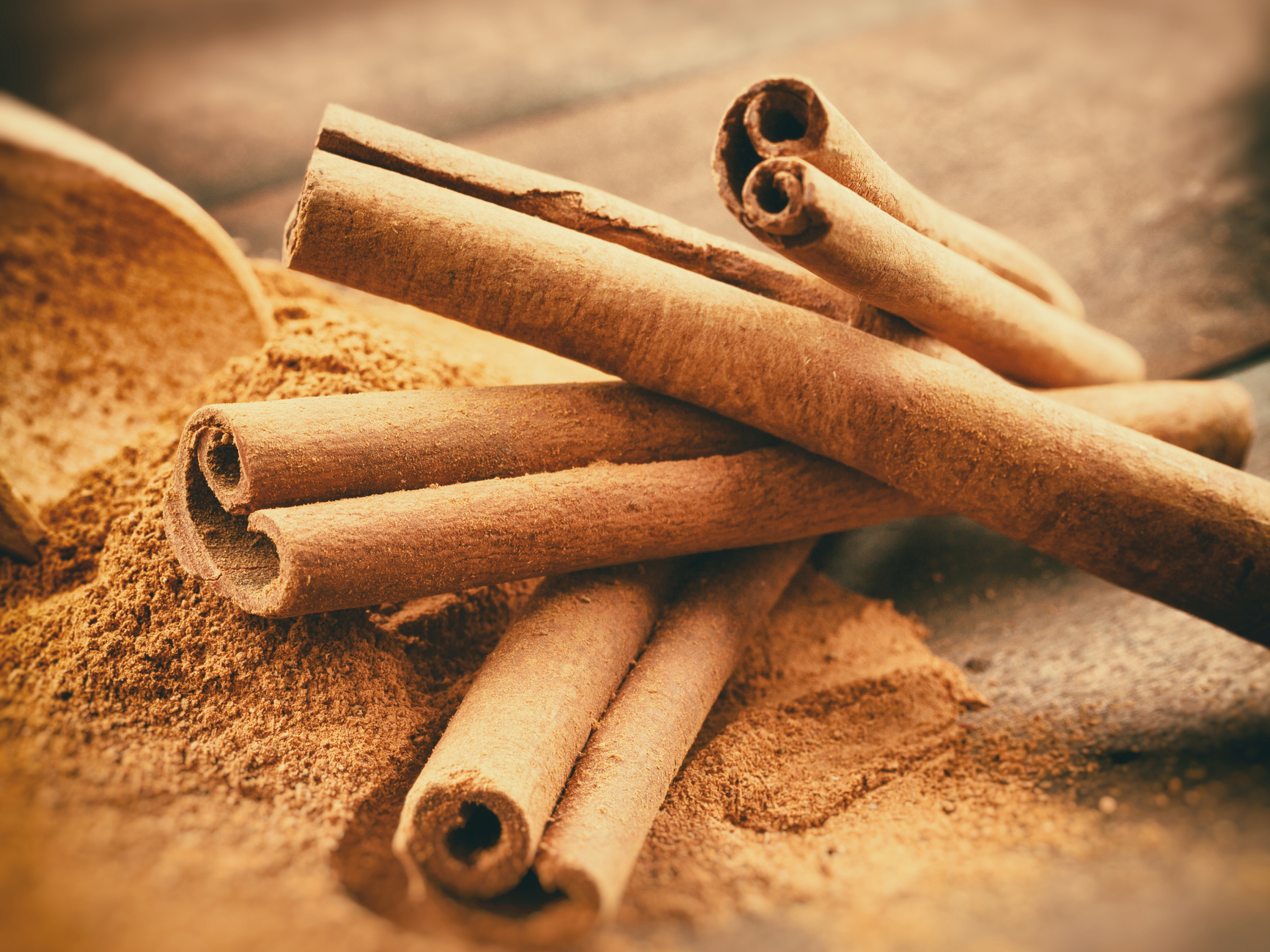 Did you know that more herbs are among the foods with the highest antioxidant value?

We know that cinnamon is loaded with powerful antioxidants such as polyphenols.

How does this translate into health and healing? Let me give you a few examples.

In one study, researchers tested cinnamon supplementation in diabetic rats. They measured their body weight, glucose, insulin, liver glycogen, glycosylated hemoglobin (HgbA1C), total cholesterol, triglycerides, and antioxidants (such as glutathione) and compared them against a diabetic control group.

After 28 days, the diabetic rats given the cinnamon extract (Cinnamomum tamala) showed significantly decrease blood glucose, HgbA1C, and total cholesterol compared to controls. In fact, supplementation had antidiabetic effects comparable to glyburide, a prescription medication commonly prescribed for diabetes in humans. You should be aware that glyburide may also come with up to 47 adverse side-effects.

In humans, we see similar beneficial effects of cinnamon. For example, in a small (30 men, 30 women) placebo-controlled study in type 2 diabetes, subjects consumed 1, 3 or 6 grams of cinnamon daily for 40 days.  All three levels of cinnamon reduced fasting blood glucose (18-29%), triglycerides (23-30%), LDL-cholesterol (7-27%), and total cholesterol (12-26%), and there were no significant changes among those in the placebo.

Cinnamon and Alzheimer’s and Parkinson’s diseases

We have known for years that cinnamon can protect us from developing neuroinflammation, and more recently cinnamon extract was shown to significantly reduce already diseased nerve cells in vitro (the lab). Cinnamaldehyde was the most potent of the active cinnamon compounds.

Furthermore, two compounds found in the spice appear to inhibit the buildup of the tau protein in the brain, which is one of the hallmarks of Alzheimer’s disease.

In a study in mice with Parkinson’s disease cinnamon was found to protect neurons, normalize neurotransmitter levels and improve motor function.

Extensive research from 2000 to 2011 indicates that supplementation with spices such as turmeric, red pepper, black pepper, licorice, clove, ginger, garlic, coriander, and cinnamon are proven to target inflammatory pathways, and shown to prevent neurodegenerative diseases. But when it comes to studies on people with Alzheimer’s and Parkinson’s disease, I am a bit baffled as to why scientific publications continue to tell us we need well-designed studies on cinnamon and other spices in neurodegenerative diseases to be done in humans.

For example, a 2013 review of 734 articles in the scientific literature on cinnamon extract reported “minimal toxic and adverse effects” along with the following benefits:

They (annoyingly) conclude, “However since data on humans are sparse, randomized controlled trials in humans will be necessary to determine whether these effects have public health implications.”

Meanwhile, my Harvard colleagues aren’t too keen on the spice. They have posted an editorial with a picture of cinnamon rolls (inflammatory food, very poor example of cinnamon supplementation) entitled, “Can cinnamon be used to treat Parkinson’s disease? Probably not.”

But authors, even as recently as 201,7 conclude, “Spices… may provide more than just flavors, but as agents that may prevent or even halt neurodegenerative processes associated with aging.”

Cinnamon and cancer and more

Many studies are proving the anti-cancer effects of cinnamon including in leukemia and colon cancer — just not yet in humans. But as mighty as this tasty herb is proving to be, I wouldn’t be surprised if see research heading in that direction.

Of course, you don’t have to wait for scientific approval to put a little extra cinnamon to work for better health. So much of its benefits are already suggested to improve other conditions. For example, and I talk about this in my book, The Part-Time Health Nut, I consider (and list it) as one of the top ten superfoods everyone should be eating. Then on page 199, there are references to its blood sugar-lowering effects. You’ll actually find it scattered throughout the book because it’s helpful in many areas of health.

Related: In the kitchen with Kelley: Slow cooker honey-glazed nuts with cinnamon

And here’s the thing about waiting for studies to give you the green flag: You never know who is funding a study and what their motives are. Then there’s always the risk of something in nature working so well, that the pharmaceuticals turn it into a drug that you end up paying a higher cost for.

To healing from medicinal spices and feeling good,