Home » The cold, flu, sinus-allergy tonic you can make at home 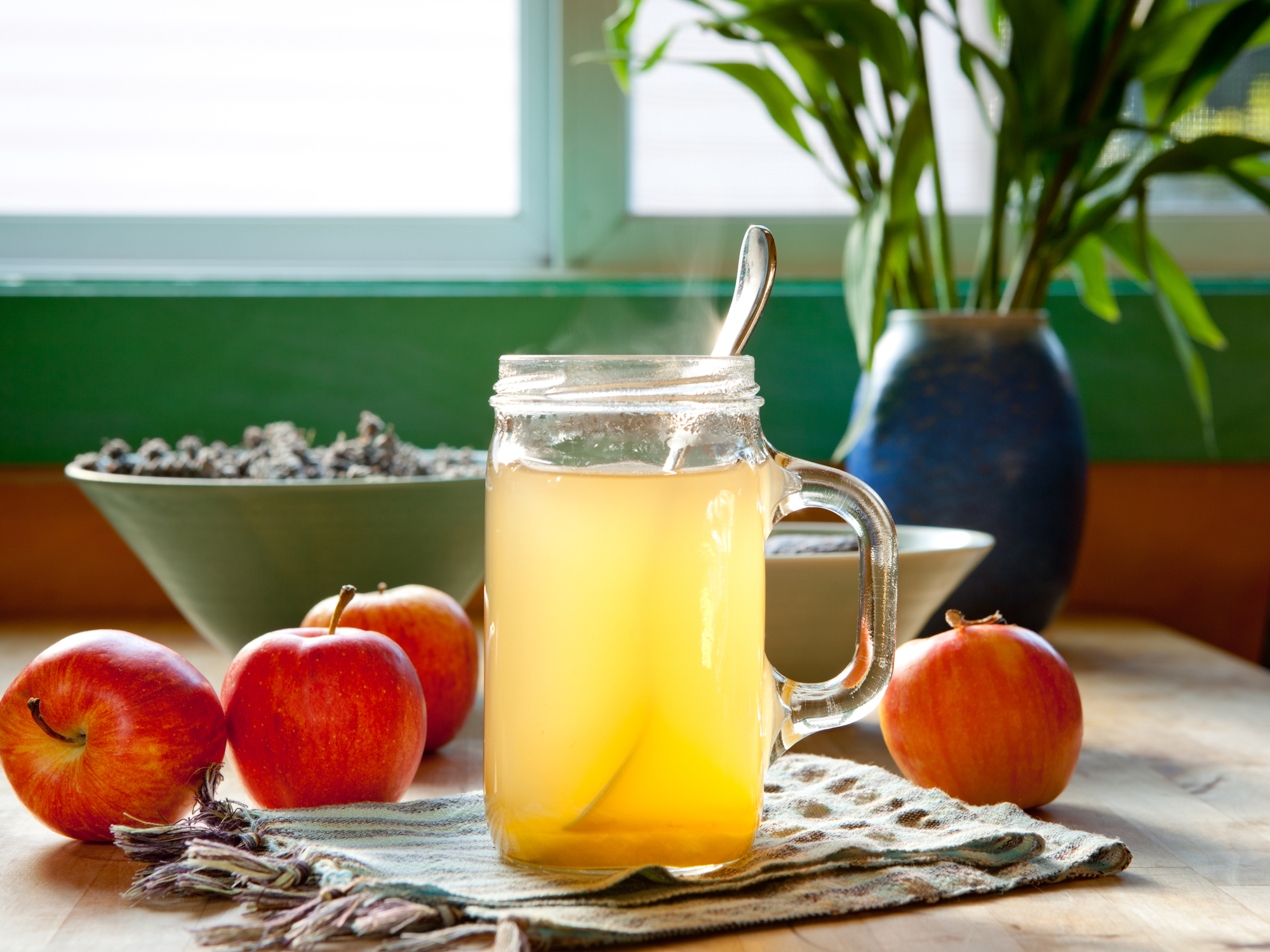 Well, you can call me old-fashioned if you want to, but there’s a lot of modern science behind the amazing health-boosting ingredients that come together to make a health tonic known as fire cider, starting with apple cider vinegar…

Traditionally used to detoxify the liver, stimulate circulation, and strengthen the immune system, apple cider vinegar has been researched for its ability to reduce the risk of other ailments, including infection, diabetes, obesity and even cancer

But did you know that you can use apple cider vinegar as the base for a high-powered drink that’s good for everything from the flu to indigestion?

People who consume ACV for health purposes usually drink a daily glass of warm water with some ACV mixed in. But you can take ACV’s health benefits to a whole new level by using it as a starter for a spicy fermented beverage that taste much better than that…

Fire Cider: the drink that packs a punch

As far back as 400 B.C., ACV was infused with honey to treat coughs and colds.

But when you make fire cider, honey is just the icing on the cake.

With snow and wind still hanging on, a steaming glass of fire cider can light those fires in your body, keeping you warm and healthy when it’s frigid outside.  It acts as a powerful decongestant, soothes the throat and stomach, and can be just as soothing as a glass of hot tea.

But that’s not all. Those who swear by it will tell you it eases arthritis pain, allergies and helps keep you regular, too.

And it’s no wonder, because this warm, fragrant drink combines the health benefits of at least six different superfood all-stars…

So, what’s in fire cider?

Fire cider is such a powerful tonic because it contains some of the most nutrient-rich foods, herbs and spices known to man, including…

Garlic. A member of the allum family, garlic is high in flavonoids like quercetin and kaempferol, as well as polyphenols that fight oxidative stress.

The allum family is so-named because it contains allicin, which is antiviral and antibacterial. Other members of this family include white or red onions, shallots, and leeks. You can try them in your fire cider, too!

Related: These vegetable pull double duty to keep you healthy

Horseradish root. This root vegetable acts as a digestive stimulant by increasing gastric juices.  It also promotes perspiration, which can help to break a fever. And you probably know that a whiff of horseradish can clear almost any nose!

In addition, horseradish is mildly antibacterial. It is often used in treating urinary and respiratory tract infections.

Ginger. Ginger is widely used in both Chinese and Ayurvedic medicine as an expectorant, and to produce perspiration. It also stimulates the immune system and is well-known for soothing nausea.

Hot peppers. The chemical capsaicin in hot peppers increases circulation and mucous secretions, both helpful in the early stages of cold or flu. And, it turns out, researchers from the University of Vermont found that a love of red hot chili peppers could reduce your risk of dying by 13 percent.

Thyme. This fragrant herb is antibacterial, as well as being an expectorant and digestive aid. A member of the Labiatae family of plants, thyme contains a phenol called carvacrol — a potent germ fighter studied extensively for it antimicrobial effectiveness against pneumonia, E. coli and MRSA.

Turmeric. Research has shown that this yellow spice lowers risk of heart disease, and has been shown to increase levels of BDNF, a hormone that maintains healthy brain function.

Why add turmeric to your fire cider? Its active ingredient is curcumin, yet another strong anti-inflammatory agent.

Honey. The final ingredient in fire cider is raw honey, which sweetens the taste and adds its own antibacterial and antioxidant power. (It’s also great for soothing sore throats).

Follow the recipe below, and when it’s ready, down about two tablespoons like a shot — quick and fast to the back of the throat…