Home » Do you flail and kick in your sleep? It could mean Parkinson’s 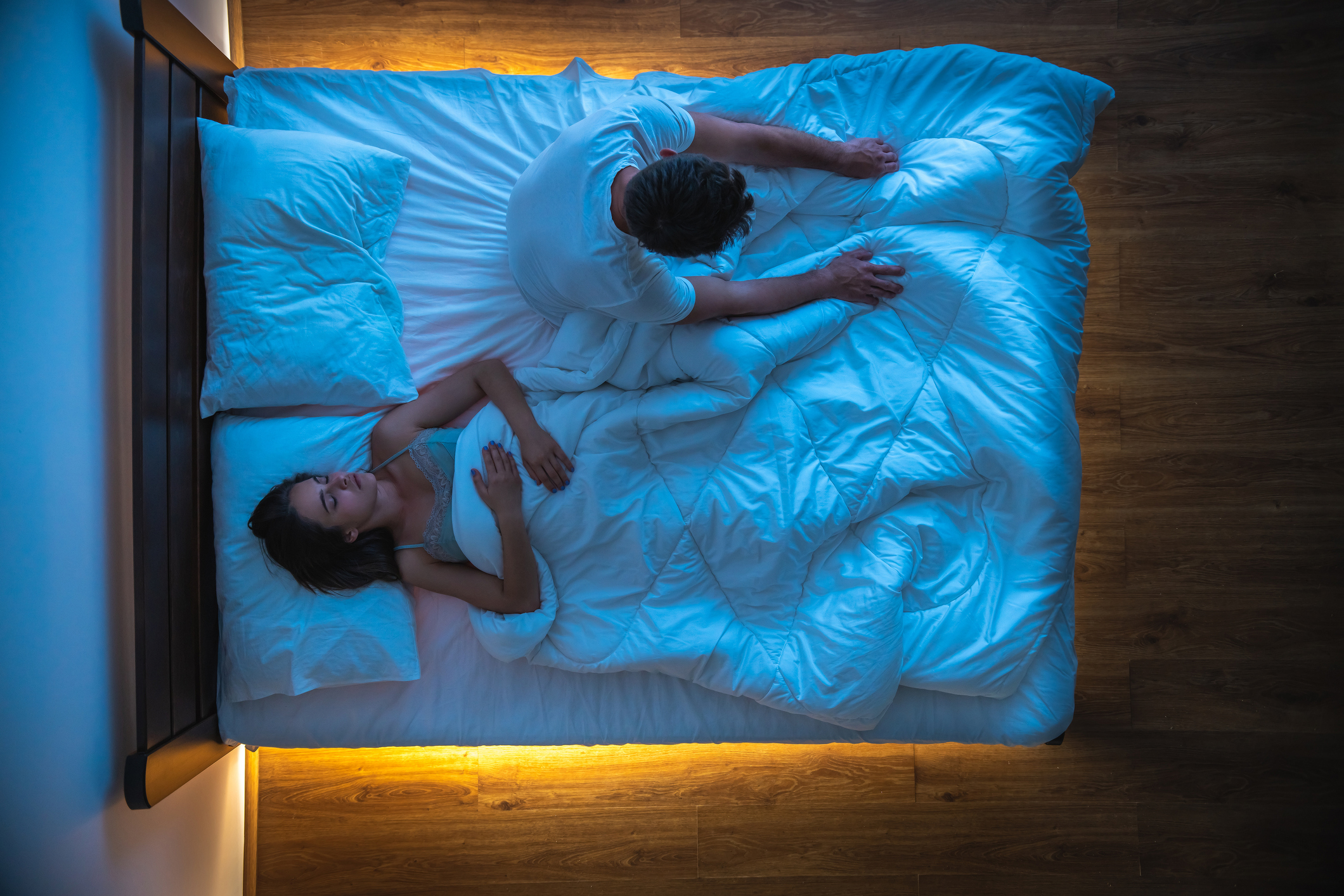 Nearly one million people in the U.S. are already living with Parkinson’s, a disease that causes tremors, stiffness and rigidity, cognitive decline and more. And that number is expected to grow quickly, adding another 200,000 people in less than a decade.

There are some factors that can help you predict your risk of the disease, such as having a family member with Parkinson’s or having suffered repeated head traumas. However, for the most part, it can be hard to know if you’ll become one of the statistics.

And even though there is currently no cure for Parkinson’s, there are pharmaceutical and alternative health methods that can help slow the disease progression. I’ll list some of that information below.

Thanks to research there could be an easy way to know if Parkinson’s could be in your future, so you could get started on slowing symptoms. Simply ask your spouse or significant other how you sleep…

A sleep disorder that can deprive your brain of oxygen

And you might have it if you sleep restlessly, flail your arms, and kick out in your sleep.

They discovered that people who sleep restlessly due to RBD have low blood flow and flow disturbances in the small blood vessels in their brain, which can lead to a lack of oxygen in brain tissue. In the long term, this can actually break down the brain tissue and lead to symptoms of Parkinson’s disease.

In fact, according to the researchers, those flow disturbances happen in the cerebral cortex and are associated with language comprehension, visual construction and recognition. They also go hand-in-hand with reduced cognitive performance.

Put simply, the researchers say that sleeping restlessly could be a very early sign of Parkinson’s.

“We can see complications in the small blood vessels of the brain in patients with RBD, although these patients don’t otherwise have any symptoms and the brain doesn’t show other signs of disease,” said researcher, Simon Fristed Eskildsen.

Other early signs of Parkinson’s disease

Additional early warning signs of Parkinson’s to be aware of include:

If you’re a restless sleeper or have any of the other early warning signs of Parkisnon’s, be sure to talk to your doctor. And be sure to consider adding nutrients to your diet that help combat symptoms and neurological damage of the disease such as tryptophan, CoQ10, NADH and melatonin. And add in phytonutrients from black tea, resveratrol and ashwagandha.