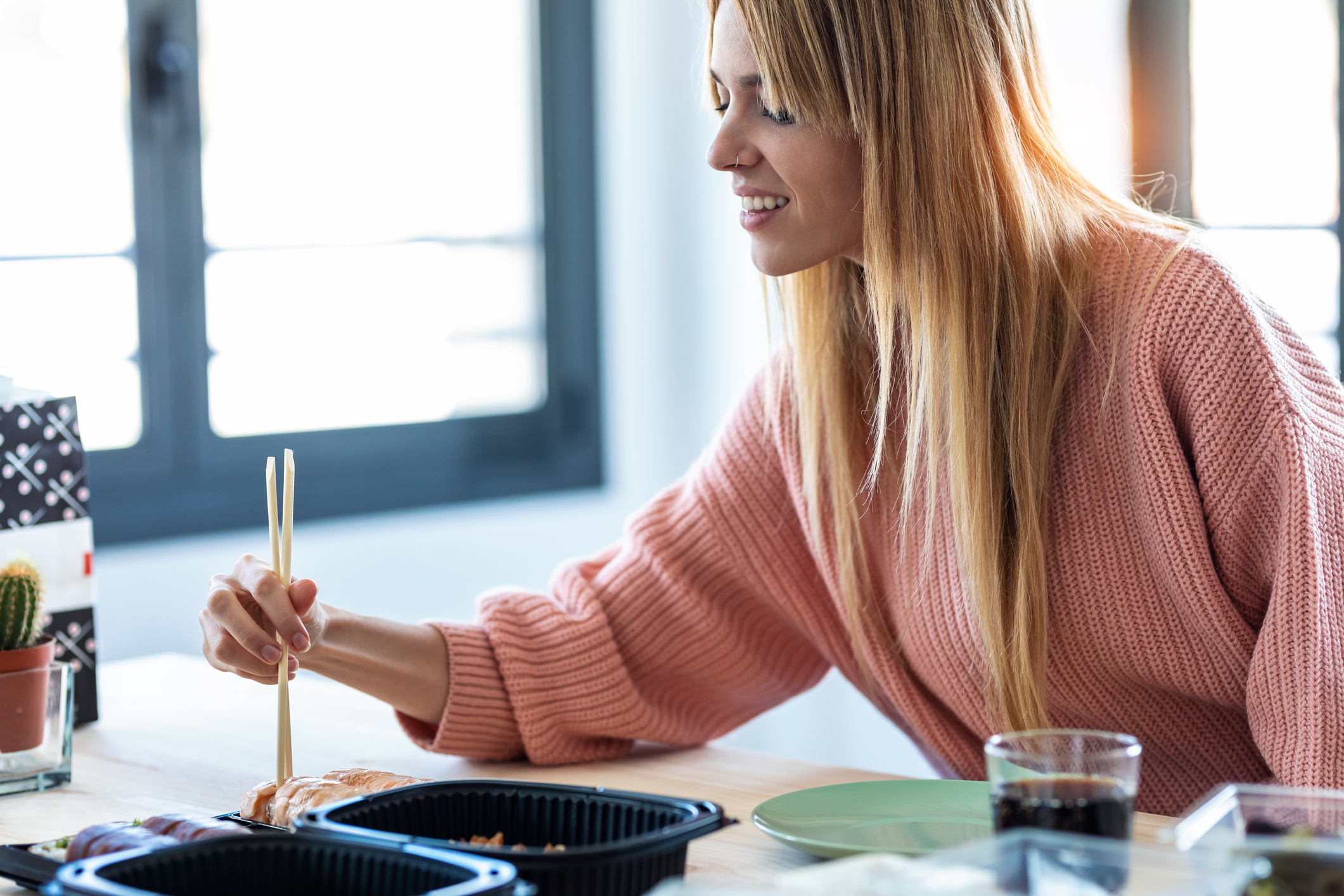 I’ll be the first to admit that I eat takeout way too often.

Even though I have the best of intentions when it comes to preparing dinner, it’s often just too tempting to go the easy route and pick up a phone than to spend hours cooking.

And thanks to the pandemic, even those among us who weren’t big takeout people before can’t help but embrace bringing food home in those handy little plastic containers since eating in restaurants was prohibited in many areas.

Along with our favorite foods and a hefty side of convenience, those takeout containers carry a mega-dose of plastic that’s finding its way into your meals.

Microplastics raining down on your food

A study reported in the Journal of Hazardous Material found that each time food is eaten out of a takeout container, you’re also eating microplastics as part of your meal.

That’s because according to the research team that investigated the issue, those takeout containers, especially ones with rough surfaces, shed microplastics like crazy.

Here’s what they found specifically…

The researchers say that based on the microplastic abundance they found in takeout containers people who order takeout food four to seven times per week may ingest 12–203 pieces of microplastics through containers.

Now, let’s just do the math on that…

That means that at the lowest level, you’ll be eating an extra 624 pieces of plastic a year.

But at the highest level, you could be ingesting a whopping 10,556 microplastic pieces each and every year!

The dangers of microplastics

Now if the thought of eating these plastics on its own doesn’t worry you, here’s where the issue comes in…

Research into the health issues with these plastics is indeed pretty new. However, Pete Myers, founder and chief scientist of the nonprofit Environmental Health Sciences and an adjunct professor of chemistry at Carnegie Mellon University points out that the chemicals in these plastics are known to be harmful.

They’ve been linked to everything from obesity and reproduction problems to developmental delays in children.

And there’s evidence in animals that they can cross the blood-brain barrier and get into our bloodstream, where they could potentially cause hormone disruption, nervous system problems, hearing issues and even cancer.

This means that anything you can do to avoid excess plastics (like cutting back on takeout food) is a vital step in protecting your health.

To cut back on the microplastics contaminating your body, you can also:

What else can you do? Eat cleansing foods. It may not be possible to cleanse actual pieces of microplastics from your body, but certain foods have been shown to help remove plasticizers — chemicals like phthalates and parabens found in plastics.

The Functional Medicine University suggests that two or more servings daily of Brassica or cruciferous vegetables revs up detoxification of plastics. They bind to the chemicals and remove them from the body in a process called chelation. So, make the following foods part of your diet: broccoli, Brussels sprouts, cabbage, cauliflower, arugula and dark leafy greens, like kale.

You’re literally eating microplastics. How you can cut down exposure to them. — The Washington Post